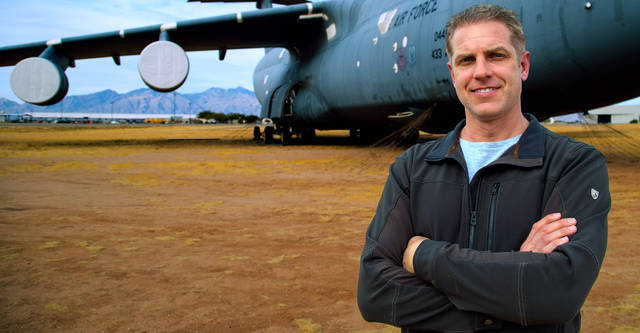 Smithsonian Networks is a joint venture between CBS Corporation’s Showtime Networks and the Smithsonian Institution comprising of the Smithsonian Channel, Smithsonian On Demand, and smithsonianchannel.com. Inspired by the Smithsonian Institution’s museums, research facilities and magazines, the network’s content features original non-fiction programming that covers a wide range of historical, scientific and cultural subjects. Last year, around mid October, Smithsonian channel announced its plans to launch four original non-fiction series for the year 2019. These four series which premiere in the first two quarters of this year, are ‘America’s Hidden Stories’, ‘Disasters at Sea’, ‘Apollo’s Moon Shot’, and ‘Inside Mighty Machines’.

‘Inside Mighty Machines’ delves deep into the heart of innovations that were instrumental in building the most mindblowing machines of the world. Hosted by ex-NASA jet engineer Chad Zdenek, the new six-part series aims to dismantle ‘mighty machines’ in order to unveil the marvelous engineering principles that drive them. “Its been a privilege to get up close and personal with these extraordinary mega-machines to see what makes them tick,” says Zdenek. He adds, “From the gravity defying hovercraft to the behemoth Nimitz-class aircraft carrier, we’re taking viewers under the hood of the most impressive engineering feats in the modern era of mechanics.”

Inside Mighty Machines Cast: Who’s in it?

Produced by Edward Hart of Rare TV, the new non-fiction series ‘Inside Mighty Machines’ is structured in a documentary format with each episode dedicated to a separate “Mega Machine”. Alisa Orr, Belinda Cherrington and Tony Lee serve as executive producers of the show, and are joined by John Cavanagh, Charles Poe and David Royle from the Smithsonian Channel.

Each episode follows host Chad Zdenek working alongside salvage teams as they take the giant machines apart piece by piece. Zdenek is an ex NASA engineer and a co-host on the G4 show ‘It’s Effin’ Science’. Previously, he has worked a total of seven years for Boeing in the Space Shuttle Main Engine group focusing on liquid hydrogen and liquid oxygen turbo machinery. In 2007 Zdenek was picked up by the G4 network to be the expert engineer on the reality show ‘Human Wrecking Balls’. All that said, it should come as no surprise that Zdenek was Smithsonian’s first choice to host their new show.

Inside Mighty Machines Plot: What’s it about?

Titled ‘Jumbo Jet’, the premiere episode of ‘Inside Mighty Machines’ takes host Zdenek to Mississippi as he joins a dismantling team to take on the game changing, legendary, aviation masterpiece Boeing 747. As the plane is decommissioned, host Zdenek and his team cuts through the inner workings of the cabin, cockpit, and four massive jet engines to dismantle the plane into six million parts! While in the process, Zdenek understands why and how these planes are built, the mechanics which made them soar, and the magnificent underlying engineering that made the Boeing 747 a legend of aviation.

The following episode titled ‘Power Plant’ follows Zdenek to North Carolina, in his attempt to dismantle and eventually implode the 100-year-old coal power plant named Buck Steam Station. At its peak, the power plant was burning up to 20,000 tons of coal per day, and powering up to a thousand homes. Before the show’s production team rigs the plant with 300 explosive charges, the cameras get inside to capture the action as the century old boilers, turbines, condensers and generators are torn apart, revealing how coal power helped build 20th century America.

The third episode takes host Zdenek to Southampton, England in his search for the hovercraft named Princess Margaret. As the crew strips down what was once the largest hovercraft in the world, Zdenek uncovers the principles that allow this 300 ton amphibious craft to hover weightlessly over both ground and water with equal ease. Zdenek finds the unlikely, seemingly arbitrary connection between the era of mighty passenger hovercrafts and its surprising, untimely end brought by cheap alcohol. Subsequently, he joins the crew of a LCAC, the U.S. Navy’s state of the art military hovercraft, deployed in some of the world’s most extreme conditions.

Titled ‘Deep Sea Oil Rig’, the fourth episode follows host Chad Zdenek as he joins a team that is pulling off the massive engineering feat of dismantling the North Sea’s biggest oil rig. As the 400 foot high monstrosity is towed ashore and eventually dismantled, Zdenek reveals the story of how against the backdrop of a global oil crisis, deep water oil engineers raced to build an enormous machine to drill through the sea bed in their search for petroleum. Simultaneously, he unearths the numerous mechanism systems that enabled the rig to pump nonstop during its 40 year lifespan.

Joining a team of mechanics responsible for stripping down and rebuilding the biggest aircraft in the U.S. Air Force’s arsenal- the Lockheed C5 Super Transporter, Zdenek realizes what it takes to get a massive 380,000 pound plane, plus its cargo airborne and back on the ground in tight combat zones. While inside this mammoth flying ship, Zdenek discovers how ingenious engineering overcame the design flaws that once grounded the entire C5 fleet. Cheekily titled ‘C5 Galaxy’, this episode serves as the fourth installment of the series ‘Inside Mighty Machines’.

The sixth and final episode titled ‘Aircraft Carrier’ takes the audiences inside the groundbreaking invention of the U.S. aircraft carrier. Zdenek meets the crew of mechanics, engineers and sailors who maintain the USS Carl Vinson, an incredible floating city that’s at the forefront of military technology. Embedded on board, he understands  the enormous engineering designed to launch a 30 ton aircraft into the sky, and then catch them again as they land at over 100 miles per hour.

Inside Mighty Machines Season 2 Release Date: When will it premiere?

‘Inside Mighty Machines’ season 1 premiered on April 28, 2019. As far as the next season goes, we don’t have an official announcement yet. Though considering there are plenty of avenues left to be explored, we are sure the show will get another season. Our best guess is that if the show does get renewed, ‘Inside Mighty Machines’ season 2 can release sometime in April 2020. We will update this section as soon as we hear more.

While we wait for’Inside Mighty Machines’ season 2, check out this trailer of season 1 to get a glimpse into the world of Mega Machines that awaits you!