Where to Stream Inside Out? 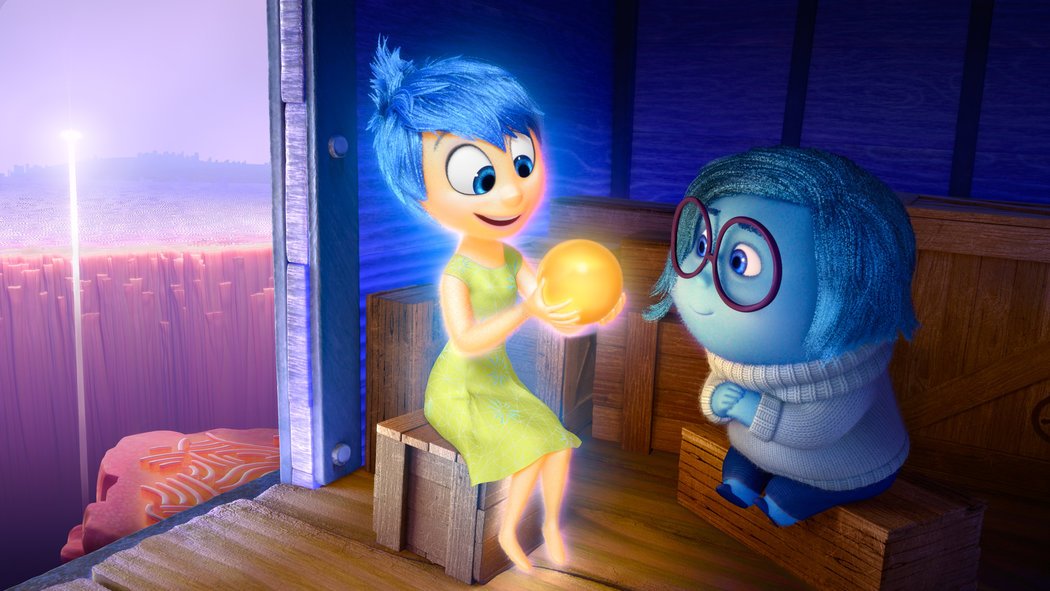 Animated movies do not get much better than ‘Inside Out‘. The film works on the premise that human emotions have an effect on interpersonal relationships. Basically, the movie takes place inside the mind of a young girl. We see five personified emotions there: Joy, Sadness, Fear, Anger, and Disgust. These emotions try to get her through life while the young girl and her parents try to adjust to new surroundings after having moved from Minnesota to San Francisco.

Notably, the director, Pete Docter, began developing the movie in 2010 after he noticed his daughter’s personality was changing as she grew older. ‘Inside Out’ has been praised for its concept, story, screenplay, music, and voice acting. Naturally, now you must be wondering where you can watch the film. We are here to tell you that, but first, let us walk you through the plot of the film.

What is Inside Out About?

When ‘Inside Out’ starts, we see that a girl named Riley is born in Minnesota and the different emotions Joy, Anger, Disgust, Sadness, and Fear come to life. They cause her to do things through a console. As Riley grows up, her experiences become memories which are stored inside her mind in colored orbs. They are sent to long term memory each night while her most powerful memories or core memories get housed inside a hub. These shape her personality which appears in the form of floating islands. Joy usually acts as the leader and since she cannot understand Sadness’ purpose, she usually keeps the emotion away from the console.

When Riley moves to San Francisco with her parents, things do not seem to go her way. She does not like the new house; the local pizza place only serves broccoli topped pizza and there is a mix up with the movers, so their belongings won’t arrive for weeks. To top it off, her father is very stressed at work. All of this begins to get to her and Sadness takes control of the console and begins to turn her happy memories sad. Joy tries to protect Riley to no avail. On Riley’s first day at school, Sadness causes her to cry in front of her classmates, creating the first core sad memory. Joy tries to get rid of this memory but accidentally dislodges the core memories, destabilizing the personality islands. In the struggle between Joy and Sadness, both are sucked out of the headquarters and go towards long term memory.

In Joy and Sadness’ absence, Fear, Anger, and Disgust take control of the console as Riley isolates herself from everyone around her and even acts out, running away to Minnesota. Meanwhile, the personality islands also begin to crumble and fall into the memory dump. In the long term memory section, Sadness and Joy’s adventures continue as they meet Bing Bong, Riley’s imaginary friend from childhood. Bing Bong suggests ways of getting back to the headquarters but none of them work out due to the precarious situation caused by the crumbling personality islands. Joy abandons Sadness in a moment of desperation, trying to get to the headquarters by herself. However, she and Bing Bong happen to fall into the memory dump, where memories are sent to be eventually forgotten.

Joy begins to lose hope and breaks into tears but realizes the necessity of Sadness. She realizes that the emotion causes empathy in others when she comes across a sad memory that has been turned happy when Riley’s parents and friends comforted her. Joy realizes that Sadness allows Riley to reach out to people who help her when she is overwhelmed. Joy realizes that the more she kept Riley from feeling sad, she also kept her from feeling happy. Saving Sadness becomes imperative now, but first Joy must save herself. Bing Bong helps in this regard, through self-sacrifice.

Joy and Sadness return to the headquarters to find that Anger has been at the controls for too long and the plan to take Riley back to Minnesota has rendered her apathetic. To the surprise of the other emotions, Joy gives the console to Sadness, who makes Riley return home and reach out to her parents, telling them how much she hates the move to San Francisco. Joy and Sadness go on to work in unison to form other personality islands as Riley finally accepts her new life. By the end of the movie, we move ahead by a year as we Riley is well adjusted to her new life, with friends and some new hobbies. Inside the headquarters, her emotions work on a larger console so that everyone has room to operate.

Is Inside Out on Netflix?

Netflix has an amazing collection, especially when it comes to animated content. While ‘Inside Out’ is not on the platform, you can check out ‘Coco‘, a wonderful tale of adventures involving music. The animation is truly amazing as is the film’s message.

Is Inside Out on Hulu?

Hulu has a fantastic collection of movies and television shows that sets it apart as a smart platform staying ahead of its competitors. ‘Inside Out’ is not available to Hulu subscribers as is, but if you add the Starz pack to your existing Hulu subscription for $8.99 a month, you can watch the movie. Check it out here.

Is Inside Out on Amazon Prime?

Amazon Prime has an enviable collection of movies and television shows that can perhaps only be bested by Netflix. ‘Inside Out’ is not available to Prime subscribers as is, but you can watch it on the platform by adding the Starz pack to your existing subscription for $8.99 a month. Check it out here.

Where Can I Stream Inside Out Online?

No subscription to Hulu or Amazon Prime? No worries. You can still stream ‘Inside Out’. Head over to Starz and stream the movie. Obviously, you need to have a subscription to the platform.

Where Can I Watch Inside Out Online For Free?

Freeloaders are in luck as long as you have existing Amazon Prime and Hulu subscriptions. You can use the free trial period offered by Starz to watch ‘Inside Out’. However, we would urge readers to pay for the art they consume.