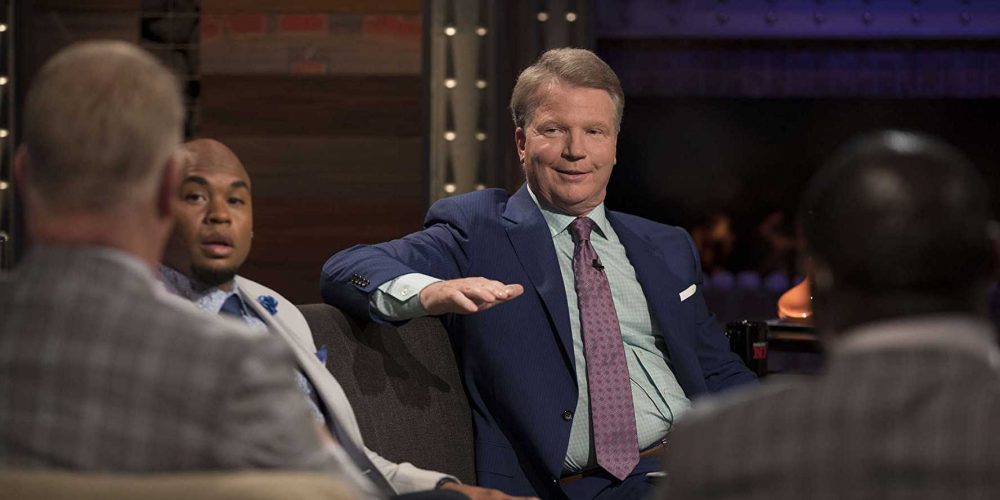 Inside the NFL is a television sports show that focuses on the National Football League. It is a weekly show that originally aired on HBO from 1977 through 2008. The program runs every NFL season from the very first week right up until the week after Super Bowl. After the Super Bowl XLVII, HBO decided to drop the program, and some believe that it was due to increasing costs of the NFL films that were used to produce the highlights. Bob Costas later admitted this to be a wrong decision. On the 3rd of June 2008, CBS sports and NFL films announced that the show had been picked up by the Showtime network. HBO Sports president Ross Greenburg had said in a release about the channels decision the drop the show, “It has been a terrific franchise, but the television landscape has changed quite a bit over the last 30 years, and we have to recognize the realities of the business. I’m not sure we had more than one competitor when the show launched in 1977.”

The show discusses the game of the past week and screens the highlights. There are often occasional interviews with present and former NFL players who breakdown and analyze the game with the host of the show. The show is recorded at the NFL Films headquarters in Mount Laurel in New Jersey.

The very first episode of Inside the NFL aired in 1997. It is cable television’s longest running series. This was the first sports-related show to air on the new HBO network which is why it is one of the most significant shows of all time.

The original hosts of the program were Al Meltzer, who was the play by play man for the Buffalo Bills and Chuck Bednarik, who was a hall of fame, two way player for the Philadelphia Eagles. Both the hosts left the show in 1978, and they were replaced by Merle Harmon and quarterback Len Dawson who was featured in the Hall of Fame. The shifts kept happening, and the show was hosted by many famous faces such as Miami Dolphins linebacker Nick Buoniconti, Chris Collinsworth, Jimmy Johnson, Jerry Glanville, and several other former players and coaches. The Dawson- Buoniconti era ended after the 2001 NFL game, and we saw many fresh faces from 2002 to 2007 like Bob Costas, Dan Marino, Chris Carter. Another major change that took place in the series was that the show started featured comedy bits and the comics who featured on the show were George Lopez, Jim Florentine, Lewis Black, and Wanda Sykes. The show is currently hosted by James Brown and joined by Phil Simms serving as the analyst who is also a retired former Defensive Player of the Year Warren Sapp. Cris Collinsworth completes the trio.

Inside the NFL Season 12 Plot: What is it about?

The format of the shows was a little different than other cable network shows of the time. Apart from the highlights of the previous games, panels, and discussions, there were no commercial breaks in between the segments. There were no time restrictions as well. The show now has a 90-minute slot to accommodate advertising and with segments split by teaser continuity. The highlight was the first segment of the show that showcased the NFL footage of the previous week’s game with commentary by Harry Kalas. Post Kala’s death Scott Graham took over his place in the show.

In the last couple of years, the FL has decreased the highlight segment of the show and eliminated a couple of low profile games from its radar. The second section of the program consisted of the interviews. The show focused on in-depth interviews, and there have been quite a few interesting, infamous also controversial interviews throughout its run. There was one such interview when Ryan explained and ave the reason that Carter was released due his serious substance abuse problems which later carter admitted saying that his release from the team was a wake-up call that he really needed in his life. He said that it saved his life and it was as if he was born again. He then went on to have a very successful career with the Minnesota Vikings making him the NFL’s second-leading receiver of all time. The show is one of the longest running shows of all time and is the all-time favourite of all the NFL fans. The show has also won the Sports Emmy Award for being one of the best NFL related programs o television with an expert panel of sharp analysts, on ad off commentary and special on and off-field features that are not found on any other show. It showcases the NFL in all its glory with the player profiles, exciting interviews and the complete intense moment by moment and play-by-play footage of the game. The show covers every game, every team and every single week, giving its audiences the best NFL experience.

Inside the NFL Season 12 Release Date: When will it premiere?

This has been one of the most successful shows of all time. The last season of the show aired its last episode on 5th February 2019. There are no doubts that the show will return during the upcoming NFL season. The 2019 NFL season is scheduled to begin on September 5, 2019, so Inside the NFL should also premiere around the same time.

Inside the NFL Season 12: Trailer

You can find here what the last season was all about.