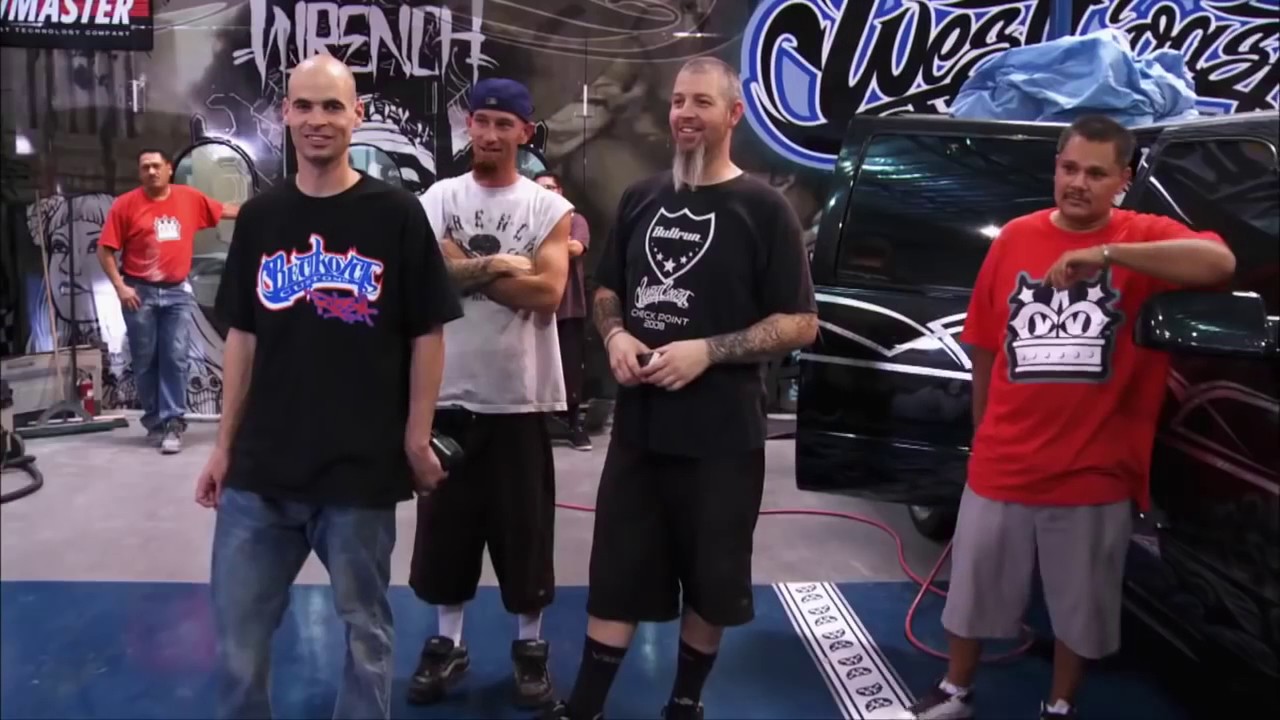 ‘Inside West Coast Customs’ is a reality show that features remodeling and customization of cars. It first premiered on February 20, 2011, on Discovery Theater. The show is based in California and features all kinds of cars like Armored Trucks, Audi R8s, Ford Fiestas, Jeep Wranglers, Toyota Siennas, buses, and trailers.

If you are wondering why the audience loves shows based on the remodeling of cars, let us break it down for you. It has the two elements that are widely enjoyed by the viewers – cars (ranging from classics to road monsters) and its remodeling. Yes, it is that simple.

Give the audience a show that features one of their favorite and most precious toys (cars), and you have already cracked the code to a successful series. The same concept goes for ‘Inside West Coast Customs’. The show takes in different models of cars and remodels them into something exciting and better.

This is the reason why the show, over the years has attracted many different celebrity faces as well. Because no matter who you are, you always have a soft corner for your vehicle. They excite you and bring out the hidden talent in you, to modify it to something thrilling.

‘Inside West Coast Customs’ has had a successful run for eight seasons, and the show’s fans have only grown. If you are wondering about whether there will be a Season 9, we are here to delve into that. However, first, let us walk you through the show’s details.

Inside West Coast Customs Cast: Who is in it?

West Coast Customs is an automobile repair shop that was started in 1994 by co-founders Ryan Friedlinghaus and Quinton Dodson. Ryan is the leading cast member of the show along with his team at WCC. In every episode, there is a new customer.

Sometimes, these customers are not individuals but renowned companies like Fiat Automobiles, Skype, Warner Brothers, and eBay. Many celebrities like Shaquille O’Neal, Mark Wahlberg, Will.I.Am, Justin Bieber, and Conan O’Brien have also been a part of the show. Needless to say, the series features some high-profile names in terms of the vehicles and their customers.

Inside West Coast Customs Plot: What is it about?

In the first season, Ryan Friedlinghaus and his staff remodel and build cars mainly for different companies. Some of the episodes feature the remodeling and customization of cars including a Hummer H1, Chevrolet Camaro, Audi R8, and Toyota Tundra for customers like Alienware, Monster Energy, Monster Cable Tron, and OX respectively.

The following seasons follow customers like Will.I.Am (American rapper) with a Chevrolet Corvette, Justin Bieber (renowned singer) with his Cadillac CTS-V, Microsoft with a Ford Mustang, Shaquille O’Neal (professional basketball player) with a Jeep Wrangler, Skype with an Airstream, Chris Brown (renowned singer and rapper) with a Lamborghini Gallardo, Warner Brothers with a Ford Maverick, Jack Daniels with an old trailer, Kid Rock (renowned rapper and singer) with a Cadillac Eldorado, Logan Paul (American YouTuber) with a school bus along with many, many more.

Ryan’s skills and expertise in cars are unprecedented. The viewers are impressed every time they get an inside look at the making of an extraordinary car.  The best part about the show is that apart from featuring the trendiest cars, they also work on unconventional and simple vehicles like buses and trailers.

Inside West Coast Customs Season 9 Release Date: When will it premiere?

‘Inside West Coast Customs’ Season 8 premiered on January 23, 2018, on Velocity Channel. The season was spread across 10 episodes and released its last episode on April 10, 2018.

The show, over its course in 7 years has undergone many changes. The series first premiered on Discovery Channel as ‘Street Customs’. Later in 2011, the series was rebooted and was renamed as ‘Inside West Coast Customs’. It premiered on Discovery HD Theater that later became Velocity Channel. In 2013, the show shifted to Fox Sports Network for Season 3 and briefly dropped ‘Inside’ from its actual name. Though, in 2017, for Season 7, the show again shifted back to Velocity and restored ‘Inside’ to its name.

There is no official announcement about ‘Inside West Coast Customs’ Season 9. The show has received great reviews from the audience and its association with high-profile names makes the series even more enjoyable to watch.

We believe ‘Inside West Coast Customs’ Season 9 is likely to release sometime in July 2020. The show is for all the car lovers out there and if you are one of them, we believe that the show is the right fit for you.

While there is no official trailer for ‘Inside West Coast Customs’ Season 9 yet, you can catch the trailer of Season 8 right here.