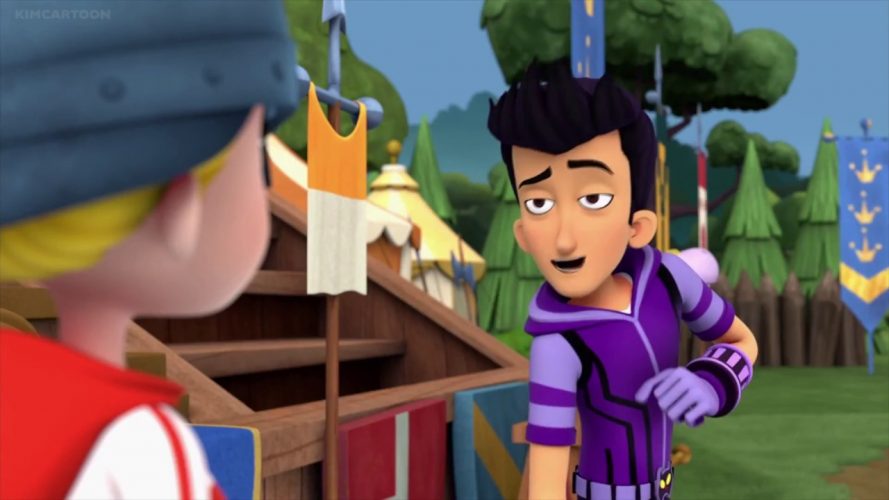 ‘Inspector Gadget’ is an American-Canadian CGI animated science-fiction series that airs on Universal Kids in the USA, Teletoon in Canada, and Boomerang in France. The series first premiered on November 20, 2017, in the USA, but premiered earlier in France and Canada, that is, on January 3, 2015, and September 7, 2015, respectively. The show is also available for streaming on Netflix. It has been produced by DHX Media and has Colleen McGrath, Stephanie Betts, Evan Thaler Hickey, and Phillip Stamp as the producers. David Watson, Richard Rowe, Steven Denure, Michael Hirsh, Mark Gosine, Anne Loi, Ken Faier, Ace Fipke, and Kirsten Newlands are on board as the executive producers.

The series is also known as ‘Inspector Gadget 2.0’ and is a sequel to the original series that had aired from 1983 to 1986. However, what has not changed it that the show has continued to engage the viewers and win their hearts. It revolves around the adventures of a clumsy, shallow-minded detective who goes by the title of Inspector Gadget. He is essentially a human being who has bionic gadgets built into his body. Dr. Claw, the gadget’s nemesis is the leader of an evil organization named “M.A.D.”

Fans might be interested to know that the 1983 cartoon, created by DIC Entertainment, led to the creation of the franchise which has since then seen spin-offs, additional series, video games as well as movies. Needless to say, the new cartoon taps into an existing and loyal fan base and has only built on the show’s success with the exciting content that they offer.

Inspector Gadget Cast: Who is in it?

Hopefully, in the upcoming season, the main cast of the show will return, and we might even see some new characters being thrown into the mix, who are bound to make things interesting for our favorite bumbling inspector.

Inspector Gadget Plot: What is it about?

‘Inspector Gadget’ revolves around Inspector Gadget coming out retirement upon hearing the news of Dr. Claw’s return. He is openly assisted by niece Penny and his sidekick and best friend, Brian the dog. Together, they form a crime-fighting trio, but things get complicated, as Dr. Claw has a nephew Talon, and he and Penny seem to have a crush on each other.

The new series builds on the original, but is more cartoonish and is heavy on the slapstick humor. Furthermore, Dr. Claw is portrayed as a much less sinister character, and Inspector Gadget is shown to be more inept than usual, giving away the show’s motives of appealing to a younger crowd and winning them over with light, humorous material. What stands out about the show is the way it has handled the transition to a modern era. It has done away with a lot of the older technology and we now see holographic projections and floating screens being used to fight crime. However, that does not exonerate the show from the way it has handled its characters. Sure, Claw as a comedic bad villain does his part, but the Talon-Penny arc, although a fascinating twist, ultimately gets reduced to the cliche that animosity eventually breeds attraction.

Mostly, the show does not require you to be at your sharpest and is mostly brainless funny stuff. What the old timer fans will love the most is the sense of nostalgia it evokes and the references made to the original show. In fact, the old Gadgetmobile, Inspector Gadget’s car, is actually shown on the series before it crumbles into dust presumably due to age.

The character handling aside, the show comes from a place of pure humor, and there are no moral grey areas here, there is good old fashioned right and wrong. After all, it is primarily aimed at children, and it succeeds in getting their attention. The fact that it is a continuation of an iconic old series, might even get the parents to sit down and watch it for some time. However, adults will quickly find themselves getting bored with the progress that is almost as brainless as the inspector himself. It is not our place to be harsh, however, since it is introducing kids to an iconic character, and the actors do a good job bringing their characters to life through their voice acting.

Hopefully, in the upcoming season, the show will explore the conflict between HQ and M.A.D. and go a bit deeper into the histories and motives of both these agencies. We also hope to see Inspector Gadget take on his old nemesis and continue thwarting his plans, although being perfectly incompetent as a crime fighter.

Inspector Gadget Season 5 Release Date: When will it premiere?

‘Inspector Gadget’ Season 4 premiered on January 6, 2018. The network has not announced the cancelation or renewal of the show yet. However, considering the fact that it is a part of a hugely popular franchise, and enjoys a rather strong fan following of its own, the show will most likely be renewed for a new season. While no release date has been set, it is extremely plausible for ‘Inspector Gadget’ Season 5 of the series to air sometime in January, 2020.

While we wait for an update on season 5, check out the season 4 trailer to refresh your memories.  If you haven’t seen the show yet head over to Netflix to catch all the episodes of the previous seasons.