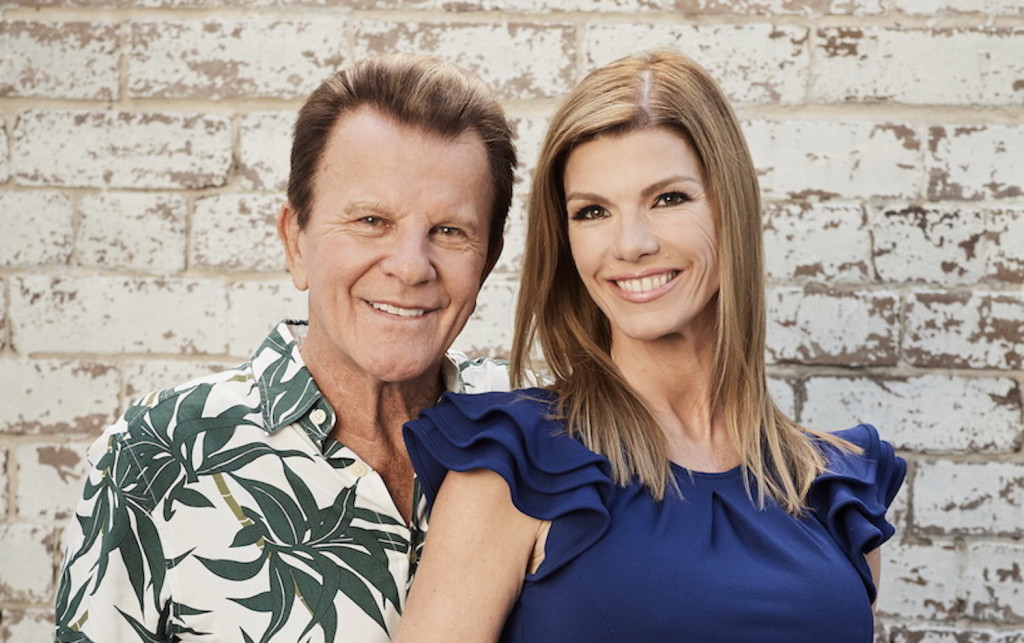 Reality TV has grown pretty dull and jaded these days. Everything on these shows is scripted to create more drama and garner higher ratings. If there are a few real and watchable reality shows left, then ‘Instant Hotel’, which is available on Netflix, is definitely one of them. The show follows ten homeowners, five pairs, who have turned their homes and properties into AirBnB style rentable accommodations. Other contestants judge the couples and their hotels, and the pair which gets the highest scores wins a grand prize. The show was originally an Australian series, airing on their Seven Network and first premiered there on November 7, 2017. It was later picked up by Netflix and the show premiered on December 28, 2018.

The series was initially hosted by Luke Jacobz, who has since then been replaced by Laurence Llewelyn-Bowen. The series comes from the same producers who brought us shows like ‘House Rules’ and ‘My Kitchen Rules’. Naturally, the series has a pretty good fan following, especially since it has been picked up by Netflix.

Instant Hotel Cast: Who is in it?

As a general rule, reality TV has different genres too. From home renovations to competitions, to “follow shows” which – as the name suggests – just follow their subjects around and hope for some drama to happen. ‘Instant Hotel’ manages to combine the best of most of the sub-genres, making it much more generally appealing. The couples competing on the show are varied in age, background and relationship status, and the viewer gets to know them in greater depth as the show progresses, making them more real, and far more entertaining and relatable. Following are the couples who make an appearance on the show:

Mikey and Shae, from New South Wales – who are described as ‘socialites’ and ‘party people‘ on the show. Mikey is 30 years old, an accountant, and owns four cats and turtles, while Shay works in the medical industry. Bec and Tristan hail from Mildura, Victoria, and are described as ‘country siblings’. They live on a houseboat on the Murray River. Bec is 27, and a professional wakeboarder, while Tristan, 30, farms rockmelon.

Lynne and Simon, 48 and 52 respectively, are from Queensland and are ‘just friends’. Lynne is a custom wig designer and rents out her home to help pay for IVF. Terry and Anita are also from Queensland. Terry, 48, is a property developer and photographer and he and 44-year-old Anita are a couple.

Sturt and Serena, from Victoria, classify themselves as ‘feisty, entrepreneurial besties and housemates.’ Serena is 37 and owns and runs a singles holiday business while Sturt, at age 37, has his own spring water company. Babe, 50, and daughter Bondi, 19, live in Bondi Beach, Sydney. Brent, 53, and Leroy, 58, from Port Douglas, are a couple. Samantha, 24, and her husband James, 27, a plumber, are from Byron Bay.

Mark is 60 and is on the show with his 57-year-old wife Janine. They are from Barossa Valley in South Australia. Adam, 36, and Kathy, 34, hail from the Northern Territory town of Humpty Doo. However, the contestants keep changing over the seasons, so in all likelihood, the upcoming season will also see fresh faces stepping up to the competition.

Instant Hotel Plot: What is it about?

Over the course of two rounds of the show, teams visit and spend 24 hours at each other’s rental properties. Each group of two individuals analyze their accommodations and is then able to score the others, on a scale of ten, based on the home itself, where it is located, nearby attractions, leisurely pursuits in the area, whether or not it is a value for money deal. Other aspects like the comfort of stay, ambiance, and quality of a night’s sleep at the rental also play an important role in determining what score they will be awarded. Series judge, interior specialist Juliet Ashworth also parallelly scores each team. The highest scoring team from each round goes on to the Grand Finale.

As one may imagine, there occurs plenty of drama and severe rivalry amongst the contestant couples, all of whom are aiming for the grand prize. “You need to have the conflict but to be honest with you, some of them are so overly-opinionated that a lot of the stuff they are saying contradict what they have just said. They are making it up just to try and find some kind of negative,” ‘Instant Hotel’ host Jacobz explained. “People love to see the confrontation. And in this, there are people wanting their 5 minutes of fame, who pick out the smallest thing and make it out to be the most hideous thing they’ve seen in their life. Seeing people argue about that, is great.” “This is about showing people the diversity of holidays you can have and what is needed for an instant hotel”, he adds. He further says, “It’s almost like traveling without any rules. Some people need to have a schedule, but others just like to go with it.”

One of the best aspects of the show, at least for the first round, is how much you see and get to know about Australia! The show takes the viewer on a trip around the country, and we see far more of what’s out there other than the “there’s Sydney, there’s Melbourne, and then there is the Outback” impression most people have of the country. Hopefully, in the upcoming season, the show will follow the same pattern and bring us that juicy drama that we crave.

Instant Hotel Season 3 Release Date: When will it premiere?

‘Instant Hotel’ first aired on Australia’s Channel 7 in 2017. It did resoundingly well and was quickly renewed for a second season. ‘Instant Hotel’ Season 2 premiered on February 11, 2019, but things have seemed to stall after that. Season 2 is coming to Netflix on June 28, 2019.

Moreover, fans of ‘Instant Hotel’ should be getting a third season soon with an even more elaborate and riveting cast, a new host, and gorgeous sites. Unfortunately, no release date has yet been finalized, but we can expect ‘Instant Hotel’ Season 3 to premiere in early 2020.

While we wait for it to drop, you can check out the trailer for Season 2 of the show to refresh your memories. If you have not seen the series and you’re the kind of person who enjoy reality shows with a heavy dosage of drama and rivalry, then this is the show for you.