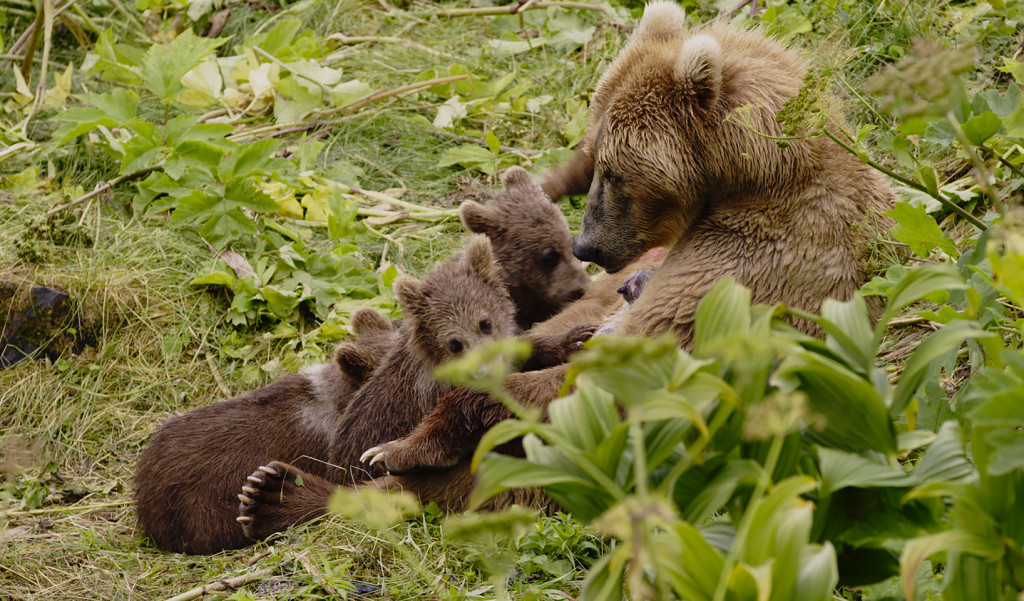 Into Alaska is a wildlife television series that focuses on how Alaska is in one of the wildest places on earth. From the animals that inhabit the territory to the humans who must live with them and protect and conserve them, it gives an up, close and personal glimpse into their lives. This wildlife series has been a part of television since the early 1930s with the show the Wild Kingdom and was the first broadcast by NBC and hosted by the zoologist Markin Perkins. The show was widely appreciated and also won Emmy awards in the year 1996, 1997, 1998, and 1999.

Into Alaska Cast: Who’s in it?

The show’s cast comprises of the people who work in Alaska to conserve and protect the wildlife out there. The officers of the U.S Fish and wildlife services work in the areas that are specifically set aside to conserve and protects the animals who are not safe. They conserve not just the animals but also the forests and landscapes as well as natural resources. With the climate change that is affecting the environment, their task is a daunting one and keeps on getting more and more challenging with every passing day. They are the brave and humble members who dedicate their lives for the conservation of Alaska and the wildlife that it contains. The show focuses on their daily tasks and the challenges that they face while they’re doing it. It also gives the audience a closer look at how these officers survive the wild on a daily basis while doing their jobs. The number of different tools, methods, and techniques used by them in order to protect and conserve can also be seen in each episode.

Into Alaska Plot: What is it about?

The show is about the people who live and work in Alaska to protect and conserve the wildlife and the natural resources, their daily tasks and challenges. It also showcases how difficult it is to survive in the wild and how even the most minimalistic tasks can prove to be dangerous for these people. The show introduces the audience to rangers, biologists, and interns of the Kenai National Wildlife Refuge and the Kodiak National Wildlife Refuge; which are two of Alaska’s most well-known wildlife refuges located in the south central region of the massive state. Refuges are areas that are set aside to conserve a nations last wild areas and the wildlife that inhabits them.

Alaska is extremely raw and wild which is what makes the daily tasks of these people extremely adventurous. In the very first episode of the season, the audiences get to travel to Kenai to meet USFWS Supervisory Law Enforcement Officer, Chris Johnson, who was contacted and called in for emergency rescue of a bald eagle who was badly injured after engaging in a territorial battle with another eagle. Johnson’s job is to call his network of resources who can help in rehabilitating the eagle till it can fend for itself and fly again after which it will be released into the wild again. In another episode the audiences are introduced to a Biologist, Dom Watts, in the Kenai region. He is training to be a pilot so he can conduct aerial wildlife surveys for mammal population management that will help them keep the numbers in check so precautions can be taken when the numbers lessen. We meet Dom as he sits in on his latest inflight stage-check – engine failure simulation at 5,000 feet in the air. We then journey to Kodiak to meet bear biologist, Bill Leacock, he studies the population and habitat use of the Kodiak bear – which is the largest of all the brown bears. We then tag along with Bill and his intern, Dustin Rose, as they lead us up to a refuge research outpost which is in the heart of bear country, where they study the majestic bears in their natural habitat.

Throughout the season, the team explores the breathtaking and diverse landscapes; from rivers and forests filled with lush green and sparkling blue, to glaciers and mountains with freezing temperatures; and interact with the variety of spectacular wildlife that cannot be found anywhere else in the country, including the black and brown bears, wolves, caribou, ptarmigan, and even lynx. We also get to see these teams work together to conserve and protect animals and their habitats and work to control invasive species that are threatening the delicate balance of the ecosystem, including Elodea, an aquatic plant species that threaten the Salmon population, and more. Wildlife shows are important in spreading awareness about our natural resources including the animals so we can help conserve and protect them to the best of our abilities.

Into Alaska Season 2 Release Date: When will it premiere?

Season 1 of Into Alaska premiered on 15 October, 2018. There have been no official announcements for the next season of the show, but it is likely that the show has a lot more to say and might return for a second season. If the show does get renewed, Into Alaska Season 2 can release as soon as October 2019.