Into the Badlands Season 4: Renewed or Cancelled? 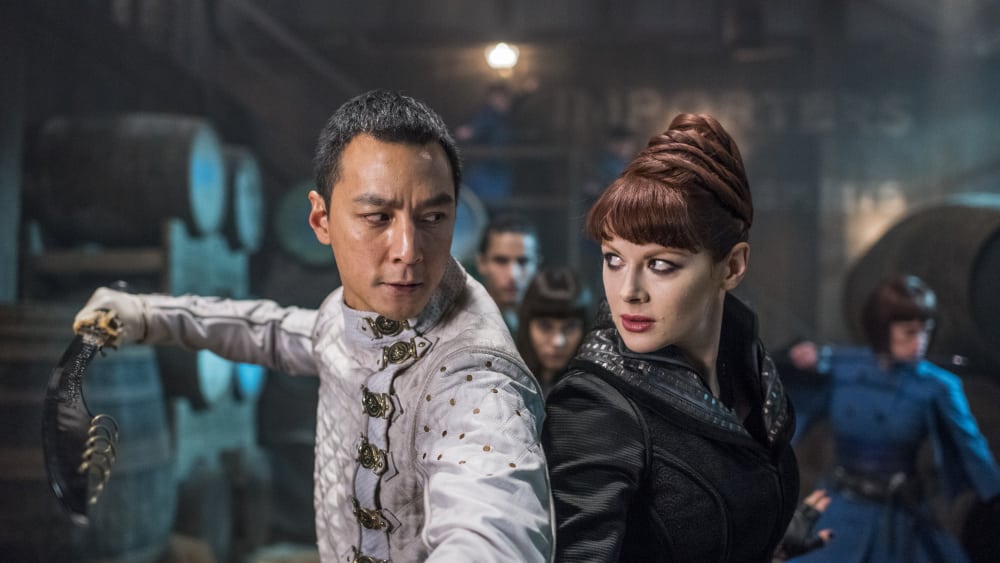 ‘Into the Badlands‘ is a sublime action series that, at its core, brims with some of the most inventive martial arts scenes. But apart from the incredible choreography of its action scenes, the show has also been lauded for its supernatural and post-apocalyptic themes. To put it simply, the show gives a very satisfying stylistic edge to its stunts and choreography which is almost reminiscent of the good old Chinese Kung Fu films. If you’ve been a big fan of Hollywood’s take on martial arts through movies like ‘Kill Bill,’ ‘Enter the Dragon,’ and even ‘Mortal Kombat,’ you’ll definitely love ‘Into the Badlands.’

That being said, if you have followed ‘Into the Badlands’ throughout its runtime of three seasons, you must wonder if it will be renewed for another one. Well, here’s everything you need to know about its renewal status.

Into the Badlands Season 4 Release Date: When will it premiere?

‘Into the Badlands’ season 3 premiered on April 22, 2018, on AMC. About a year after its release, in an interview with The Wrap, AMC announced that it won’t be continuing the show after season 3. Both Nick Frost and Daniel Wu took on their respective social media accounts and posted heartfelt messages for their fans. Check it out below:

I was going to drop that season 3 returns 3/24 but it seems news has been released that season 3 will be #IntoTheBadlands last.
I’m really sad at this decision. An incredible group of people made our show both infront and behind the camera and I’m sad that’s that.
Bajie out.

Now clearly, AMC’s interest dropped in the show with time and that’s what eventually led to its cancellation. However, considering the fan following that it has garnered over the years, it is a possibility that it might return with a fourth season on another network. In an interview, the creator of the show Alfred Gough claimed that the writers were already aware that season 3 could be the last, so they made sure that its ending was conclusive and emotional enough for everyone who followed it throughout its runtime.

Our goal was to make a groundbreaking martial arts drama and we are so grateful to all the fans who have supported ITB over these three seasons. I guarantee we will give you a bloody great ending! #intothebadlands ⁦@danielwuyanzu⁩ ⁦@moryan⁩ https://t.co/IG6ifTizl9

However, to this, he also added that a few plot points were intentionally left undone for a potential sequel. He said that the show has been given a proper conclusion but that does not necessarily imply that the journey of its characters has ended. Although this does not confirm anything, it adds to the possibility of the show returning in form or another. In other interviews, the creators of the show also added that they could traverse its storyline into graphic novels or even other shorter mediums such as movies, but no confirmations regarding these have been made yet.