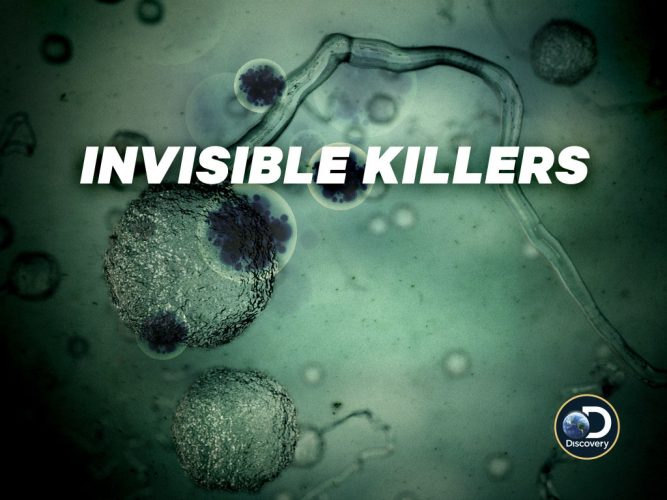 Invisible Killers is an American documentary TV program that first aired on 29th March 2018 on Science Channel. The series talks about the most lethal viruses and kinds of diseases that have changed a human’s health condition over the past years. It reveals how a particular virus was first born and how it got contagious and started to spread around the globe and plagued mankind. Invisible Killers also gives us a look at the increase of the virus despite advances in medicine.  In the previous season, the series focused on dangerous viruses like Ebola, Smallpox as well as Influenza. The show crew also interviewed the officials of World Health Organization, talked to the officials of the Centers for Disease Control and Prevention, National Institute of Allergy and Infectious Diseases, National Institutes of Health, etc.

Invisible Killers Season 2 Cast: Who is in it?

The cast of the previous season included World Health Organization members, the Centers for Disease Control and Prevention team, National Institute of Allergy and Infectious Diseases experts and National Institutes of Health members whose identities are not disclosed. A similar pattern can be expected from the second season.

Invisible Killers Season 2 Plot: What is it about?

In the first season, Science Channel documented the deadly influenza virus. This illness is frequently underestimated as a symptom of a common cold. People are very wrong about this virus. Experts of the show say that one must get their cold and cough checked by the doctor before it is too late. The series features how the world health officials are taking necessary steps to prevent this flu. They try to guess which viral flu will become one of the most common in a few months or years. This deadly virus has been growing for many centuries, and it is affecting us. In the next episode, the series talks about contagious smallpox that is very common among children. It can be fatal for a child’s health if not treated properly. Every year, smallpox causes more than millions of deaths. In the 20th century, 500 million deaths were estimated by the health department. This is a great topic of concern for the nation. Many say that smallpox is a biological weapon and it is one of the dangerous killers on earth. As per sources, it has been eradicated, but it remains a threat to humankind.

In 2014, the first Ebola was discovered that gained the attention of various nations. It became a subject of the discussion when it started to spread slowly and consume humans. Ebola has broken the record of the deadliest outbreak in the entire world. It is one of the deadliest viruses that result in death. The first outbreak of the Ebola was recorded in West Africa. It became very contagious due to the lack of cultural practices, poor health, bad health infrastructure and slow response of the world to the outbreak.

Invisible Killers Season 2 Release Date: When will it premiere?

There is no official word on the air date of Invisible Killers season 2 by Science Channel. With another season, more deadly viruses and invisible killers will be brought to light in an attempt to spread awareness and bring about preventive measures in a society. Given its educative message, viewers will be banking on the docuseries to return with another season and soon, despite the fact that it was a three-part docuseries which are usually one-offs by nature. However, since there is no confirmation on a cancellation either, we have our fingers crossed. We will update this section when we have more news on the renewal and a likely air date.

Season 2 is not renewed yet. You can watch a sneak peek from the first season of Invisible Killers below.