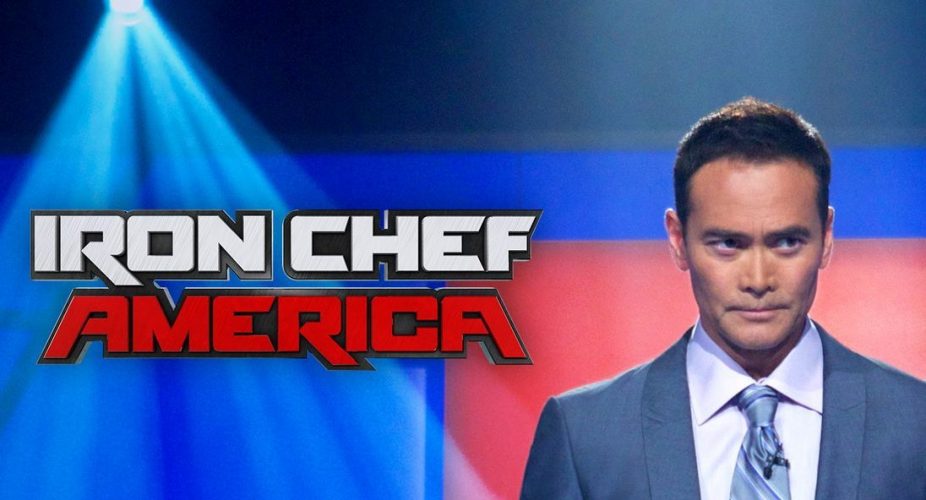 Iron Chef America is a reality television series. It’s categorised as a cooking show and first premiered on 16 January 2005 in the United States. Triage Entertainment is the production company handling the show while Food Network and Fuji TV 721 are the distributors all around the world. Dana Calderwood and Eytan Keller are the directors of the series. Stu Schreiberg acts as the executive producer while John Bravakis and Steve Kroopnick are the producers of the show.

The cast of the series includes Jet Tila, Mark Dacascos (as The Chairman), Kevin Brauch (as the Floor Reporter) and Alton Brown (as the Commentator) who are the presenters of the show. Some of the previous participants involve Geoffrey Zakarian, Cat Cora, Wolfgang Puck, Bobby Fay and Mario Batali.

Iron Chef America Season 14 Plot: What is it about?

The show is about a cooking competition which challenges some of the most talented professional chefs to create dishes using a secret ingredient. The series is a fan favourite, a long-running show based on the Japanese cult classic famous for its tough competition, ultimate culinary bragging rights for its champions and winners and its secret ingredients. Alton Brown who is the inimitable, iconic commentator features as the host and master of ceremonies in the show. The show is an Americanized version of the original TV series based in Japan which involves the culinary competition set in a TV studio. One chef competes against other talented chefs in the hope of getting the opportunity to eventually win the title of Iron Chef which is a straight reference to being the very best in each and every field in the culinary.

The number of chefs who could actually win this enormous title is comparatively less which makes the competition stiff. The competitions are usually based on one or more secret ingredients, and sometimes it’s related to a suggested theme. The show is featured as a successor to the original series of Iron Chef rather than being a remake. The chairman of the show is served by the martial artist and actor named Mark Dacascos who is introduced as the nephew of Takeshi Kaga, the chairman of the original Japanese series. Alton Brown is solely responsible for the commentary while Kevin Brauch is the floor reporter. In this show, the Chairman is credited as the host of the show, unlike the original Iron Chef.

This version of the show has Iron Chefs who are either the current personalities on the network, have previously been Food Network personalities, have earned a position on The Next Iron Chef or were a part of the Original Iron Chef. The winning percentage for the participants is average. The data concerning win and loss is purely based on the performance of every individual as the Iron Chef in the show.

Iron Chef America Season 14 Release Date: When will it premiere?

Food Network is yet to announce the premiere date of Iron Chef America Season 14. The last episode of the previous season aired on 22nd July 2018. The show has not been renewed so we don’t have details of a tentative air date yet. Keep checking with us to find out.

The official trailer for season 14 is not out yet. Here is the promo for season 13. Have a look and decide if you are interested.