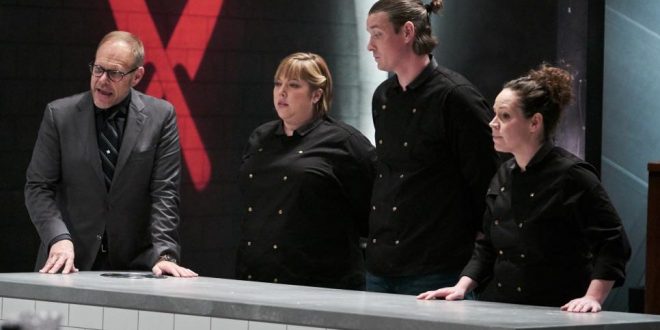 ‘Iron Chef Gauntlet’ is a reality cooking competition series that first premiered on April 16, 2017, on Food Network. The show is directed by Eytan Kellar and is presented by Alton Brown, who is also the series’ chairman. The show follows certain contestants clearing different rounds to finally compete with renowned chefs and win the title of ‘Iron Chef’.

The show is the reboot of ‘Iron Chef’, a Japanese cooking series that first premiered in 1993, and ‘Iron Chef America’, the American adaptation of the original Japanese version, which first premiered in 2001. The series is preceded by a special episode called ‘The Legend of Iron Chef’, where Alton gives the audience a preview of the original series along with the preview of ‘Iron Chef Gauntlet’. The show also has a companion series called ‘Iron Chef Eats’ that features the restaurants where the Iron Chefs and the contestants like to eat.

‘Iron Chef Gauntlet’ has had a successful run for two seasons, and fans might be wondering about whether Season 3 will be made. We are here to delve into that after we share some of the show’s details.

Alton Brown is the host of the show. He is an American television personality, presenter of many cooking shows, a musician, cinematographer, and author of many famous cookbooks. He is the creator and host of shows like ‘Good Eats‘, ‘Feasting on Asphalt’, and ‘Feasting on Waves’.

He is also the host of ‘Iron Chef America’ and ‘Cutthroat Challenge’. Brown has two James Beard Awards under his name along with a Broadcast Media Award for Best TV Food Host in 2011. His first book, ‘I’m Just Here For Food’ has received the Best Book Award in 2003.

The judges of the show changes in every episode. Judges like Geoffrey Zakarian, Donatella Arpaia Stewart, Jose Garces, Anne Burrell, Marc Forgione, Giada De Laurentiis, Cat Cora, Ali Bouzari, Alex Guarnaschelli, Ching-He Huang, Anya Fernald, Ludo Lefebvre, Judy Joo, Simon Majumdar Rocco, DiSpirito Donatella Arpaia, and Marcus Samuelsson have been associated with the show in the past. Alton Brown was also the judge in one of the episodes in season 2.

Iron Chef Gauntlet Plot: What is it about?

The premise of ‘Iron Chef Gauntlet’ is straightforward. Seven contestants have to clear a challenge in every episode. The winner of the challenge is saved automatically and proceeds to the next episode whereas, the loser goes into the elimination round. There, losing participants have to challenge another fellow contestant and the ultimate loser between them is sent home. In the finale episode, the survivor competes with three other renowned chefs and after winning the challenge, wins the title of Iron Chef.

The season premieres with contestants creating a dish using wild meat along with earthy vegetables and mushrooms. Sarah Grueneberg prepares the worst dish and challenges Nyesha Arrington for the elimination round. Lobster is the secret ingredient of the round and Sarah beats Nyesha, sending her home.

In the following episodes, contestants are asked to prepare dishes with different pieces of a pig, savory and sweet items, unique flavors, and ingredients of their own choice. In the finale, the contestant competes with Flay, Morimoto, and Symon in three different rounds that have separate secret ingredients. Stephanie wins Season 1.

The next season premieres with contestants preparing dishes with protein-filled ingredients that they can find from the altar. Jeanie Roland, the loser of the challenge, challenges Kevin Tien, but unfortunately, goes home for not impressing the judges with the secret ingredient, that is, Spanish mackerel.

In the following episodes, the contestants prepare innovative sandwiches, a dish based on their regional cuisine, and inventive breakfast. In the finale, David LeFevre competes against Stephanie Izard, Michael Symon, and Alex Guarnaschelli but, fails to win the title of ‘Iron Chef’.

Iron Chef Gauntlet Season 3 Release Date: When will it premiere?

The show, unlike most of the cooking competitions, does not follow the rule of having an ultimate winner. The last season of the show did not have any winner, which means, the show focuses more on the quality of the food than the typical format of such reality series.

For ‘Iron Chef Gauntlet’ Season 3, we can expect many familiar faces in the judges’ panel along with really different and exciting challenges. The show is a perfect mix of excitement and innovative recipes and if you love food, you must watch the show immediately. As for ‘Iron Chef Gauntlet’ Season 3, it is likely to release sometime in April 2020.

You can catch the trailer below to get an idea of the show.