Iron Harvest: Everything We Know 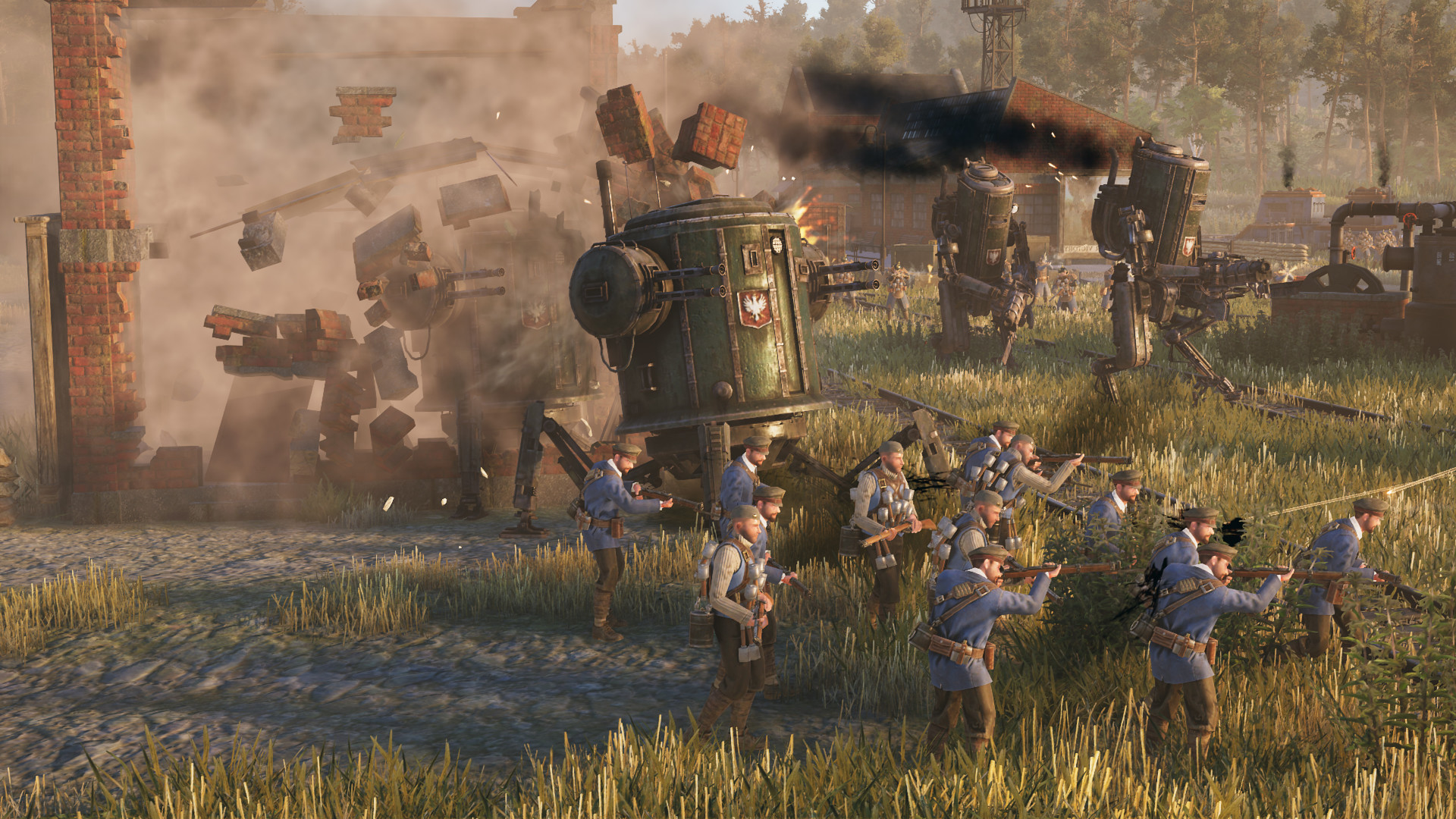 Any Real Time Strategy game lives and dies by its setting, and the newest upcoming one by KING Art Games titled ‘Iron Harvest’ certainly has a very interesting setting. It is a game about giant walking mechs, but not the cool futuristic ones depicted in games like ‘Titanfall’. No, the mechs in ‘Iron Harvest’ are decidedly less elegant, but arguably more consequential given that the game is set in a post World War I alternate history Europe. Diesel powered mech roam the land, drive economies and fuel the military industrial complex.

The name of the game itself is derived from the annual “harvest” of unexploded ordnance, ammunition and shrapnel from World War I collected by French and Belgian farmers from fields across the Western Front of the war.

The game was funded via a massively popular Kickstarter campaign that raised nearly $1.3 million, nearly three times that of its initial target goal of $450,000. With a fascinating backstory and a captivating visual design, ‘Iron Harvest’ strives to continue the legacy of classic military Real Time Strategy stalwarts like “Company of Heroes’ and ‘Dawn of War’. Read on to find out everything we know about ‘Iron Harvest’.

Iron Harvest Plot: What is it About?

The world of ‘Iron Harvest’ is inspired by the alternate universe of the ‘World of 1920+’ created by Polish artist Jakub Rozalski. In the alternate diesel punk version of history, humanity invented powerful walking machines powered by steam in the aftermath of World War I. These great mechs are now part of everyday life, both on and off the battlefield.

The Steam page for ‘Iron Harvest’ describes the game as follows:“Tradition clashes with scientific and technological progress, while Europe is still recovering from the brutal battles of the World War. Cities are being rebuilt and in the countryside, the era of the Iron Harvest has begun. Farmers are uncovering the remains of the majestic walking machines that had fought on the battlefields of the Great War.”

‘Iron Harvest’ also shares its setting of the ‘World of 1920+’ with the board game ‘Scythe’, which has won numerous accolades and has been rated as one of the top ten board games of all time by the Board Game Geek forum.

‘Iron Harvest’ will feature three prominent in game factions – Polonia Republic, Saxony Empire and Rusviet, each with their own unique sets of strengths and weaknesses. Polonia Republic is largely an agricultural country sandwiched between the powers of Saxony Empire in the West and Rusviet in the East. Parts of Polonia are still under occupation by the Rusviet, and you play as an army of rebels and freedom fighters in the Polonia campaign.

The Saxony Empire is one of the most powerful nations in Europe, with unmatched industry, developed cities and a powerful military. However, the current mood in the Empire is tentative at best as many view their surrender in the Great War as a humiliation. The Emperor’s position is under threat. The Rusviet is the largest empire in the game, giving them unmatched population and industrial potential. However, the population is jaded by years of war and occupation, and their growing frustration threatens the power of their Tsar Nikolaj. A mysterious new revolutionary named Grigori Rasputin has also emerged.

‘Iron Harvest’ is a classic Real Time Strategy game that employs the use of huge steam powered mechs in addition to the infantry and other combat units prevalent in post World War I Europe. All units in the game have the ability to level up and gain new abilities with experience, and each unit has a specific tactical niche in a combat force.

As in any other RTS game, the terrain plays a huge role in combat encounters. The terrain in ‘Iron Harvest’ features a wide variety of topographical features such as bushes, walls, building etc. that determine line of sight and the availability of cover. The terrain in ‘Iron Harvest’ is fully destructible, so tactical flexibility and mobility will be the key to dominating the battlefield.

Of course, each of the three factions has their own unique unit types and battle strategies. The troops of Polonia Republic are adept at stealth and hit and run tactics, but they may struggle out in the open field. The Saxony Empire boasts the most technologically advanced, but expensive mechs. Rusviet possess old but effective technology and massive strength in numbers that is impossible to stop in close combat.

‘Iron Harvest’ will also feature comprehensive multiplayer modes, including a Co-op campaign where you can play through the entire game with another friend (each controlling separate combat groups), a Competitive multiplayer mode with a ranked ladder and regional ranking, and a Challenge Maps mode which focuses on coordinated attacks on enemy bases.

Iron Harvest Developers: Who Are The People Behind It?

‘Iron Harvest’ is being developed by Bremen based German video game developer KING Art Games and published by Deep Silver. KING Art Games is best known for games like ‘Black Mirror’ and ‘The Book of Unwritten Tales 2’.

Iron Harvest Release Date: When And Where Can I Play It?

The release date for ‘Iron Harvest’ has been confirmed for September 1, 2020. The game will be available to play on PC, PlayStation 4 and Xbox One.

You can watch the newest trailer for ‘Iron Harvest’ right here: