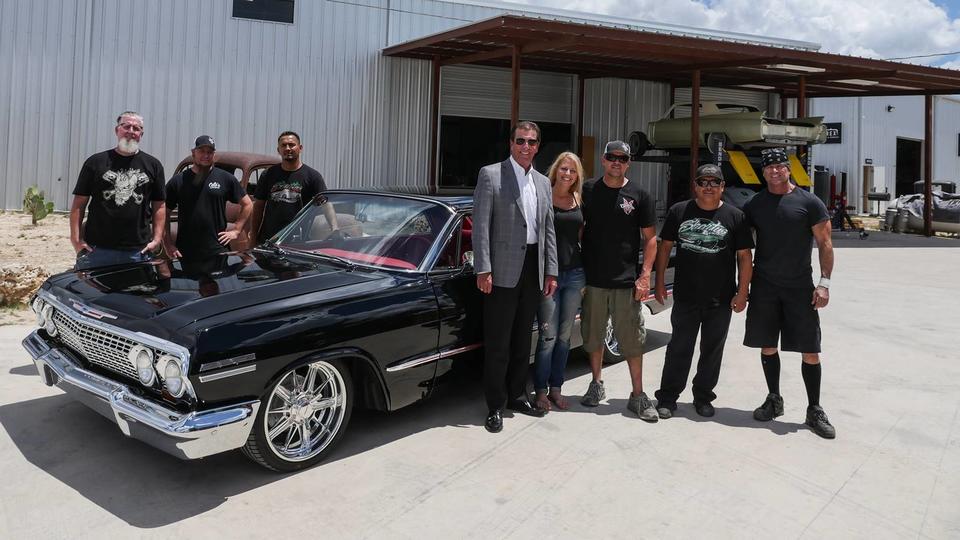 ‘Iron Ressurection‘ is the perfect show for automobile lovers, and it works on one simple mantra – every vehicle deserves a second chance to shine. No matter what, a bike, car, or pickup truck, the team at Martin Bros Customs goes above and beyond to make them as good as new.

Currently, the show is on Season 4 and continues to be well-loved by the niche audience. The latest episode sees the team rushing to fit a large ex-NFL player in a tiny 1967 Chevy C10. They also work on the interiors and a paint job. Now, we bring you the spoilers for the next episode, as well as news about the cast, and where and when to watch the upcoming episode.

The cast of ‘Iron Resurrection’ includes Jason and Joe Martin of Martin Bros Customs. Along with them are Mandi Martin, Joe’s wife, and customizers like Shag Arrington, Javier “Shorty” Ponce, Mike, Pompa, Manny, and Phil Cato of Cato’s Upholstery. However, at the start of Season 4, fans noticed that Manny, Pompa, Cato, and Shorty could not be seen.

While all these cast members are well-loved, the fans have been clamoring most about Shorty and Cato’s disappearance. They took to social media as well, and one fan has received a response from the show about why Shorty and Cato are not present. It appears they both left due to family concerns, and have not departed due to disagreements with other members.

The show has commented on their departure saying they are all friends who respect each other’s decisions. You can check out the reply to the fan, below.

Episode 3 has been titled ‘Tricked Out Trike’. It shows Joe pushing his skills and creativity to the limit, as he tries to design a motorcycle that looks like something out of ‘Mad Max‘. Even for someone of Joe’s caliber, who is known globally for his skills with bikes, this proves to be a daunting challenge. Undoubtedly, the next episode will see the crew working on a different vehicle, overcoming exciting hurdles.