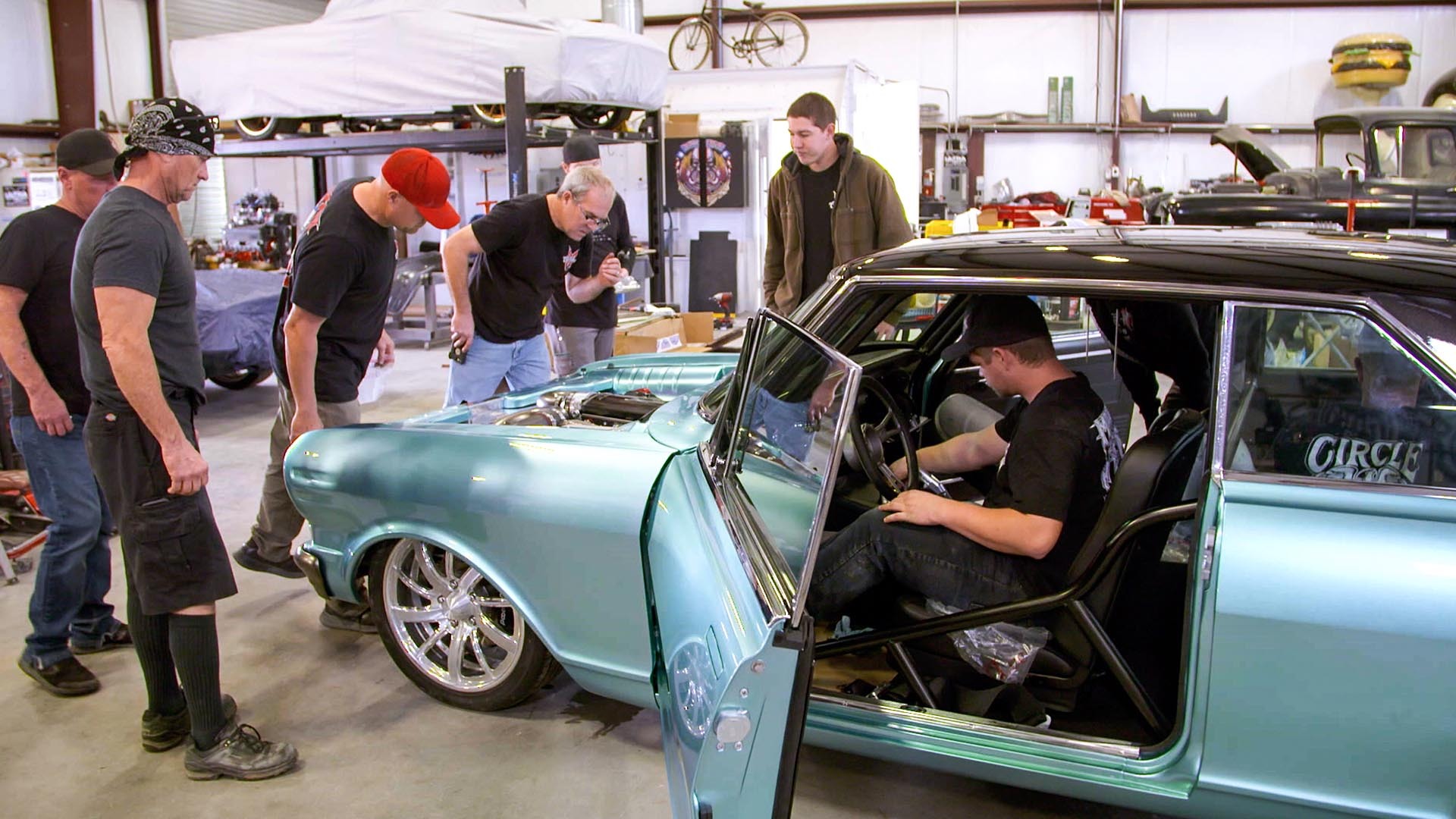 ‘Iron Resurrection‘ is the show for all motor lovers. It caters to a niche audience who like modifying their vehicles to suit their needs, and know their way underneath the hood of the vehicles. The team at ‘Iron Resurrection’ goes above and beyond to ensure that every vehicle they choose, gets a new lease on life.

Currently, on Season 4, the series has shown us some wonderful achievements, including fitting a large ex-NFL player in a small 1967 Chevy C10. We also see a bike that would look more at home in a ‘Mad Max‘ set. Curious to find out what the team is up to, in this episode?

Not only have we got you covered there, but we also bring you spoilers about the upcoming episode, besides telling you when and where you can watch it.

However, he appears to have quite a small space to work with. Knowing our team, this won’t be an insurmountable problem. Undoubtedly, with their ingenuity, and some cussing they are bound to bring this Nova under their control, and redesign it to fit their vision.

The fourth episode of ‘Iron Resurrection’ starts the saga of the Nova, when Shag and Amanda bring in the vehicle. Things seem to be going well at the start since they get the ’65 Chevy II Nova for a steal. However, the moment the team digs in, they face an assortment of problems.

These include rust and rat nests. Naturally, the problems don’t stop there, and they realize that the build requires a complete overhaul. It turns out to be more than what they can handle, but undoubtedly in the upcoming episode, they will be able to turn the Nova into something that fits their artistic vision.