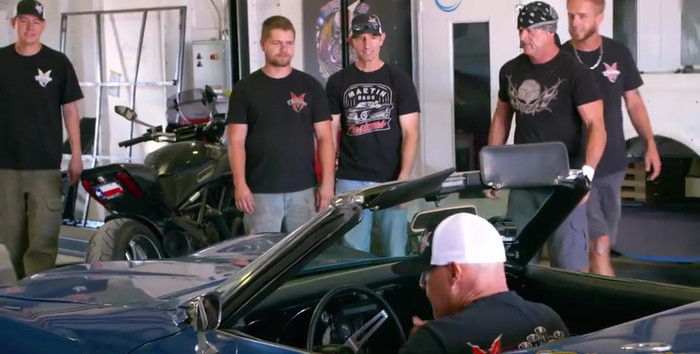 If you love cars, then ‘Iron Resurrection‘ is well-tailored to your tastes. The team, on the show, believe that every vehicle deserves a second chance, and go above and beyond to breathe new life into them. Although they know their way under the hood, there are several challenges that need them to remain calm, but also think outside the box at the same time.

It is a series that combines ingenuity with hard work. The end result is something to behold. Currently, on Season 4, we have seen the team struggling with a ’65 Nova. Naturally, you might be curious about whether they are able to make progress in this episode. We have got you covered in that regard, as we tell you what happens in the latest episode.

Moreover, we also bring to you, when and where to watch the upcoming episode, as well as what to expect from it.

The upcoming episode is titled “Some Assembly Required”. As the name suggests, the team initially feels that they have to make some modifications to a ’68 Corvette Convertible. The client is a man who wants to surprise his wife, by making sure the sleek ride looks even better.

This does not seem like too difficult a challenge, for the team that is used to pushing their limits. However, soon after they take on the project, they realize that working with the fiberglass body is tough. Both the car and the team members, run the risk of snapping under pressure.

This episode is a continuation of Episode 4. Whereas the team was struggling with the Nova in the previous episode, we see them racing against time to complete the project. This is no easy feat, as there are several fitment issues in the engine bay.

The usually resourceful team seems to be all out of fresh ideas. Joe, whose plans for the car have been big, finds that he has an incredibly small window within which he has to work his magic. Ultimately, the Nova is tamed using some smart thinking, and choice cussing.