When Will Iron Resurrection Season 4 Premiere? 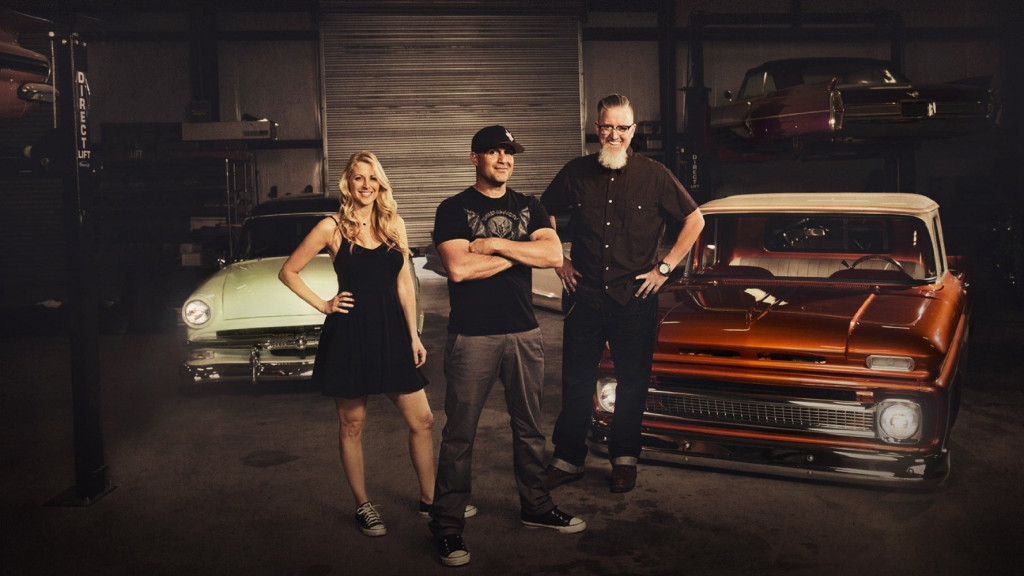 ‘Iron Resurrection’ is a reality TV show that airs on Motor Trend Network. It revolves around the activities of a famous shop in the Texas Hill Country called Martin Bros Customs. Here, any person can bring his/her vehicle, no matter how damaged it is, and the talented crew fixes it back into shape. What’s better? The finished products, in fact, look classier than their original counterparts. Since its inception, the show has been a hit as the work it showcases throughout its episodes is simply sensational. Right since 2016, ‘Iron Resurrection’ has been going strong.

Iron Resurrection Season 4 Release Date: When will it premiere?

The two famous brothers, Joe and Jason, are the stars of the show. Joe’s wife Amanda plays a vital role too. Collectively they own Martin Bros Customs. Jason Arrington aka Shag is also essential as he, along with Amanda, goes around town scouting for vehicles that are in horrible condition.

While all these cast members are well-loved, the fans are surprised that Manny, Pompa, Cato, and Shorty are not part of season 4. One of the fans received a response from the show about why Shorty and Cato are not part of the cast. It appears they both left due to family concerns, and have not departed due to disagreements with other members.

Joe, who is the primary face behind the shop, started learning about the mechanics of various vehicles since a young age. Eventually, he found co-workers to support this talent, which ultimately led to a thriving business. He also involved Jason, his younger brother, in his venture. Joe additionally gets recognition and attention as he’s the winner of certain EZ Rider shows. Discovery Channel too took a deep interest in the Martin brothers as it released two new shows starring the duo — ‘Biker Buildoff’ and ‘World Biker Buildoff’.

Read More in TV Preview: The American | The Last Post | The Path

What is Iron Resurrection about?

‘Iron Resurrection’ follows the Martin brothers (and team) hunting for vehicles that are in dreadful and appalling conditions so that they can turn them into spectacular masterpieces. They do a top-notch job with every single vehicle that comes their way. Be it cars, bike, boats or trucks, the crew never fails. They do it all. Amanda locates the juicy deals and the good stuff while Shag with the “the fastest mouth in the south” haggles his way into getting the best price for motorcycles and cars.

Season 3 is a continuation of the work they do in the previous seasons. The team goes to all depths to stick to their mantra — no car is truly dead in Austin, Texas. Anything that’s destined to end up in the junkyard finds new life with “their signature brand of cool”. Turning dust into gold, they never fail to surprise us. This season shows us how detailed and intricate their work is, how every minute detail has been paid attention to and how no two vehicles look the same. The customization work on all their projects is so unique and pleasant to see.

We see a battered 1970 C10 that looks like a collection of spare parts and a ’55 Chevy Bel Air that has too many missing pieces and a dented hood. Again, an owner brings in a ’63 Impala with a four-speed and iconic 409 engine under the hood. However, he wants the automobile to retain its originality. Next, we see Lee entering the shop with a 1956 Chevy Bel Air, that showcases a flame paint job. On other episodes, customers bring a 1950 Mercury Coupe and a ’63 Rambler wagon. Well, whatever be the vehicle or its condition, nobody at Martin Bros Customs shies away from taking up challenges.

Joe shared his enthusiasm for the show, saying, “I want to showcase the passion we have for building these custom creations, and maybe in the process, we can inspire someone at home to get off their butts and work on their old vehicle that’s been sitting in the garage or barn for years.” An informative and educational series, ‘Iron Resurrection’ is definitely a must-watch for those who do not mind getting their hands dirty.

Seasons 1, 2 and 3 were an absolute delight. We simply can’t wait for season 4. And why wait to find out? To all those who want to jump in and see what’s in store for you, find the trailer for season 3 below and get straight to it.