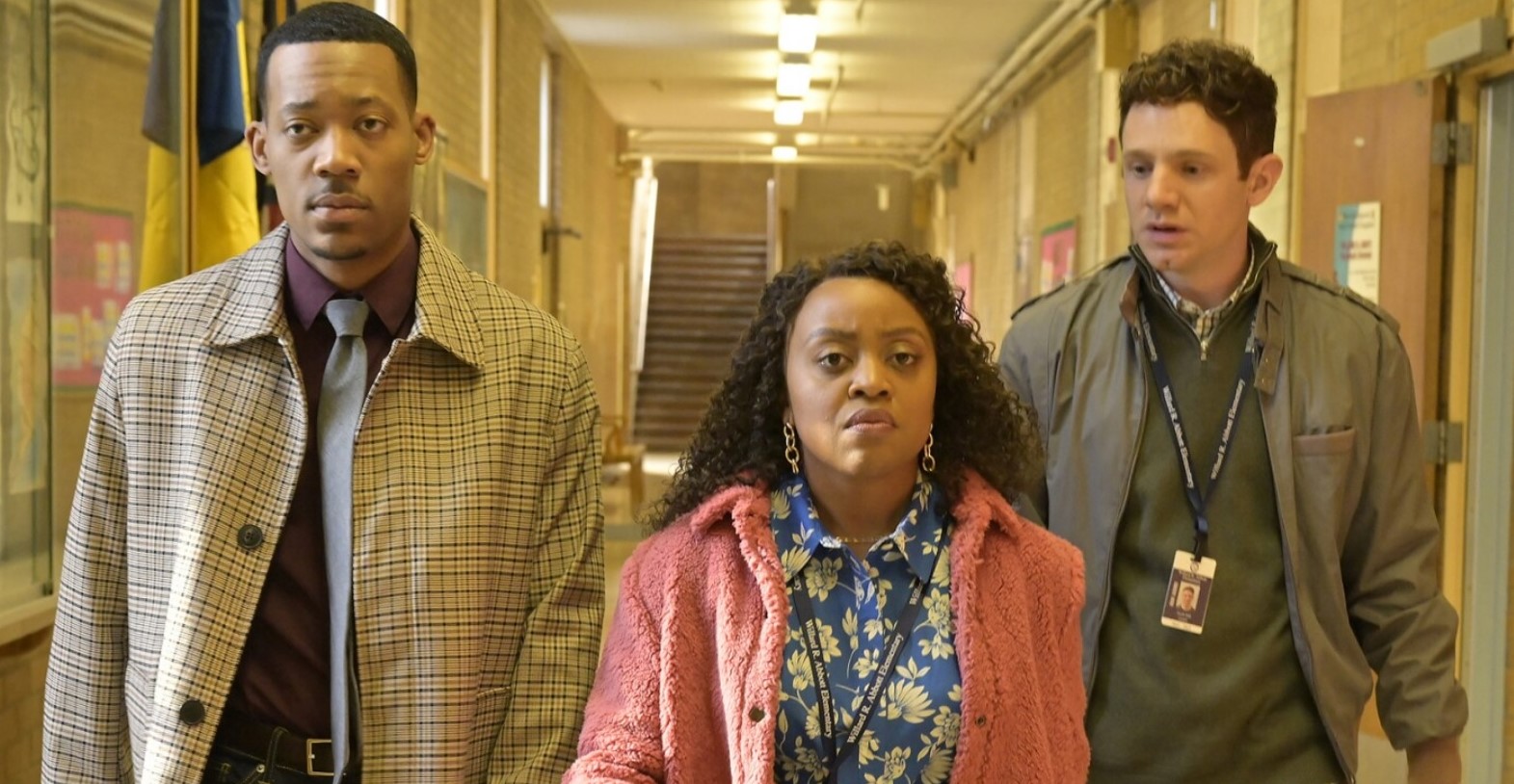 Created by Quinta Brunson, ‘Abbott Elementary’ is a mockumentary sitcom that follows a second-grade teacher who wants to initiate positive change in a school that is deprived of basic amenities. Her sole sense of support is her entourage of colleagues who also have their own share of problems to deal with. Apart from Brunson, the show stars Janelle James, Lisa Ann Walter, Tyler James Williams, Chris Perfetti, and Sheryl Lee Ralph. The show is based on a chaotic Philadelphia elementary school that never fails to entertain viewers. So if you want to know more about the show and how to watch it online, we have you covered!

What Is Abbott Elementary About?

Janine Teagues is a second-grade teacher who takes it upon herself to improve the existing conditions at Abbott Elementary. It is essentially in need of major renovation and change in order to suit the needs of the students who attend the school. Her colleagues who show up for her every once in a while include a substitute teacher Gregory Eddie, a second-grade teacher named Melissa Schemmenti, a history teacher Jacob Hill, a kindergarten teacher Barbara Howard, and Mr. Johnson.

In addition, the school principal Ava Coleman often manages to get on Janine’s nerves. Despite all the challenges involved, Janine is dedicated to her mission to help the students. Since you are planning on watching the show, what we have to share might be helpful for you!

Is Abbott Elementary on Netflix?

Netflix has a plethora of interesting TV shows to choose from, but unfortunately ‘Abbott Elementary’ is not included in its catalog as of now. However, if you’re searching for more sitcoms on the platform, you can go ahead and watch ‘The Office‘ and ‘Parks and Recreation.’

Is Abbott Elementary on Hulu?

You would be happy to know that ‘Abbott Elementary’ is streaming on Hulu. So if you are subscribed to the streamer, you can watch the show using Hulu+Live TV or and watch it through the streaming library right here!

Although the series is not available through Amazon Prime Video’s basic subscription, you can rent or buy your favorite episodes. To explore this option, you can head here!

Is Abbott Elementary on HBO Max?

‘Abbott Elementary’ is not a part of HBO Max’s current offerings. But you need not worry because the platform has many other shows you can opt for. A few of such comedies include ‘Curb Your Enthusiasm‘ and ‘The Big Bang Theory.’

Where to Watch Abbott Elementary Online?

Since ‘Abbott Elementary’ airs on ABC, you’ll be able to watch new episodes of the show on ABC’s official website and the ABC app. Besides that, you can watch ‘Abbott Elementary’ on live streaming platforms such as DirecTV, YouTube TV, and Fubo TV. You can also watch it on VOD platforms like iTunes, Vudu, Microsoft Store, YouTube, and Spectrum.

How to Stream Abbott Elementary for Free?

Fubo TV, YouTube TV, and Hulu+Live TV offer a 7-day free trial period, so you can utilize them to watch ‘Abbott Elementary’ at least one episode for free. However, you will have to eventually purchase a subscription to watch the entire season. Moreover, we don’t advise our readers to adhere to illegal methods for accessing content online. You can pay for the websites mentioned above and watch the show without any hassle.