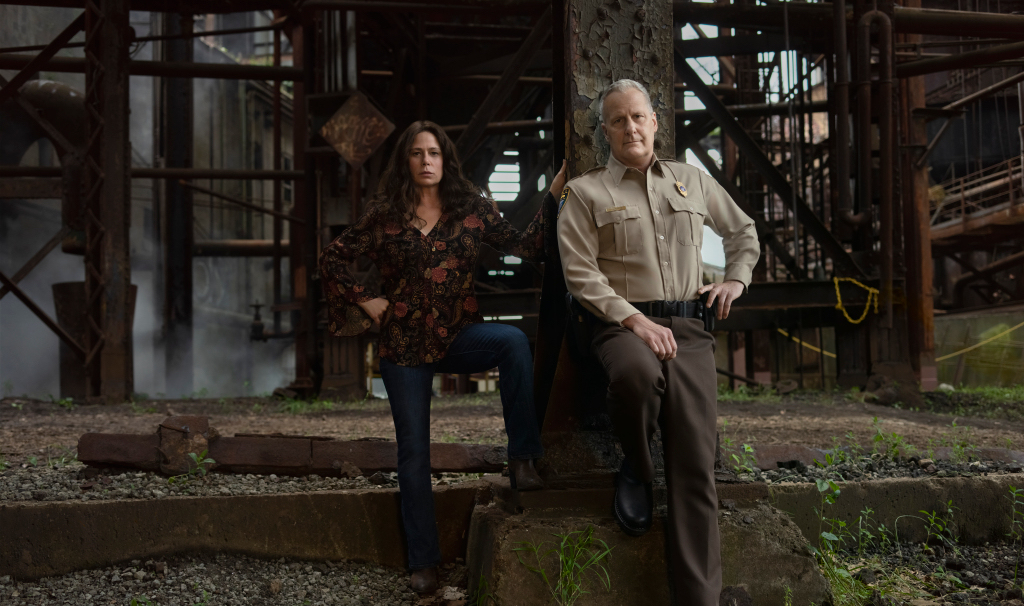 Inspired by Philipp Meyer’s 2009 debut novel of the same name, ‘American Rust’ is a murder-mystery family drama series that centers upon an economically backward town in Pennsylvania. The story of a conflicted Police Chief’s internal struggle to either perform his duties or to use his powers to help his lover keeps the viewers guessing and is, therefore, a fun watch. Featuring stand-out performances by Jeff Daniels, Maura Tierney, Bill Camp, David Álvarez, and Alex Neustaedter, the show is an ideal series for murder-mystery lovers. In case you wish to watch it, then here’s all the streaming information that you are going to need.

What is American Rust About?

The good-spirited people of a fictional steel town in Pennsylvania lead complicated lives because of the economic challenges that the region is facing. However, irrespective of the hardships in their path, the citizens courageously stick to their morals of honest living driven by love and empathy. But the lack of opportunities also means that the dedication of some of them to such high principles is also fragile.

When someone is murdered in an otherwise peaceful town, the responsibility of the investigation falls on the shoulders of Police Chief Harris. However, he finds himself in a spot as the accused is his love’s son. As the story unfolds, the lines between right and wrong begin to blur as viewers are forced to wonder the degree to which the Police Chief will corrupt himself for his lover.

Is American Rust on Netflix?

Netflix subscribers will have to find ‘American Rust’ on other platforms since the streaming giant’s current offerings do not include the murder-mystery series. However, we recommend our readers watch ‘The Valhalla Murders.’

Is American Rust on Hulu?

Hulu’s basic subscription does not include ‘American Rust,’ but you can get a Showtime add-on to stream the series and watch other exclusive content. Those who already have one can watch the drama unfold here.

Is American Rust on Amazon Prime?

‘American Rust’ is not a part of Amazon Prime’s regular offerings, and it is also not accessible as on-demand content. Prime subscribers can alternatively stream ‘Murdertown‘ or ‘The Fall.‘

Is American Rust on HBO Max?

Although ‘American Rust’ is not available on HBO Max subscribers can alternatively stream other somewhat similar shows like ‘The Flight Attendant‘ or ‘True Detective.’

How to Stream American Rust Online?

You can watch ‘American Rust’ online on Showtime’s official website or app. Fans will also be able to watch the latest episodes on live TV streaming platforms such as YouTubeTV, SlingTV, and FuboTV. Spectrum and DirecTV also have the murder-mystery series in their catalogs. AppleTV subscribers are also in luck since the show is accessible on the platform. Subscribers can head here to watch the series.

Where to Watch American Rust for Free?

Platforms such as DirecTV, FuboTV, AppleTV offer a 7-day trial, while YouTubeTV comes with a 14-day free trial. Showtime also gives its first-time subscribers a 30-day trial. So, people who wish to watch the ‘American Rust’ without paying anything can use the aforementioned offers provided they watch all episodes in the trial period. However, we encourage our readers to always pay for the content they wish to consume online.