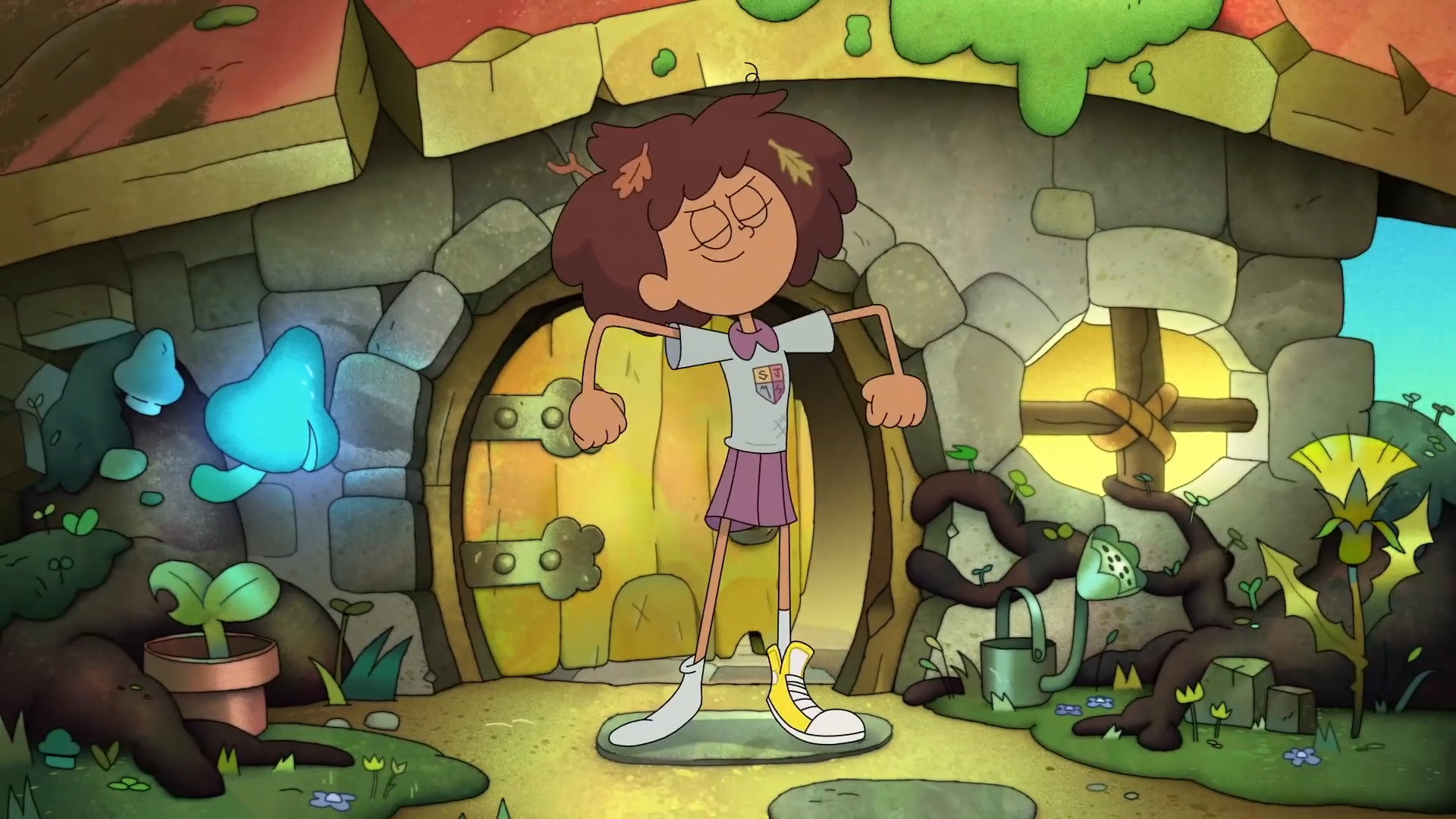 Created by Matt Braly, Disney’s ‘Amphibia’ is an animated series that centers upon Anne Boonchuy, a fearless teenager who, along with her friends Sasha and Marcy, gets transported to the world of Amphibia after she steals a mysterious music box. Now, surrounded by threatening creatures on a wild marshland tropical island, she must survive and find her way home. The show first premiered on June 17, 2019, and has managed to garner a huge fan following since then. Now in its third season, ‘Amphibia’ is still a fan-favorite, and viewers must be curious to learn more about its latest installment and how to watch it. Here’s everything we know!

What is Amphibia Season 3 About?

In the season 2 finale, Sasha and Grime, accompanied by Anne, arrive at Newtopia. But Anne feels betrayed when the duo reveals their plan to take over the kingdom. Amidst the conflict, Sasha and Grime learn about King Andrias’ sinister schemes. Andrias wants to take control of other worlds using the power of the music box, but luckily his evil plans are successfully thwarted. Just when Marcy manages to open a portal that can help them return to their families, she is unfortunately stabbed by Andrias. But thanks to her bravery, Anne manages to reach Los Angeles with the Plantars.

In season 3, after managing to escape the wild marshland tropical island, Anne finally returns to the real world. Immediately after getting back, she heads home to meet her parents after months of separation. Unfortunately, Marcy’s life is still at Andrias’ mercy, who sends a Frog-Bot to get rid of Anne and the Plantars. However, taking down Anne is not as easy as her arch-enemy believes. To see what happens next, you need to watch the third season. For that, here’s all the information you need!

Is Amphibia Season 3 on Netflix?

Netflix has a massive catalog of animated shows to keep its subscribers entertained. Unfortunately, ‘Amphibia’ season 3 is not available on the streamer and is unlikely to arrive even in the future. Therefore, we recommend Netflix subscribers alternatively stream ‘The Hollow‘ or ‘Hilda.’

Is Amphibia Season 3 on Hulu?

People who wish to watch ‘Amphibia’ season 3 as soon as it premieres on the Disney Channel can head to Hulu+Live TV. Unfortunately, if you have a basic subscription then will have to find other alternatives to watch the show, or you can watch ‘Overlord.’

Is Amphibia Season 3 on Amazon Prime?

‘Amphibia’ season 3 is not included in Amazon Prime’s regular offering, but the previous seasons are available on-demand. You can watch those episodes right here.

Is Amphibia Season 3 on HBO Max?

HBO Max’s current catalog does not include ‘Amphibia’ season 3, and it seems that the animated series is not going to be added to its video library anytime soon. So instead, you can watch ‘Spirited Away.‘

Is Amphibia Season 3 on Disney+?

Unfortunately, ‘Amphibia’ season 3 is currently not accessible on Disney+, and fans will have to wait for the official confirmation of its release on the streamer. Meanwhile, one can watch the previous seasons here.

Where to Watch Amphibia Season 3 Online?

‘Amphibia’ season 3 is available on Disney Now. Moreover, live streaming platforms such as SlingTV, YouTubeTV, and DirecTV all have the latest installment of the animated show in their catalogs. You can also watch previous seasons and check for the availability of the third season on Google Play, YouTube, iTunes, and Spectrum.

How to Stream Amphibia Season 3 for Free?

Live streaming platforms such as DirecTV and Hulu+Live TV offer a 7-day free trial for first-time subscribers. YouTube also offers a free trial, sometimes up to 14 days. So, you can watch the show for free provided you do so in the trial period. However, we recommend our readers refrain from using illegal means and watch their favorite shows online only after paying for them.