Is Becoming Elizabeth on Netflix, Hulu, Prime, or HBO Max? 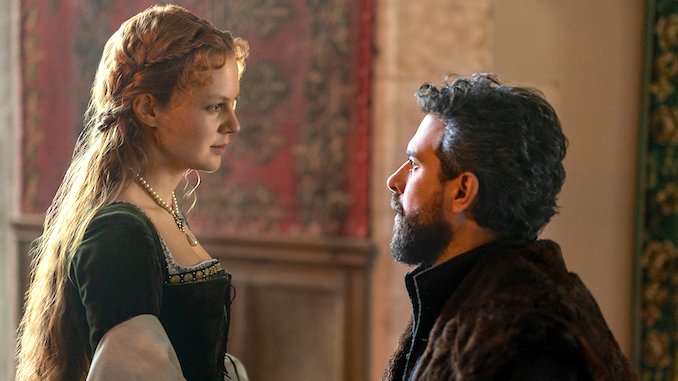 Starring Alicia von Rittberg, Romola Garai, Jessica Raine, and Tom Cullen, ‘Becoming Elizabeth’ is an American-British drama series created by Anya Reiss. The show primarily focuses on the early life of Queen Elizabeth I as she gets caught up in the political and sexual politics of the English court. While it seems that the path to the crown is set for her, the orphaned teenager faces challenges that will determine not only her future but also the destiny of new England. The captivating series offers an intimate understanding of Queen Elizabeth’s ascension to the throne. If you plan on watching, then here’s all the streaming and other information that you need.

What is Becoming Elizabeth About?

Following the death of Henry VIII, the fate of the empire suddenly fell on the shoulders of his children. Mary, Elizabeth, and Edward, suddenly found themselves embroiled in the politics of the English court. As the race for the control of new England intensifies, Elizabeth, who is just a teenager, must find her place in the politics of her father’s empire and eventually rise to the throne. Although, on the surface it may seem that her rise to the top is guaranteed. But she faces challenges far more complicated than she could have ever imagined.

Is Becoming Elizabeth on Netflix?

Netflix’s massive catalog of television shows and movies does not include the American-British drama series. People who have a subscription to the streaming giant can instead watch ‘Bridgerton.’

Is Becoming Elizabeth on Hulu?

Although Hulu’s regular catalog does not include ‘Becoming Elizabeth,’ the platform comes with a STARZ add-on, using which one can excess exclusive content. You can learn more about it here.

Is Becoming Elizabeth on Amazon Prime?

Amazon Prime’s current offering does not include the Alicia von Rittberg and Romola Garai-starrer. But people who plan to watch the show can use the STARZ add-on to stream the series here.

Is Becoming Elizabeth on HBO Max?

Since ‘Becoming Elizabeth’ is not available on HBO Max, subscribers can instead watch other shows like ‘Rome.’

Where to Watch Becoming Elizabeth Online?

The drama series is accessible for streaming on STARZ’s official website. One can also watch the show on DirecTV and Spectrum. The show will be available for watching on FuboTV, SlingTV, Philo, and YouTubeTV. As far as availability on video-on-demand platforms is concerned, there has been no official confirmation as of now.

How to Stream Becoming Elizabeth for Free?

Yes, one can stream ‘Becoming Elizabeth’ for free using the STARZ add-on provided by Amazon and the trial offered by Philo, YouTubeTV, and FuboTV. However, we encourage our readers to refrain from using illegal means and watch their favorite content online only after paying for them.