Is Belle on Netflix, Hulu, or Crunchyroll? Where to Stream Belle Online? 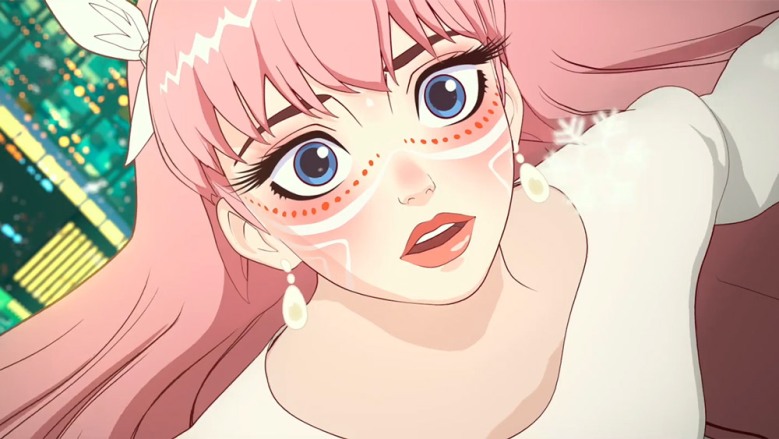 ‘Belle’ or ‘Ryuu to Sobakasu no Hime’ is an animated science fantasy film inspired by the French fairy tale titled “Beauty and the Beast,” which was written back in the 18th century by Jeanne-Marie Leprince de Beaumont. The Mamoru Hosoda (‘Mirai’) directorial recounts a heart-warming story of self-discovery that can move anyone to tears. It revolves around an introverted teenager who mostly keeps to herself but truly gets to express herself in a virtual world.

On one of her ordinary visits to this world of fantasy, she encounters and decides to go after a monstrous creature unbeknownst to the fact that it will turn out to be a life-changing decision. Curious to learn more about the films’ premise or where it can be streamed? We have got you covered.

What is Belle About?

Suzu is a high schooler who lives in a rural village and generally prefers to stay alone. The teenager barely has any friends because of her introverted nature, but in the virtual world where she gets to express herself freely, Suzu is a globally-beloved singer. On an ordinary day, when she is busy entertaining her fans at a concert, her performance is interrupted by a monstrous creature. It turns out that several vigilantes have taken it upon themselves to hunt down the mysterious beast. Curious to meet the mythical creature that she saw, Suzu sets out on a perilous journey to find the monstrous creature before anyone else. However, her journey proves to be a life-changing adventure that ends up teaching the teenager several unforgettable lessons.

Is Belle on Netflix?

No, ‘Belle’ is not accessible on the streaming giant. People with a Netflix subscription who love fantasy anime may like ‘The Witcher: Nightmare of the Wolf.’

Is Belle on Hulu?

The Mamoru Hosoda directorial is not part of Hulu’s basic offering. One can look for the movie someplace else, or they can stream ‘Dragon Age: Dawn of the Seeker.‘

Is Belle on Amazon Prime?

Amazon Prime’s regular catalog does not include ‘Belle.’ The film is also not accessible for rent/purchase on the platform. Therefore, Prime subscribers can instead watch dark-fantasy anime like ‘Dororo.’

Is Belle on Crunchyroll?

Crunchyroll subscribers will have to look for the move on some other platform as it is currently not accessible on the streamer as of now. However, we recommend our readers alternatively stream ‘Mononoke.’

Is Belle on Funimation?

No, the fantasy movie is not accessible for streaming on Funimation. Subscribers who wish to watch a somewhat similar film may like ‘Kingdom The Movie.’

Where to Watch Belle Online?

‘Belle’ released all over the United States on January 14, 2022, after a preview on January 12, 2022, in IMAX theaters. People who wish to watch the film in cinema halls can book their tickets to the nearest theaters on Fandango. As far as the availability of VOD platforms is concerned, there is no official confirmation by Toho (the distribution company) as of now. However, we recommend our readers regularly check websites like Google Play, Microsoft Store, iTunes, and Vudu.

How to Stream Belle for Free?

Since the fantasy movie is only released theatrically in the United States, it is currently not accessible for free streaming. Cord-cutters will have to wait for the availability of ‘Belle’ on VOD platforms. However, we encourage our readers to refrain from using illegal means and watch their favorite movies online only after legally paying for them.