Is Benediction on Netflix, HBO Max, Hulu, or Prime? 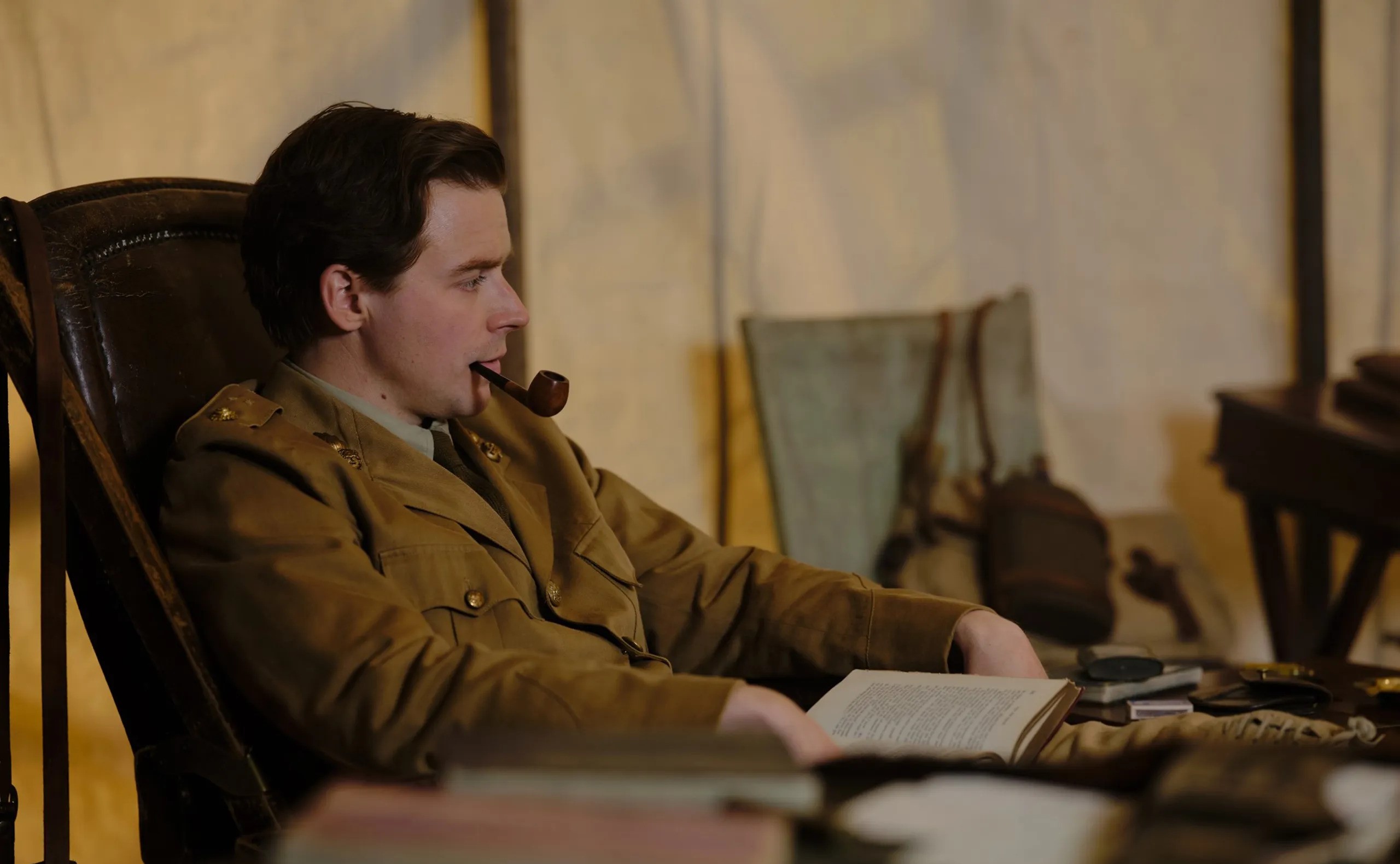 ‘Benediction’ is a biographical war drama movie that chronicles the life of Siegfried Sassoon — a 20th-century war poet — as he tries to find himself and chases personal salvation throughout the narrative. Directed and written by Terence Davies, the war movie features impressive performances from a stellar cast, including Jack Lowden, Peter Capaldi, Simon Russell Beale, Jeremy Irvine, and Kate Phillips. In case you want to learn more about the film and watch it yourself, you might want to know what we have to share!

What is Benediction About?

Set during World War 1, the narrative revolves around Siegfried Sassoon, who gets recognized for his bravery in the war. However, he turns into a poet and becomes a critic of the government due to the continuation of the war. For his opposing stance against the government, Sassoon is sent to a psychiatric facility. In the meanwhile, he explores his sexual identity as he indulges in several affairs with men and tries to accept his homosexuality. However, he tries to find peace by marrying a woman and living life just like others at the time.

Is Benediction on Netflix?

We hate to break it to you that ‘Benediction’ is not included in the expansive collection of movies and TV shows on Netflix. However, talking of its collection, subscribers have other alternatives available at their disposal on the streaming giant. We recommend you watch ‘Dance of the Forty One‘ and ‘Elisa & Marcela.’ Even though both are not set against the backdrop of war, they are biographical period dramas that involve LGBTQ+ characters.

Is Benediction on Hulu?

Hulu subscribers might be disappointed as ‘Benediction’ is not a part of the streamer’s massive catalog. However, you can turn to similar films that tackle the same themes; we believe you will enjoy ‘Moffie‘ and ‘Das Boot.’ The latter might not highlight LGBTQ+ romance but it does involve the theme of forbidden love set against the backdrop of war.

Is Benediction on Amazon Prime Video?

No, ‘Benediction’ is not available for streaming on Amazon Prime Video. But that should not stop you from checking out other alternatives available on the streaming giant, including ‘Soldier’s Girl.’ Much like ‘Benediction,’ it gives a detailed account of war and the complications it brings to relationships.

Is Benediction on HBO Max?

Since ‘Benediction’ is not a part of HBO Max’s extensive library of content, subscribers of this streamer will need to look for the war drama film on other platforms. In the meantime, you can turn to some similar films that are accessible on this platform, such as ‘Cold Mountain‘ and ‘Atonement.’ Both these are war dramas that include the theme of complicated relationships.

Where to Watch Benediction Online?

Since ‘Benediction’ released exclusively in theatres, as of now, there is no way for you to catch the drama film online on any of the digital platforms. At the present moment, the only way you can watch the life of Siegfried Sassoon unfold is on the big screen. So, if you cannot seem to wait any longer to watch the movie, you can check out show timings and book tickets on the movie’s official website and Fandango.

How to Stream Benediction for Free?

As mentioned above, the war drama film is not available for streaming on any of the platforms; thus, there is currently no way for you to stream ‘Benediction’ for free. All you can do is keep your fingers crossed and hope that it gets made available on any of the digital platforms that provide a free trial to their new users. Having said that, we always encourage our readers to pay for the content they wish to consume instead of resorting to illegal and unsafe methods for doing the same.