Is Bob Hearts Abishola on Netflix, Hulu, or Prime? 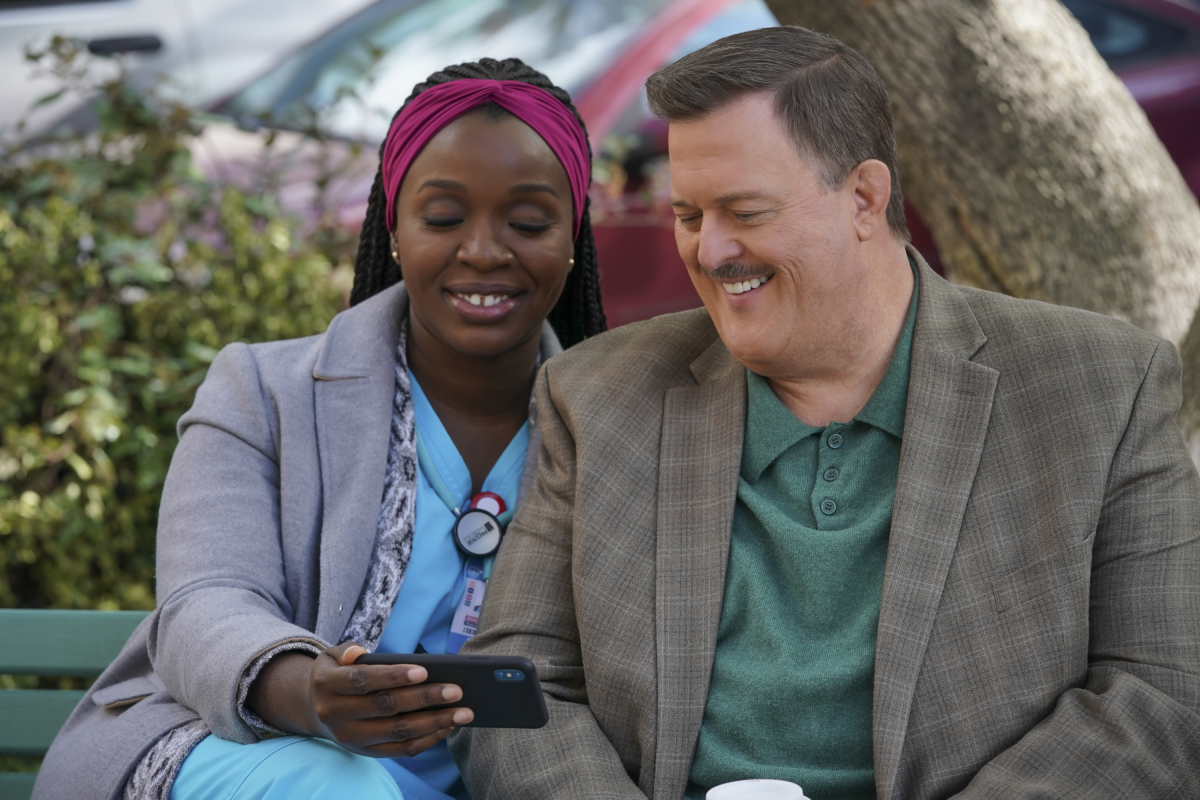 Created by Chuck Lorre (‘Big Bang Theory‘), Eddie Gorodetsky (‘Two and a Half Men’), Al Higgins, and Gina Yashere, CBS’ ‘Bob Hearts Abishola’ is a sitcom that features talented actors like Billy Gardell, Folake Olowofoyeku, Christine Ebersole, Matt Jones, and Maribeth Monroe. The series chronicles the hilarious experience of Bob, a passionate businessman, whose mild heart attack turns out to be a blessing in disguise as he falls in love with a nurse of Nigerian origin, Abishola.

Sadly, cultural differences and a lack of interest from Bob’s potential partner stand in his way, but he remains unperturbed by the challenges. With elements of romance, the comedy series is undoubtedly one of the funniest yet heart-warming shows currently out there. If you plan on watching it, then here’s all the information you need.

What is Bob Hearts Abishola About?

Robert “Bob” Wheeler is a hardworking and ambitious man who runs a successful compression sock manufacturing company owned by his family. The Detroit-based businessman shoulders the responsibility of growing the organization along with his mother and younger twin siblings. Unfortunately, in the race to remain relevant in the market, Bob pushes himself to the point that he ends up having a mild heart attack.

While he recovers at the Woodward Memorial Hospital, Bob meets a compassionate and kind nurse named Abishola Adebambo and falls in love with her. But hardworking Abishola has no interest or time for a love affair. However, that does not discourage him as he completely overlooks all the cultural differences between them. This eventually leads to countless hilarious confrontations between the two. The American-Nigerian story of connection is a must-watch for anyone who is looking for a light-hearted series.

Is Bob Hearts Abishola on Netflix?

Netflix subscribers who are looking for ‘Bob Hearts Abishola’ on the streaming giant will be disappointed since it is currently not accessible on the platform. Instead, you could watch other comedy series can instead watch ‘Grace and Frankie‘ or ‘Kim’s Convenience.’

Is Bob Hearts Abishola on Hulu?

‘Bob Hearts Abishola’ is available for live streaming on Hulu+Live TV. However, if you only have a basic Hulu subscription, then you may have to find the series on a different platform. But there are other comedy shows that you could stream on Hulu, such as ‘Letterkenny‘ and ‘Grown-ish.’

Amazon Prime subscribers with a Paramount+ add-on can head here to watch the sitcom. However, one can also purchase their favorite episodes or season on the aforementioned link.

You will find ‘Bob Hearts Abishola’ on CBS’ official website. The Billy Gardell-starrer is also accessible on Paramount+. If you wish to live-stream the latest episodes of the sitcom, you can head to FuboTV, DirecTV, and YouTubeTV. Fans can purchase their favorite season on Video-on-demand platforms such as iTunes, Vudu, Microsoft Store, Google Play, and YouTube. Xfinity and Spectrum also have ‘Bob Hearts Abishola’ in their current offerings.

How to Stream Bob Hearts Abishola for Free?

Now, there are several ways you can stream ‘Bob Hearts Abishola’ without paying a single penny. The 7-day trial offered by FuboTV, DirecTV, and Hulu+Live TV or the 14-day free-streaming offer by YouTubeTV can all be used to watch the sitcom free of cost. But we do encourage our readers to pay for the content they wish to consume online.