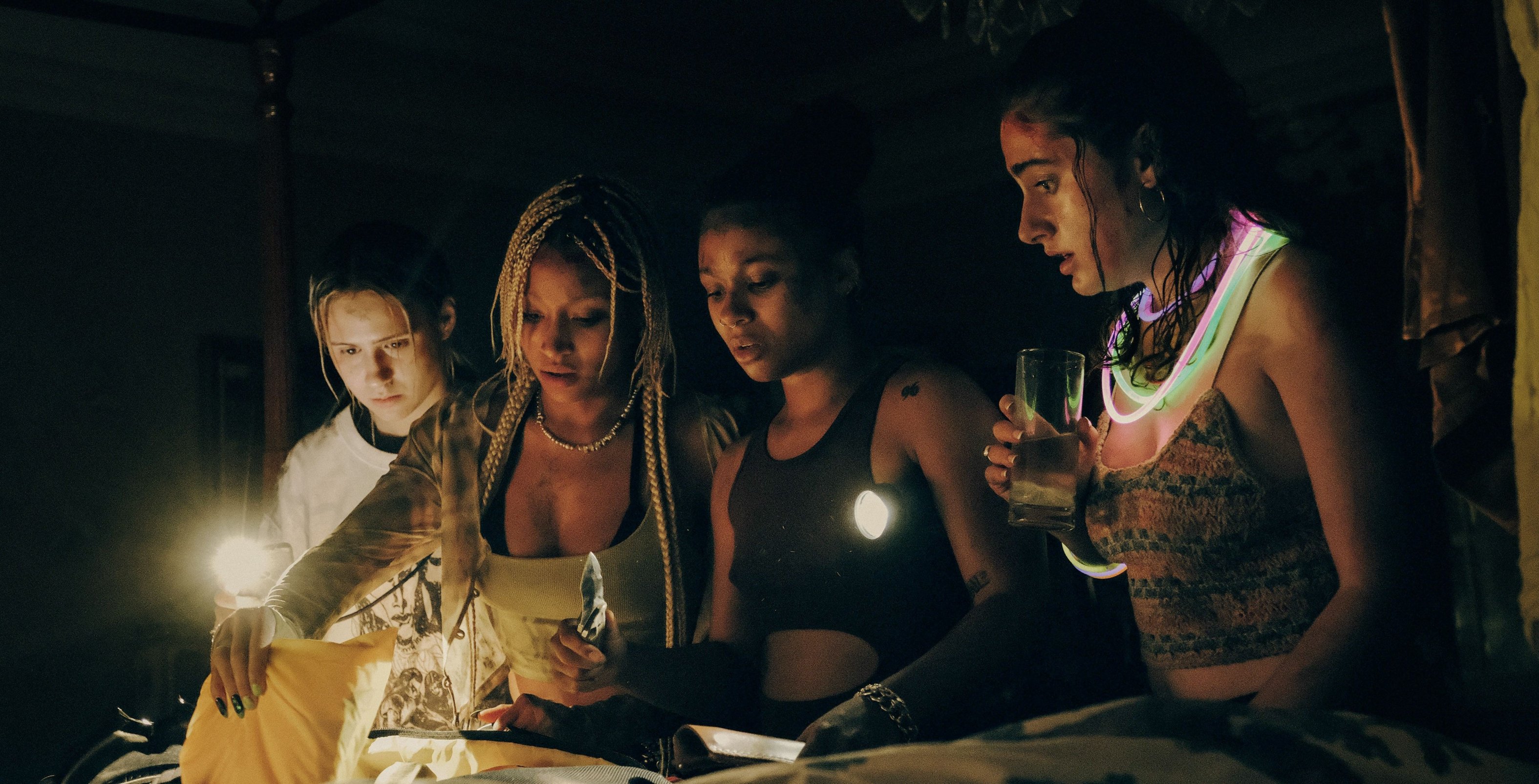 ‘Bodies Bodies Bodies’ is a horror comedy movie helmed by Halina Reijn that involves a group of friends gathering in a secluded family mansion and playing the titular party game. Things go south when the game turns into something truly horrific and leads to murder. The blend of horror and comedic elements throughout the film is kept very natural and subtle thanks to the impressive performances from a talented ensemble cast, comprising Amandla Stenberg, Maria Bakalova, Pete Davidson, Chase Sui Wonders, and Lee Pace. In case you are eager to learn more about the film, including where to watch it, you might be interested in what we have to share about the same!

The narrative follows a group of seven friends who decide to party at a remote mansion in the middle of a hurricane, hosted by Sophie and the excessively wealthy, David. To add more entertainment to their time together, they decide to play a game called bodies bodies bodies. What was meant to be a fun game turns out to be horrific and negatively affects their friendship with one another. Things get even more terrible when they realize that a real murder has taken place in the mansion, and have to find out who the culprit among them is. Are you curious to find out who the killer is? For that, you will have to watch the horror comedy film yourself; and here are all the ways you can do so.

No, ‘Bodies Bodies Bodies’ is unavailable for streaming on Netflix. Thanks to the streaming giant’s massive catalog though, you have the option to enjoy other alternatives, such as ‘The Babysitter‘ and ‘Girls With Balls.’

Hulu subscribers might be disappointed as ‘Bodies Bodies Bodies’ is not included in the platform’s expansive collection of movies and TV shows. However, you can turn to similar films on the streamer, including ‘All My Friends Hate Me‘ and ‘Corporate Animals.’

Even though ‘Bodies Bodies Bodies’ is not a part of Amazon Prime Video’s regular offering, there are several other alternatives on the streaming giant. You might enjoy watching ‘Scary Movie 5.’

HBO Max subscribers will have to look for ‘Bodies Bodies Bodies’ on other platforms as the horror comedy is unavailable on this streamer. Alternatively, you can choose to watch a couple of similar movies, such as ‘The Faculty‘ and ‘House.’

As mentioned above, the horror comedy film is not available on digital platforms, which means that there is currently no way for you to stream ‘Bodies Bodies Bodies’ for free. Though you can keep your fingers crossed and hope that it lands on any of the online platforms offering a free trial to their new users. Having said that, we request our readers to refrain from using illegal means to watch their favorite content and instead pay for the relevant subscriptions to do the same.