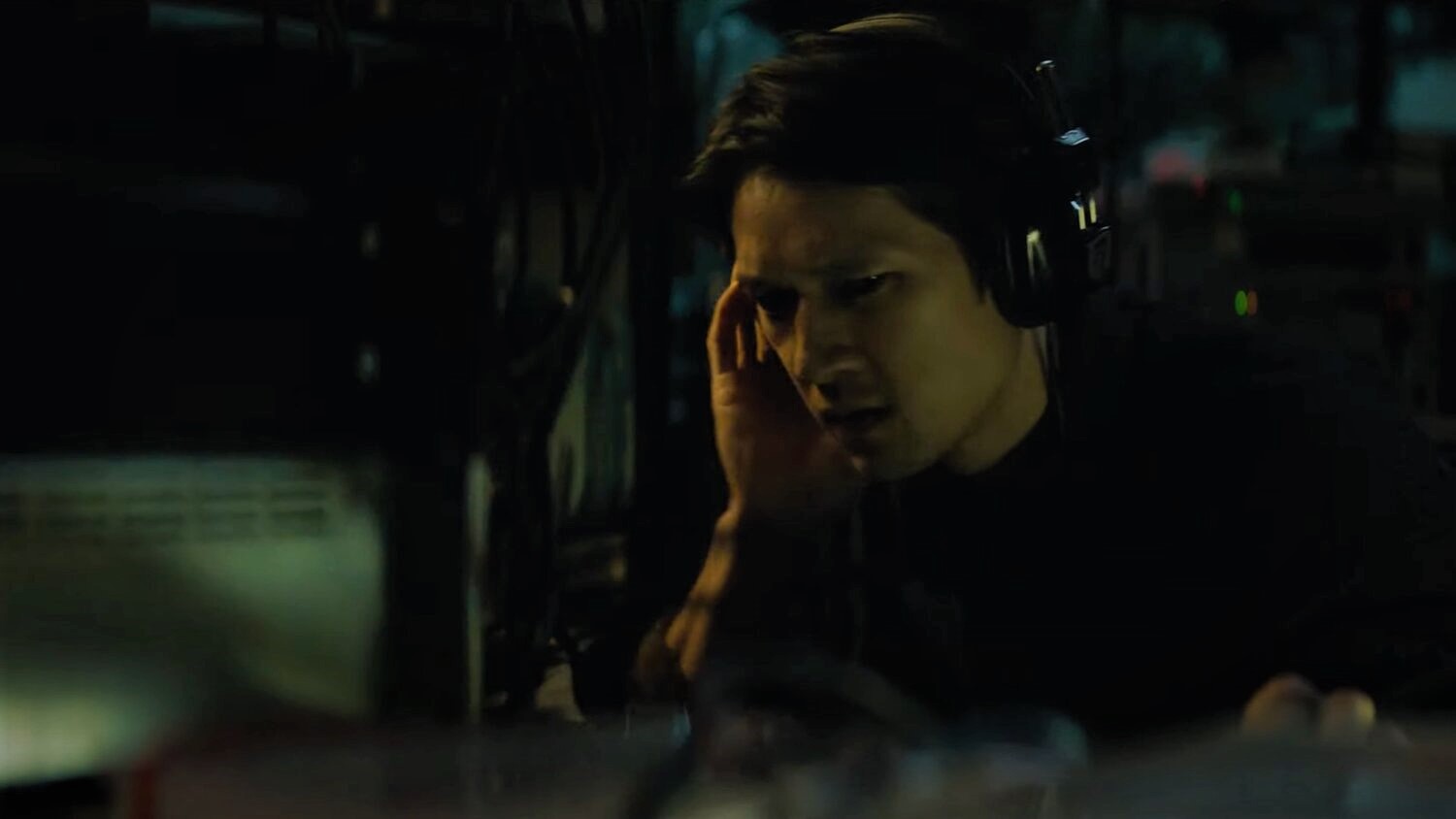 Directed by Jacob Gentry, ‘Broadcast Signal Intrusion’ is a horror suspense movie that features Harry Shum Jr., Chris Sullivan, Kelley Mack, Steve Pringle, and Justin Welborn. The film centers upon a young man whose life turns upside down when his wife inexplicably disappears with no clue of her whereabouts. Three years later, while working for a Chicago television station, he discovers a broadcast signal intrusion that ultimately leads him to a shocking conspiracy that may have something to do with his missing wife.

The film gradually builds up the suspense throughout its 1 hour 44 minuter run until it surprises the audience with the horrifying truth at the end. Here’s everything you need to know about the premise of ‘Broadcast Signal Intrusion’ and other streaming details.

What is Broadcast Signal Intrusion About?

Ever since James’s wife mysteriously disappeared three years ago without any trace, he has never been the same. Haunted by his memories, he slowly manages to find an escape by losing himself at work. One ordinary day he notices a broadcast signal intrusion in one of the videos that he is archiving for a Chicago television station. The strange instances intrigue him, and he begins to dig deeper. When he learned about an episode of a sci-fi TV show that reportedly experienced similar BSI, James’ excitement knows no bounds. But sadly, he can’t retrieve the tape as all the copies were taken by FCC.

However, his investigation continues, and he unknowingly uncovers a huge conspiracy that is related to his wife’s strange disappearance. With the lives of several other women at risk as well, can James solve the strange case and figure out his wife’s whereabouts before it’s too late?

Is Broadcast Signal Intrusion on Netflix?

Netflix subscribers will have to find other alternatives to watch the Chris Sullivan-starrer since it is not available on the streaming giant. We recommend our readers alternatively stream ‘Things Heard & Seen‘ or ‘Blood Red Sky.’

Is Broadcast Signal Intrusion on Hulu?

No, ‘Broadcast Signal Intrusion’ is not part of Hulu offerings. Moreover, the film is highly unlikely to be accessible on the platform in the near future. Therefore, subscribers can either watch other horror flicks like ‘Wounds‘ or ‘Down.’

Although Amazon Prime’s regular catalog does not include the Jacob Gentry directorial, one can head here to rent the movie for $6.99 or purchase it for $14.99.

HBO Max’s current catalog does not include ‘Broadcast Signal Intrusion.’ But the streamer does have some really good horror movies worth watching, and you should definitely check out ‘The Conjuring: The Devil Made Me Do It‘ or ‘The Hunt.’

‘Broadcast Signal Intrusion’ is available for rent/purchase on VOD platforms such as Microsoft Store, YouTube, and Vudu. You can also stream the film from the comfort of your home on DirecTV and Spectrum. Fans who prefer watching movies in cinema halls can head here to book their tickets.

How to Stream Broadcast Signal Intrusion for Free?

Unfortunately, cord-cutters who are looking for ways to watch the film free of charge will be disappointed since the ‘Broadcast Signal Intrusion’ is only released in theaters and as on-demand content online as of now. But we encourage our readers to refrain from illegal means and watch their favorite movies online only after paying for them.