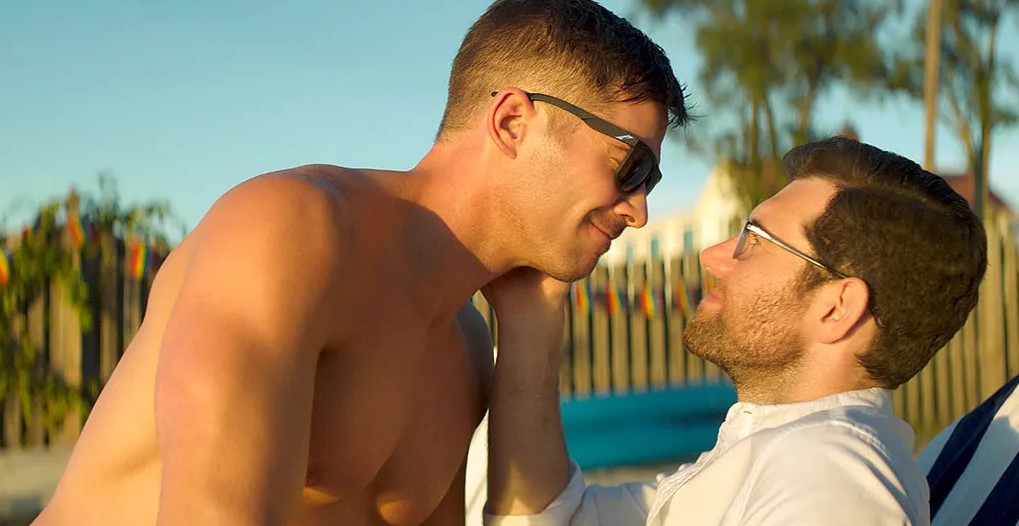 ‘Bros’ is a romantic comedy movie that revolves around two gay men, both of whom struggle with commitment issues, making it hard for them to dip their feet in love. Co-written and directed by Nicholas Stoller, the rom-com tackles some prevalent societal problems with the help of satire and comedic elements spread throughout the narrative.

Apart from that, the impressive and hilarious performances from a talented cast comprising Billy Eichner, Luke Macfarlane, Ts Madison, Monica Raymund, and Guillermo Díaz enhance the movie’s overall quality. So, if you are interested in learning more about the comedy movie, here are all the necessary details!

What is Bros About?

‘Bros’ follows a proud yet self-doubting New York museum curator named Bobby Lieber, tasked with writing a romantic comedy about a gay couple. As he is working on the script, a handsome and charming lawyer, Aaron, enters his life and flips it upside down. As the two spend more time together, Bobby falls in love with him and explores a new side of himself that he wasn’t aware of earlier. Now, if you wish to watch the romance between Bobby and Aaron unfold, you must catch the movie yourself. Here are all the ways you can do so!

Is Bros on Netflix?

Unfortunately, ‘Bros’ is unavailable for streaming on Netflix. Though, there are plenty of similar films you can enjoy watching on the streaming giant, like ‘Single All The Way‘ and ‘Alex Strangelove.’

Is Bros on Hulu?

Hulu subscribers will be disappointed as ‘Bros’ is not included in the platform’s expansive collection of movies and TV shows. However, don’t let it stop you from checking out other alternatives that Hulu houses. You will likely enjoy ‘Fire Island‘ and ‘Just Friends.’

Is Bros on Amazon Prime?

Amazon Prime might not house ‘Bros,’ but it offers its subscribers a plethora of similar movies. We recommend you watch ‘My Fake Boyfriend‘ and ‘Benjamin.’

Is Bros on HBO Max?

HBO Max subscribers will need to look for ‘Bros’ on other streamers because the romantic movie is not a part of the platform’s extensive library. Alternatively, you can turn to some excellent alternatives that the streamer houses, such as ‘Sublet.’

Where to Watch Bros Online?

As of writing, ‘Bros’ has been released exclusively in theatres and is unavailable for streaming on any digital platform. This means that there is currently no possible way for you to watch the gay romantic comedy movie online. If you wish to have a more immersive experience and enjoy the film on the big screen, you can check out show timings and book tickets to a nearby theater on the movie’s official website and Fandango.

How to Stream Bros For Free?

As mentioned above, ‘Bros’ is not available on any digital platform, so you cannot stream the Nicholas Stoller directorial for free. All you can do is keep your fingers crossed that it arrives on any online platforms offering free trials to new subscribers. Meanwhile, we request our readers to avoid using illegal methods to watch their favorite content and instead pay for the relevant subscriptions to do the same.