Is Bullet Train on Netflix, HBO Max, Hulu, or Prime? 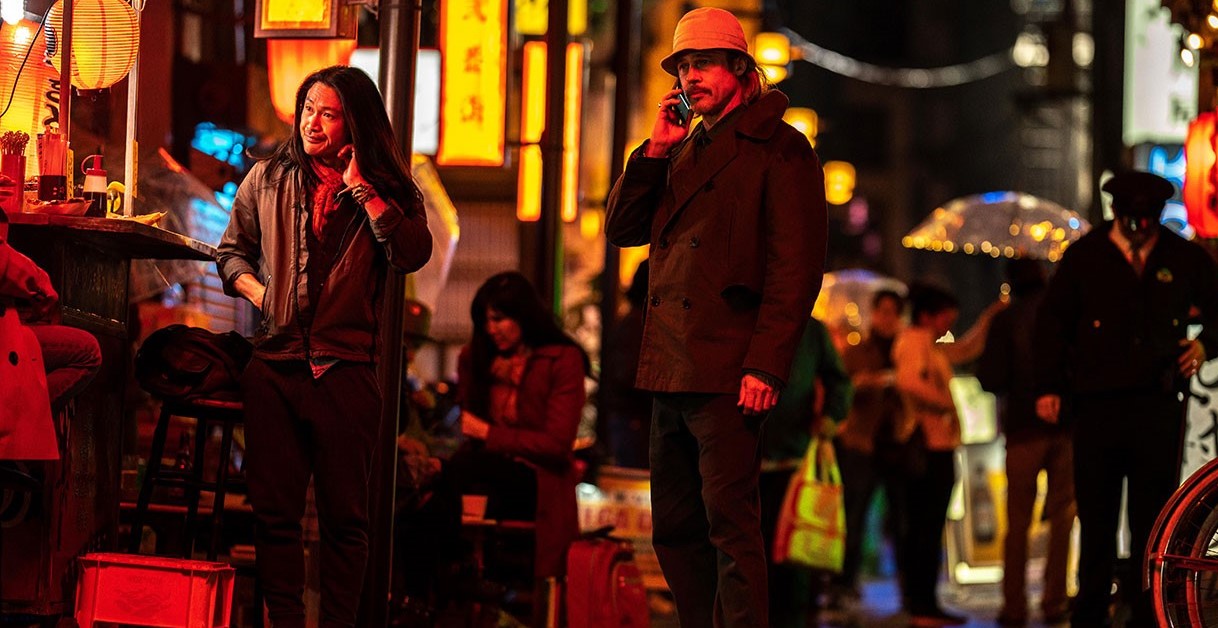 Based on Kōtarō Isaka’s Japanese novel, ‘ Maria Beetle’ (‘Bullet Train’ in English), ‘Bullet Train’ is an action comedy movie that revolves around a trained assassin named Ladybug. He is given a suspiciously simple mission of collecting a briefcase on a bullet train heading from Tokyo to Kyoto. Helmed by David Leitch, the thriller film boasts a star-studded ensemble cast comprising Brad Pitt, Sandra Bullock, Joey King, Aaron Taylor-Johnson, and Brian Tyree Henry. If you are a fan of these talented actors, you must be eager to learn more about the movie and watch it. Well, allow us to provide you with all the necessary details regarding the same!

What is Bullet Train About?

‘Bullet Train’ follows Ladybug, a skilled yet unlucky assassin who considers retiring from this life but gets pulled right back in by Maria Beetle, his handler. Surprisingly, he gets a relatively easier mission of collecting and taking a specific briefcase on a bullet train. Even though there is hardly any chance of putting a foot wrong, Ladybug’s luck works against him again as several other assassins are aboard the same bullet train. What makes it even more interesting is that all their missions are interconnected. Now that your interest has peaked, here are all the ways you can watch the Brad Pitt-starrer!

Is Bullet Train on Netflix?

Netflix subscribers are in for a disappointment as ‘Bullet Train’ is unavailable for streaming on the platform. However, don’t let this stop you from checking out other alternatives in the vast collection, such as ‘The Gray Man‘ and ‘Kate.’

Is Bullet Train on Hulu?

Hulu subscribers will have to look for ‘Bullet Train’ on other platforms as it is not included in this streamer’s content library. Instead, you can turn to similar thrilling movies on Hulu, like ‘Money Train‘ and ‘Unstoppable.’ Although the narratives of both these movies are quite different, they include a lot of action sequences on a train, much like ‘Bullet Train.’

Is Bullet Train on Amazon Prime?

While Amazon Prime Video doesn’t house ‘Bullet Train’ in its expansive collection of movies and TV shows, you can always watch other alternatives on the streaming giant. You might enjoy watching high-octane action flicks like ‘Wrath of Man‘ and ‘Kill Chain.’

Is Bullet Train on HBO Max?

Unfortunately, ‘Bullet Train’ is not a part of HBO Max’s massive content catalog. Nevertheless, the streamer houses plenty of other movies that can appease your hunger for action movies. We recommend you watch ‘2 Guns‘ and ‘The Heat.’

Where to Watch Bullet Train Online?

Since ‘Bullet Train’ has been released exclusively in theatres, as of now, there is no means for you to watch the David Leitch directorial online. Currently, the only way you can watch the five assassins fight for their individual missions is on the big screens. So, if you cannot wait any longer to watch the movie, you can always check show timings and book tickets on the movie’s official website and Fandango.

How to Stream Bullet Train For Free?

As mentioned above, the action comedy film is unavailable on digital platforms, which means that there is presently no way for you to stream ‘Bullet Train’ for free. All you can do is hope for it to arrive on any online platform offering a free trial to its new subscribers. Meanwhile, we urge our readers to always pay for the content they wish to consume rather than turn to illegal means to do the same.