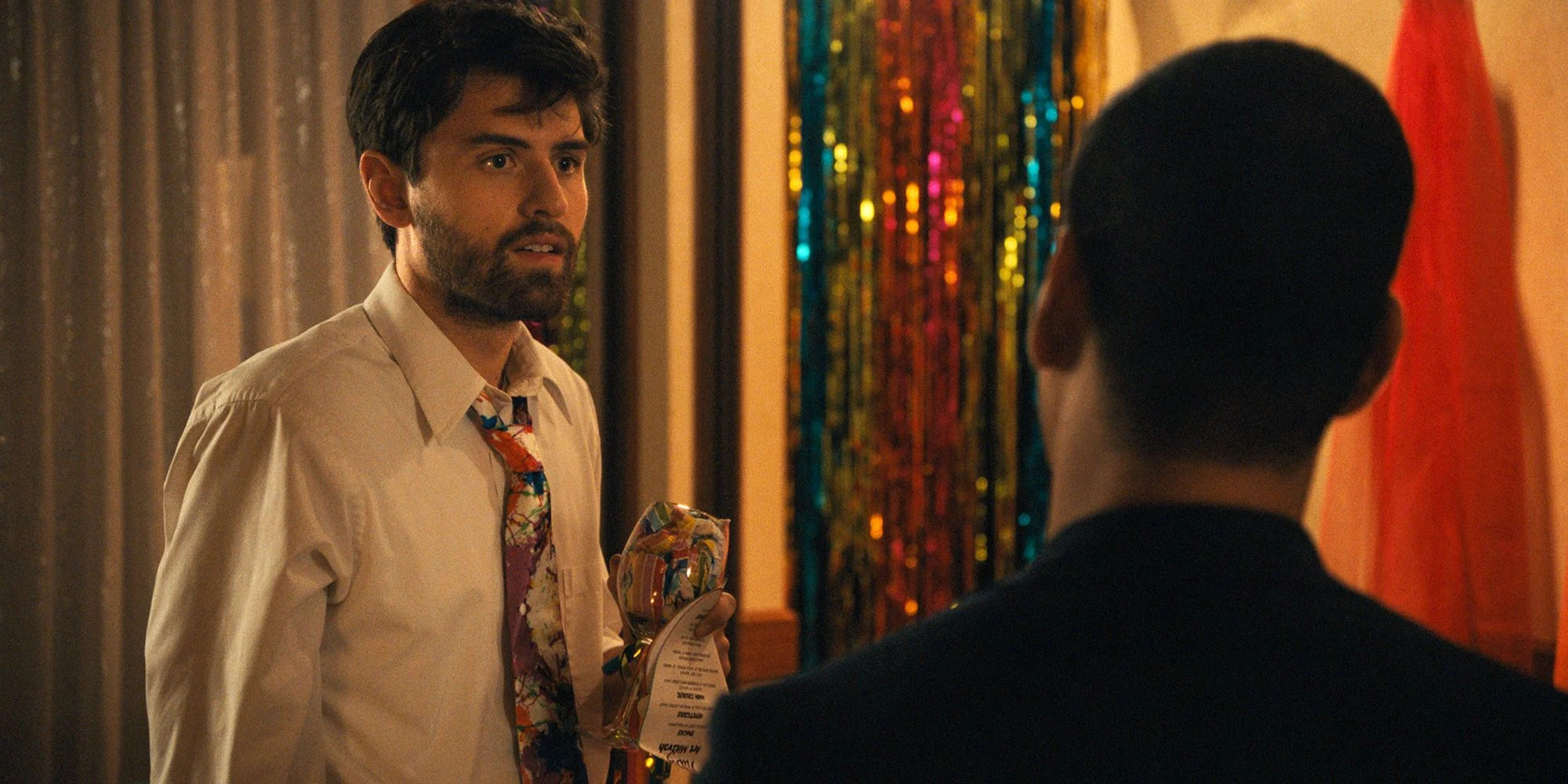 ‘Cha Cha Real Smooth’ is a comedy-drama movie that revolves around a young man who has a knack for getting parties started, and in one of them, he starts bonding with a mother and her daughter. Directed and written by Cooper Raiff, the film features stellar performances from a talented group of actors, such as Cooper Raiff, Dakota Johnson, Vanessa Burghardt, and Leslie Mann. If you are a fan of comedies with a heartwarming twist, you must be eager to learn more about the humorous movie and watch it yourself. Well, in that case, we have something interesting to share!

What is Cha Cha Real Smooth About?

The narrative revolves around 22-year-old Andrew, who has just graduated but does not have any idea about what he wants to do in life. However, amid all this cluelessness, there is one thing that he knows, and it is to get parties started. Given his talent, Andrew lands a job as the party host at the bar mitzvahs for his younger brother’s classmates. There he bonds with Domino, a local mom, and Lola, her daughter, and surprisingly enough, discovers his true calling. Now, if you are intrigued about Andrew’s experiences and wish to watch the movie, here are all the ways you can do so!

Netflix subscribers looking to watch the Dakota Johnson-starrer on the streaming giant will be disappointed as the movie is unavailable on the platform. Although, people with a subscription to the streamer can instead watch ‘Without Saying Goodbye‘ and ‘Falling Inn Love.’

Hulu’s expansive collection of movies and TV shows does not include ‘Cha Cha Real Smooth.’ Subscribers searching for something similar can tune into movies like ‘The Worst Person in the World‘ and ‘Together Together.’

We hate to break it to you that ‘Cha Cha Real Smooth’ is not a part of Amazon Prime Video’s extensive catalog of content. Nonetheless, subscribers have the option of tuning into other alternatives that are available on the streaming giant; we recommend you watch ‘Chemical Hearts‘ and ‘Almost Friends.’

No, ‘Cha Cha Real Smooth’ is unavailable for streaming on HBO Max. However, you can make the most of your subscription by turning to similar films at your disposal, such as ‘Larry Crowne‘ and ‘Alice Doesn’t Live Here Anymore.’

‘Cha Cha Real Smooth’ premiered on June 17, 2022, in limited theatres as well as on Apple TV+. Thus, people who wish to watch the comedy-drama movie can book their tickets to the nearest theatre on the movie’s official website and Fandango. Moreover, if you want to enjoy the film at home online, you can do so by watching it on Apple TV+. Apart from that, the movie is unavailable for streaming or on-demand purchase on any other digital platform.

How to Stream Cha Cha Real Smooth for Free?

Fortunately, Apple TV+ provides its new subscribers a 7-day free trial, which you can use to stream ‘Cha Cha Real Smooth’ for free. Since the movie is not available on any other digital platforms, as mentioned above, there is no other way for you to watch the film free of cost. That said, we request our readers to refrain from using illegal means to watch their favorite content and always pay for it instead.