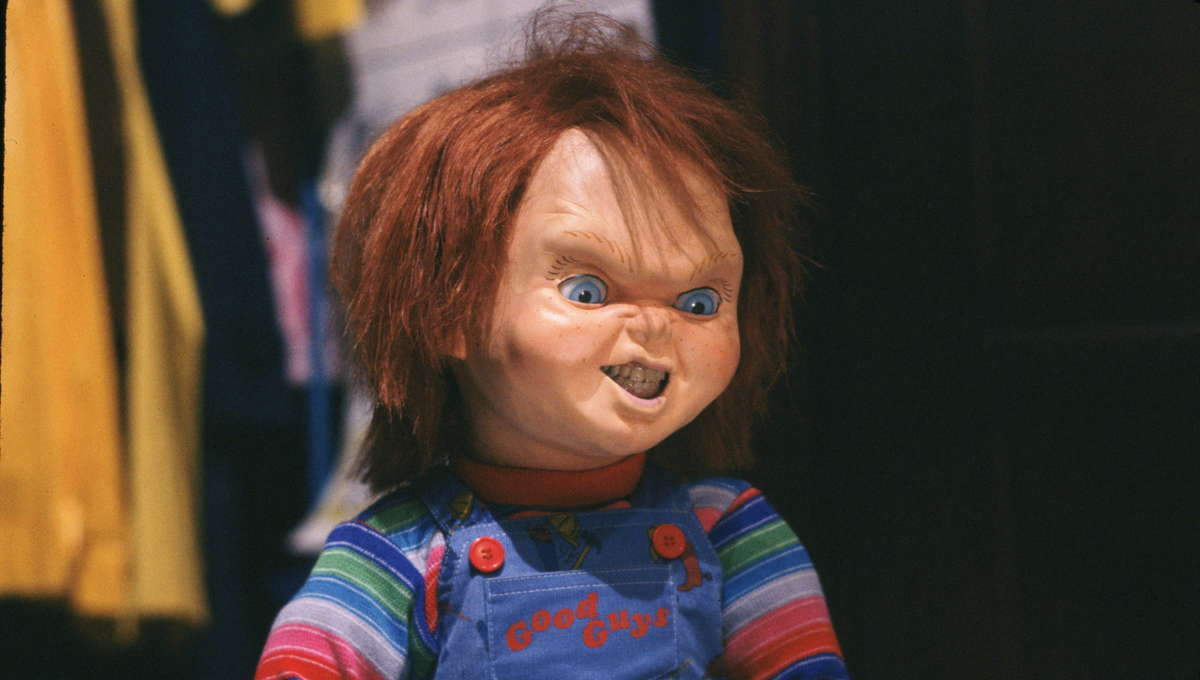 Featuring stand-out performances by Brad Dourif, Zackary Arthur, Teo Briones, Alyvia Alyn Lind, and Björgvin Arnarson, ‘Chucky’ is a black comedy slasher horror television series that revolves around the eponymous demonic doll. A sequel to the 2017 supernatural horror film ‘Cult of Chucky,’ the show follows the Good Guy doll as it wreaks havoc in an idyllic American town after finding a new home there. Created by Don Mancini, the series is based on the Child’s Play film franchise. Curious to learn more about it? We are happy to share with you all that we know!

What is Chucky About?

When the Good Guy doll suddenly turns up at a yard sale in a small town, it does not take long to draw the attention of a potential buyer and find a new home. However, the arrival of the new guest to an otherwise peaceful and idyllic American town turns out to be ominous as law and order soon break down. A series of unrelated murders spark rumors and terrorizes the citizens who find themselves looking at an uncertain future.

While the Good Guy doll exposes the deepest and darkest secrets of the townsfolk, his old enemies soon show up in the city to uncover the maniacal mass murderer and his twisted plans. With the secrets of Chucky’s origins at stake and his past as Charles Lee Ray at the risk of being exposed, how will the notorious doll deal with his adversaries? In order to find out, you will have to watch the show and here are all the ways you can do that.

Is Chucky on Netflix?

Netflix’s current catalog of television shows does not include ‘Chucky.’ But people with a subscription to the streaming giant can alternatively watch the dark comedy series ‘I Am Not Okay With This.’

Is Chucky on Hulu?

‘Chucky’ can be streamed live on Hulu+Live TV, but people with a basic subscription will have to find other alternatives to watch the show. Meanwhile, they can stream the movie ‘Child’s Play.’

Is Chucky on Amazon Prime?

Amazon Prime’s current offerings do not include ‘Chucky.’ It is unlikely that it will be available even as on-demand content in the near future. Therefore, Prime subscribers can instead rent or buy the film ‘Curse of Chucky.’

Is Chucky on HBO Max?

Since ‘Chucky’ is not accessible on HBO Max, we recommend our readers alternatively watch ‘Barry‘ or ‘Search Party.’

Where to Watch Chucky Online?

The black comedy slasher television series is available on SYFY’s official website or the Syfy app. Additionally, you can watch the latest episodes of the show on the USA Network. Live TV streaming services can also be used to watch the episodes as soon as they air. Currently, your options are SlingTV, DirecTV, FuboTV, and YouTubeTV.

How to Stream Chucky for Free?

Platforms such as FuboTV, Hulu+Live TV, and DirecTV come with a 7-day free trial for first-time subscribers. Similarly, YouTubeTV also provides a week-long trial that occasionally extends up to 14 days. Therefore, you can watch the show free of cost, provided you do so in the trial period. However, we encourage our readers to avoid all illegal means and watch their favorite series only after paying for it.