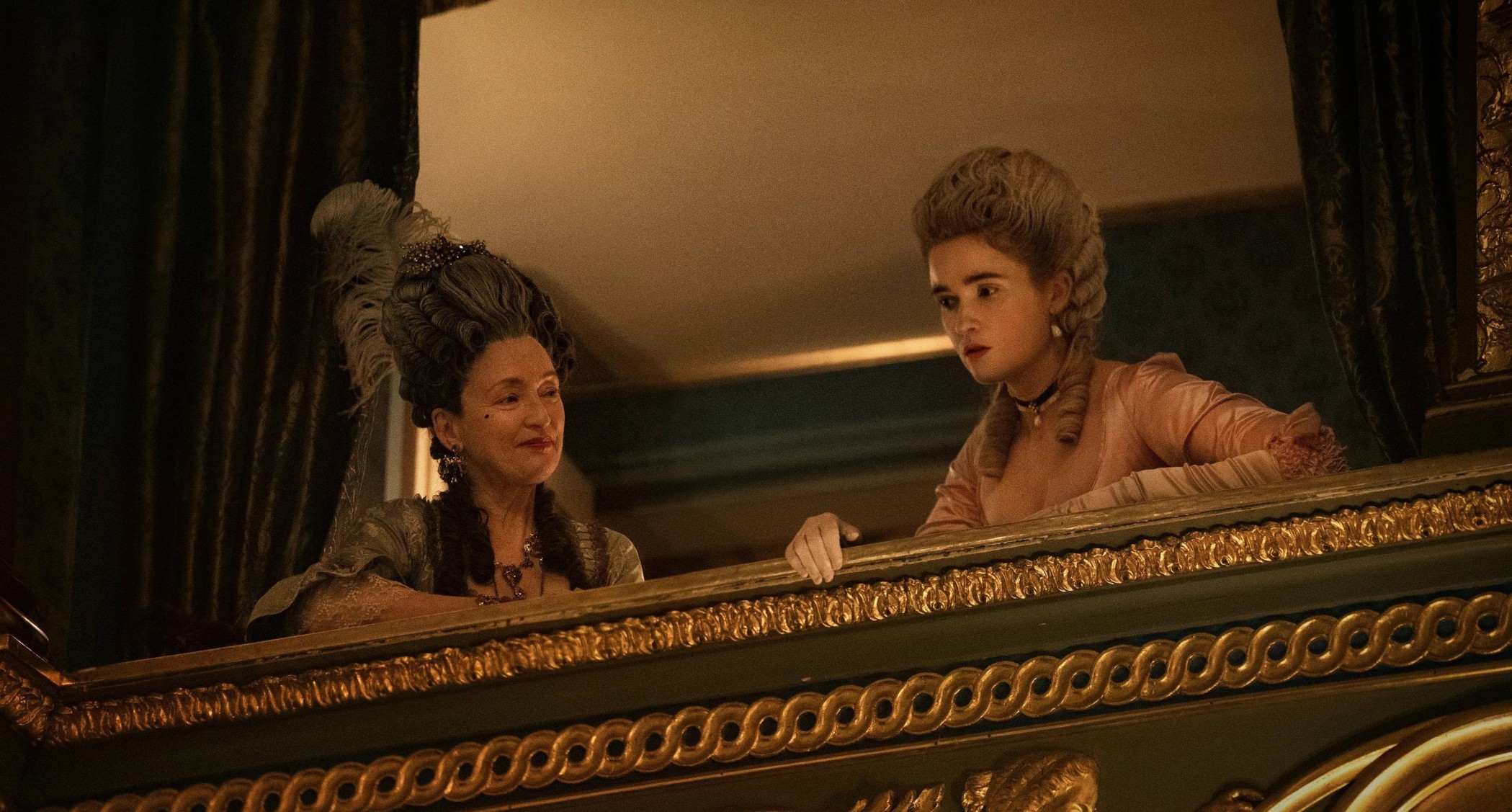 Based on the 1782 eponymous novel by Pierre Choderlos de Laclos, ‘Dangerous Liaisons’ is a historical romantic drama series that revolves around two lovers. They develop grave differences against one another due to unfavorable circumstances and become enemies. Created by Harriet Warner, the period show features stellar performances from a talented cast comprising Alice Englert, Nicholas Denton, Hakeem Kae-Kazim, Lesley Manville, and Carice van Houten.

The series is an amalgamation of contrasting themes, including love, betrayal, corruption, jealousy, hatred, and vengeance, all of which makes for an intriguing watch. Moreover, it has certain elements that stray away from most of the shows in the genre, which is bound to attract more viewers. So, if you are interested in knowing more about ‘Dangerous Liaisons,’ we have you covered!

What is Dangerous Liaisons About?

Set during a time before the French Revolution, the narrative follows Geneviève and Pascal, a pair of ex-lovers who have gotten rid of their love for one another and are set to plot a scheme with dangerous consequences. What begins as an amusing prank becomes destructive as the ex-couple tries to exploit each other by any means possible, including seduction. Now that your interest has peaked, here are all the ways you can watch the series yourself!

Is Dangerous Liaisons on Netflix?

No, Netflix doesn’t house ‘Dangerous Liaisons’ in its extensive collection. However, the streaming giant makes up for it by giving the subscribers access to other period drama shows, such as ‘The English Game‘ and ‘Bridgerton.’

Is Dangerous Liaisons on Hulu?

‘Dangerous Liaisons’ can be streamed on Hulu by adding a Starz subscription; you can find all the details here. Besides, regular subscribers can check out exciting alternatives for free, including ‘Pride and Prejudice‘ and ‘Daniel Deronda.’

Is Dangerous Liaisons on Amazon Prime?

Yes, you can watch ‘Dangerous Liaisons’ on Amazon Prime by adding a Starz subscription to your regular plan here. Alternatively, you can turn to similar historical shows for free with your usual subscription. We recommend you watch ‘The Paradise‘ and ‘Doctor Thorne.’

Is Dangerous Liaisons on HBO Max?

HBO Max subscribers might be disappointed as ‘Dangerous Liaisons’ is unavailable for streaming on the platform. Nevertheless, you can make good use of your subscription by checking out alternatives like ‘Gentleman Jack.’

Where to Watch Dangerous Liaisons Online?

How to Stream Dangerous Liaisons For Free?

Fortunately, Hulu and Amazon Prime offer a one-month free trial to first-time users, while Philo TV gives the same for 7 days. Furthermore, DirecTV grants its new subscribers free access to its content for the first five days. You can take advantage of these offers and watch ‘Dangerous Liaisons’ for free. That said, we encourage all our readers to prefer paying for applicable subscriptions to watch their favorite content instead of resorting to unethical means to do the same.

Read More: Is Dangerous Liaisons Based on a True Story?