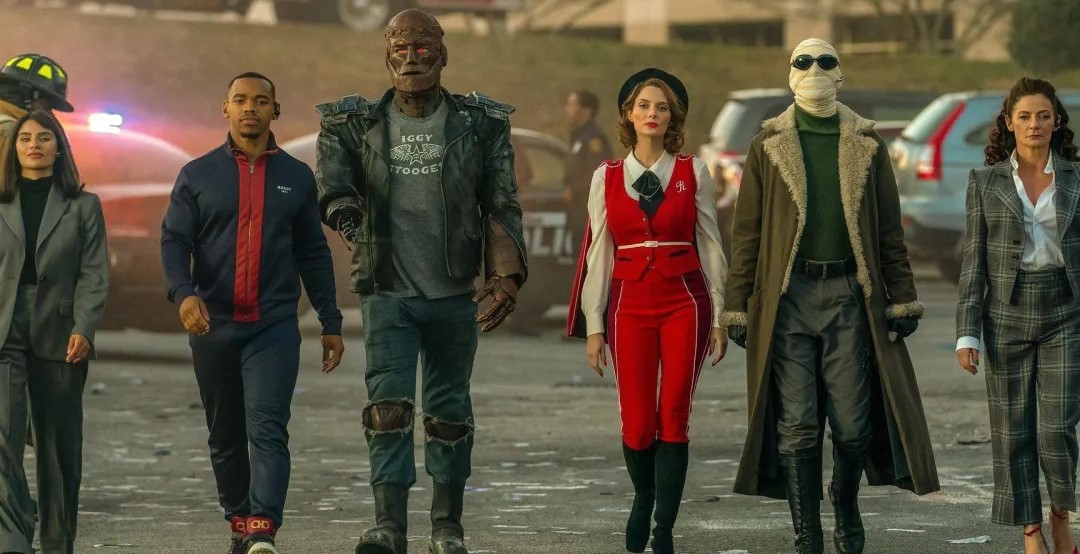 Based on the DC Comics eponymous superhero team by Arnold Drake, Bob Haney, and Bruno Premiani, ‘Doom Patrol’ is a superhero series that follows a group of superpowered outcasts led by the Chief who work together to uncover some of the weirdest phenomena of the world. Created by Jeremy Carver, the action series features brilliant performances from a talented ensemble comprising Diane Guerrero, April Bowlby, Alan Tudyk, Matt Bomer, and Brendan Fraser.

Retaining its reputation of being absurd yet meaningful, the fourth season also opened up to mostly positive reviews from critics, much like the previous installments. It still holds a mirror to the world, reflecting the chaos, but also acts as a balm by giving a rather satisfactory and emotional celebration of humanity at times. If you have been invested in the series up until now, it is natural for you to want to learn more about the fourth season. Well, in that case, we have got you covered!

What is Doom Patrol Season 4 About?

In Doom Patrol season 4, the narrative follows the titular team who travel to the future only to get greeted by an unexpected and unwelcome surprise. When the team of outcasts is given a choice between saving the world and saving themselves, each member must set their priorities straight once and for all, and make a tough decision. Now that your interest has peaked, here are all the ways you can watch the fourth season of the superhero series online!

Is Doom Patrol Season 4 on Netflix?

No, ‘Doom Patrol’ season 4 is not available for streaming on Netflix. However, you can turn to other similar superhero shows that the streaming giant houses, such as ‘The Umbrella Academy‘ and ‘Jupiter’s Legacy.’

Is Doom Patrol Season 4 on Hulu?

No, Hulu does not house ‘Doom Patrol’ season 4 on its expansive platform. Alternatively, you can choose to watch similar series on the platform. We recommend you watch ‘The Gifted‘ and ‘Legion.’

Amazon Prime subscribers might be disappointed as ‘Doom Patrol’ season 4 is not included in the streaming giant’s massive catalog of content. But don’t let it stop you from checking out some excellent alternatives on the platform, such as ‘The Boys‘ and ‘The Tick.’

We bring good news for HBO Max subscribers! You can watch ‘Doom Patrol’ season 4 on the platform here!

Apart from HBO Max, you can watch ‘Doom Patrol’ season 4 on Xfinity. Other than that, there is currently no way for you to watch the superhero series online, be it by streaming or purchasing.

How to Stream Doom Patrol Season 4 For Free?

Fortunately, Xfinity offers a month-long free trial to its new subscribers. Thus, you can make the most of this offer and stream ‘Doom Patrol’ season 4 free of any cost. With that being said, we request all our readers to always pay for the content they wish to consume rather than resorting to unethical means to do the same.