Is Dr. Brain on Netflix, Hulu, Prime, or HBO Max? 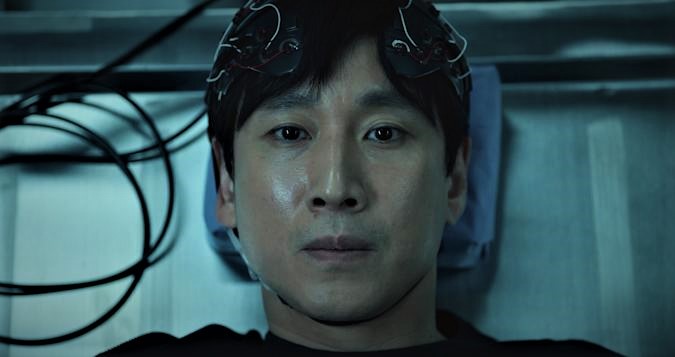 Based on Hongjacga’s webtoon of the same name, ‘Dr. Brain’ is a science fiction series created by Kim Jee-woon. The show follows a genius brain scientist struggling to get over the mysterious death of his family. Desperate for closure, he decides to push the boundaries of his field, to unravel the harsh reality. But his attempts take a dark turn when he realizes that he will have to pay a huge price for his careless scientific experiments.

Starring Lee Yoo-young, Lee Sun-kyun, Park Hee-soon, Seo Ji-hye, and Lee Jae-won, the series is a great watch for fans of the science fiction genre. Here’s everything you need to know about its premise or streaming details.

What is Dr. Brain About?

Lee Se-Won lost his mother in a hit-and-run accident when he was young. Born with a great memory, he decides to become a brain scientist. Twenty years later, the genius young boy has now become a famous brain scientist who has achieved far more than he could have ever imagined. Pushing the boundaries of his field, Lee Se-Won tries to unravel the mystery behind the death of his family by performing brain synchs with the deceased. However, the search for the clues in their memories is not as easy as the brain scientist had imagined. With his own experiences mingling with those of the deceased, Lee Se-Won will have to find a way to separate the two, to understand what happened with his family.

Is Dr. Brain on Netflix?

Netflix has a massive catalog of television shows to keep its subscribers entertained. But, the South Korean streaming television series is not available on the streaming giant as of now. People with a subscription can stream ‘Dark‘ or ‘3%.‘

Is Dr. Brain on Hulu?

Hulu subscribers will have to check for the sci-fi thriller on other platforms since the series is not currently available on the streamer. We recommend our readers alternatively stream ‘The Handmaid’s Tale,’ which is another great science-fiction show.

Is Dr. Brain on Amazon Prime?

No, ‘Dr. Brain’ is not included in Amazon Prime’s current catalog. It is also not accessible as on-demand content on the platform. Therefore, Prime subscribers can watch sci-fi series such as ‘Philip K. Dick’s Electric Dreams‘ or ‘The Feed.’

Is Dr. Brain on HBO Max?

Since ‘Dr. Brain’ is not available on HBO Max; people with a subscription to the streamer can instead stream ‘Raised by Wolves.’

Where to Watch Dr. Brain Online?

‘Dr. Brain’ is an AppleTV+ Originals series; therefore, it is not accessible for streaming on any other platform. People with a subscription to the streamer can head here to look for the show as soon as it releases.

How to Stream Dr. Brain for Free?

AppleTV+ comes with a 7-day free trial for first-time subscribers. People who buy a new Apple device can get up to 3-months of free experience of the streamer. Therefore, cord-cutters can use the two offers to watch the South Korean television streaming service free of cost. However, we encourage our readers to always pay for the content they wish to consume online.