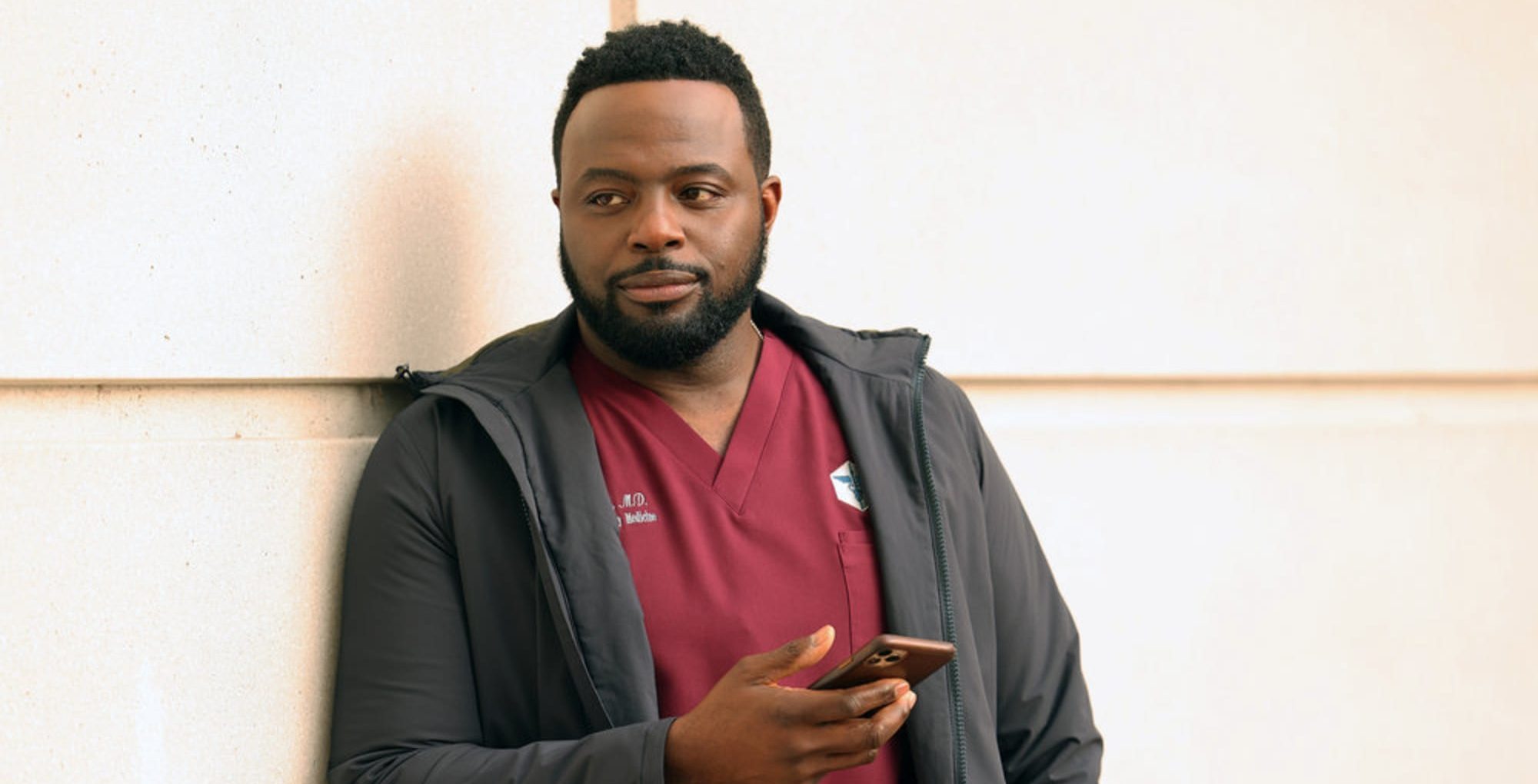 Dr. Dylan Scott is one of the most resilient doctors at Gaffney Chicago Medical Center in NBC’s medical drama ‘Chicago Med.’ As a former police officer, Dylan always faces challenges with resilience and leads his colleagues in the face of adversities. The seventh season of the show follows Dylan’s encounter with an undercover police officer named Milena Jovanovic, who investigates the local Serbian mafia. Dylan and Milena’s acquaintance quickly grows and they start to nurture a romantic bond. However, the same paves the way for several unfortunate events in Dylan’s life, making him consider leaving Chicago. So, is the pediatrician leaving the city, opening a gateway for Guy Lockard’s exit from the show? Let’s find out! SPOILERS AHEAD.

In the seventh season finale, Dylan and Milena get confronted by one of the members of the Serbian mafia. During the encounter, Milena gets shot inside the burning apartment unit of Dr. Will Halstead. Milena manages to get out of the building and hides. Dylan, after getting rescued by Christopher Herrmann and other firefighters, finds Milena and takes her to Gaffney. Even though his colleagues try their best to save Milena, she dies, severely affecting Dylan. He finds it hard to deal with his loss despite having an appreciable support system at the hospital in the form of his colleagues like Will and Dr. Daniel Charles.

After Milena’s death, Dylan decides to leave Chicago. He doesn’t want to continue working at the place where he has met Milena for the first and last time. The haunting memories of Milena influence him to depart from Gaffney. Sharon Goodwin tries her best to convince Dylan to stay at the hospital but she realizes soon that she cannot ignore the pain Dylan has to endure while working at the hospital. After the trial concerning the Vas-COM scandal, Will asks Dylan whether he is sure about leaving Chicago, only for the pediatrician to reply yes.

Having said that, Dylan’s decision to leave Chicago can be his impulse to run away from the sadness of Milena’s death right after it happens. If Dylan gets enough time to mourn his partner’s demise, he may succeed in overcoming the sadness and intrusive thoughts to remain at Gaffney. Since he knows that he has reliable people around him to help him survive the predicament as colleagues, it will not be a surprise if Dylan changes his mind. But if that’s not the case, is Guy Lockard leaving the show? Let’s see.

As of yet, neither NBC nor Guy Lockard has announced the departure of the actor from ‘Chicago Med.’ Since Dylan is going through one of the toughest phases of his life, his decision to leave Chicago cannot be considered something he has made in the right frame of mind. If he reconsiders his decision, Dylan most likely will want to continue working at Gaffney. If that’s the case, Lockard is expected to continue featuring in the medical drama. Even if he moves away from Chicago, the narrative of the show may continue to follow his life and he may return to Gaffney in no time.

Read More: Will Ethan and April Get Back Together in Chicago Med?