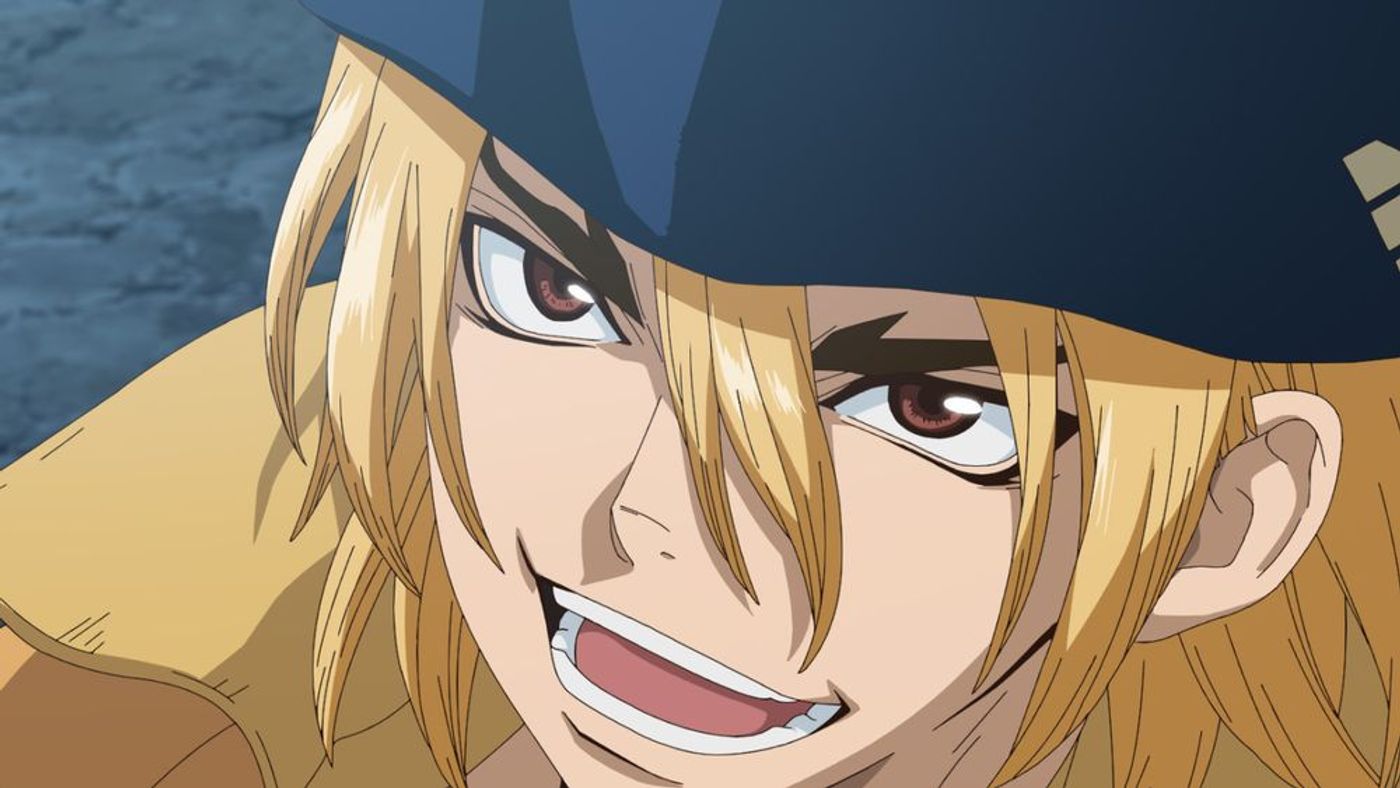 Based on the Japanese manga series written by Riichiro Inagaki, ‘Dr. Stone: Ryuusui’ is a special episode that bridges the second and third installments of the popular anime of the same name. It centers upon the misadventures of Senkuu as he embarks on a highly ambitious scientific treasure expedition around the world. However, in order to accomplish his goal, he needs the navigational knowledge of Ryuusui Nanami- who has a special condition for accepting Senkuu’s offer. In case you love the show and are excited about the special episode, then you have come to the right place. Here’s all the streaming and other details that you are going to need.

What is Dr. Stone: Ryuusui About?

When Senkuu arrives on an isolated island in the middle of the sea, he learns that the shipping industries’ powerful Nanami conglomerate is run there by the woman. Ryuusui, who is the rightful heir of the wealthy family, has refrained from taking his responsibilities and has had an anti-war stance from a young age. Meanwhile, Senkuu desperately needs his navigational skills as he embarks on his ambitious scientific treasure expedition to acquire precious resources. But Ryuusui, unfortunately, has a difficult condition that must be accepted by Senkuu without any bargaining if he plans to start his perilous journey and achieve his goals.

Is Dr. Stone: Ryuusui on Netflix?

No, ‘Dr. Stone: Ryuusui’ is currently inaccessible on the streaming giant. Since it is highly unlikely to arrive on the platform even in the near future, we recommend our readers stream ‘Neon Genesis Evangelion.’

Is Dr. Stone: Ryuusui on Hulu?

Hulu subscribers will have to look for the special episode on some other platform as it is not a part of its otherwise extensive catalog of anime, television shows, and movies. So, people who have a subscription can instead stream ‘Steins;Gate.’

Amazon Prime’s current offering does not include ‘Dr. Stone: Ryuusui.’ Therefore, viewers who are looking for something similar will probably enjoy ‘Evangelion: 3.0+1.0 Thrice Upon a Time.’

Is Dr. Stone: Ryuusui on Crunchyroll?

Crunchyroll has licensed the special episode for streaming outside Asia. People with a subscription can find the latest episode of the popular franchise here.

Is Dr. Stone: Ryuusui on Funimation?

Funimation’s massive catalog of television shows and movies does not include ‘Dr. Stone: Ryuusui.’ Therefore, we recommend our readers alternatively stream the first two seasons of ‘Dr. Stone.’

Apart from Crunchyroll, ‘Dr. Stone: Ryuusui’ will also be accessible for streaming on VRV in original Japanese audio with English subtitles. People who have a subscription can watch the special episode on the official website.

How to Stream Dr. Stone: Ryuusui for Free?

VRV and Crunchyroll come with a 30-day and 14-day free trial, respectively. People who plan to watch the special episodes free of cost can use any of the aforementioned offers. However, we encourage our readers to refrain from using illegal means and watch their favorite content online only after paying for them.