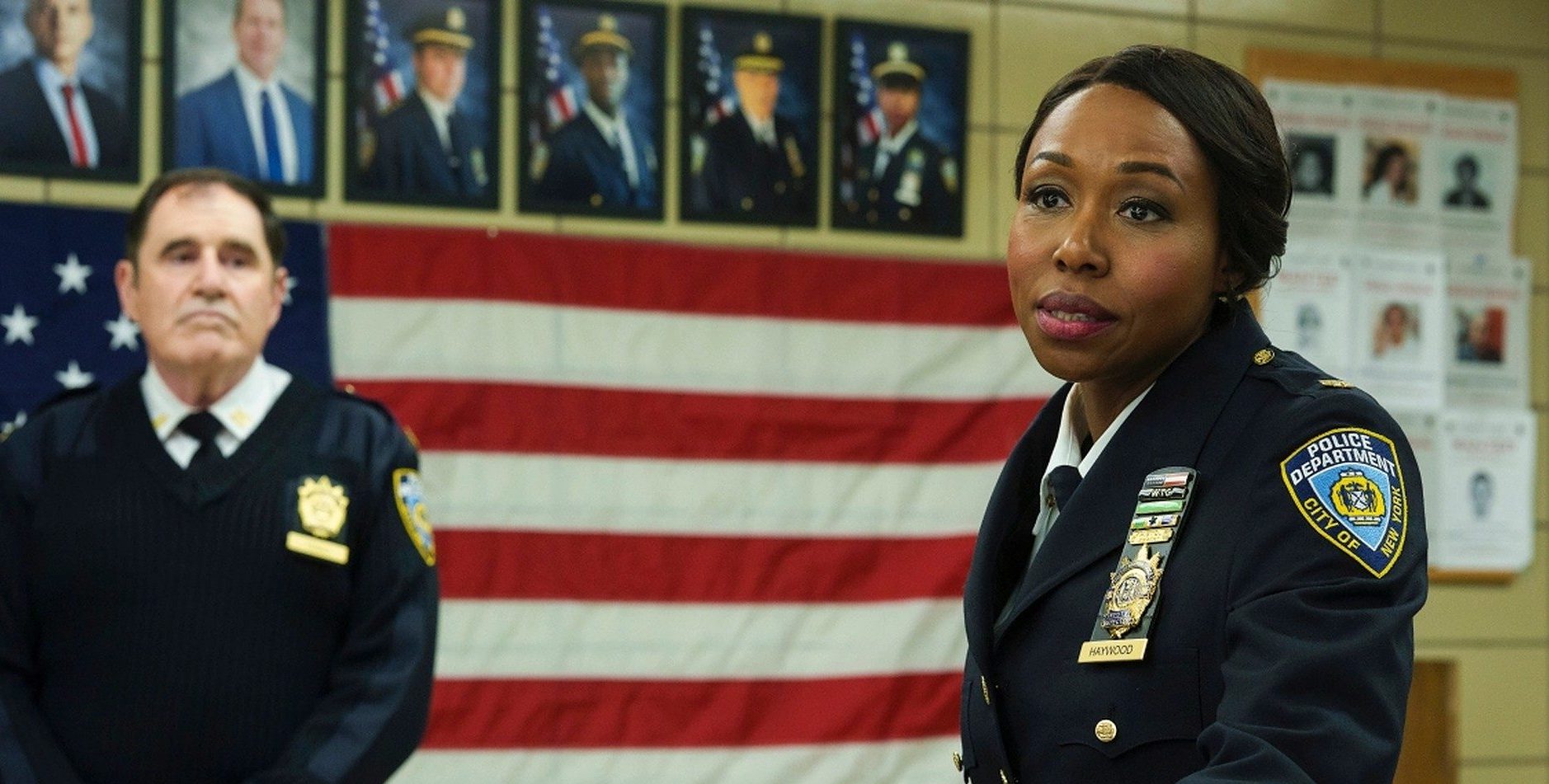 CBS’ ‘East New York’ is a police procedural drama series created by William Finkelstein and Mike Flynn that follows Deputy Inspector Regina Haywood. She and the detectives and officers of the 74th precinct in East New York, Brooklyn, collectively work to keep crime off the streets. The show features stellar performances from amazing actors like Amanda Warren, Jimmy Smits, Elizabeth Rodriguez, and Ruben Santiago-Hudson, who bring the nail-biting storyline alive. So, if you are a fan of police shows and wish to find out more about this one, here is everything you need to know.

What is East New York About?

Detective Inspector Regina Haywood is the newly appointed head of the 74th precinct in East New York, Brooklyn, and aims to make the neighborhoods safer for the community. Though she is delighted to work in an area connected to her family, not every colleague is in sync with the unusual methods she implements, and some don’t agree with her promotion. Thus, Regina must not just prove her mettle as a leader but also unite the officers and detectives working under her to help serve citizens more efficiently. Now that your interest has been piqued, this is how you can watch the exciting police drama!

Is East New York on Netflix?

No, ‘East New York’ is unavailable in Netflix’s movie and TV show collection. Nevertheless, you can always turn to equally intriguing shows like ‘Mindhunter‘ and ‘Paranoid.’ Both focus on detectives trying to solve the most twisted cases while highlighting their interpersonal dynamics.

Is East New York on Hulu?

Hulu subscribers will have to look for ‘East New York’ somewhere else, as it is not a part of the streamer’s content library. But don’t let that disappoint you as you can still enjoy many popular police shows on Hulu, like ‘Law & Order: Special Victims Unit‘ and ‘9-1-1.’

Sadly, ‘East New York’ is not included in Amazon Prime’s vast content catalog. However, you can watch similar alternatives the streaming giant offers, such as ‘Monk.’

Though ‘East New York’ is not a part of HBO Max’s regular offerings, you will find numerous other shows to satisfy your love for police shows. We recommend you to watch ‘True Detective‘ and ‘Southland.’

‘East New York’ is available for streaming on CBS’s official website and Paramount+. Moreover, you can stream it on DirecTV and FuboTV.

How to Stream East New York For Free?

Luckily, DirecTV offers new users a 5-day free trial, whereas FuboTV and Paramount+ have 7-day free trial offers for first-time subscribers. Hence, you can utilize any of these offers to watch ‘East New York’ free of cost. That said, we advise our readers not to resort to any illegal means to watch the show and always pay for relevant subscriptions.