Is FBI on Netflix, Hulu, or Prime? 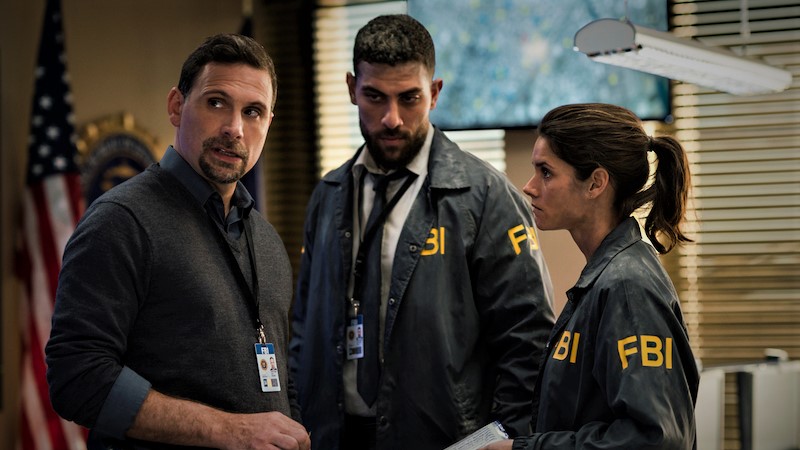 Created by Craig Turk and Emmy award winner Dick Wolf, ‘FBI‘ is an action-packed crime drama series that centers primarily upon the inner workings of the eponymous organization. The series follows a group of dedicated agents who put their lives on the line and save the country by working on some of the most challenging cases while dealing with personal tragedies. However, when facing twisted criminals, the elite team is not alone; they have some of the most technologically advanced tools at their disposal that often take their adversaries by surprise.

The CBS series stars talented actors like Missy Peregrym, Zeeko Zaki, Jeremy Sisto, Ebonée Noel, and Connie Nielsen. The action-packed drama of the crime drama show can get anyone hooked, and if you wish to learn more about it, then you can relax. We have got you covered!

What is FBI About?

Special Agent Maggie Bell is a dedicated officer who comes from a multigenerational law enforcement family. Raised by accomplished agents, Maggie has grown up to become a mature woman who leads her team from the front. With her former-undercover agent partner Omar Adom “O. A.” Zidan, she works for the Federal Bureau of Investigation’s New York office. The elite unit of skilled agents working there also includes Assistant Special Agent in Charge Jubal Valentine, analyst Kristen Chazal, the former Wall Street trader Stuart Scola, and Isobel Castille.

Under the watchful eyes and guidance of Special Agent in Charge Dana Mosier, the team of dedicated officers takes on challenging assignments that deal often deal with organized crime, counterintelligence, and terrorism. However, equipped with their superior modern technological advancements and intellect, the officers almost always find a way to outsmart the criminals. People who wish to watch all the action and drama unfold in the crime drama series can use the below-mentioned streaming information.

Is FBI on Netflix?

Netflix subscribers who are looking for the ‘FBI’ on the streaming giant are bound to be disappointed since it is not included in the current catalog. However, we recommend our readers alternatively stream ‘Marcella‘ or ‘Mindhunter.’

Is FBI on Hulu?

The latest episodes of ‘FBI’ are accessible for live streaming on Hulu + Live TV. But people with the basic subscription will have to check for the crime series on other platforms. They can also watch other shows on the platform like ‘Elementary‘ or ‘Mayans M.C.‘

Is FBI on Amazon Prime?

Amazon Prime’s regular offerings do not include the crime drama television series. However, one can still purchase their favorite episodes or seasons of ‘FBI’ here.

Where to Watch FBI Online?

‘FBI’ is accessible for streaming on Paramount+ and the official website of CBS. However, one can also stream the latest episodes live on platforms like FuboTV, YouTubeTV, SlingTV, and DirecTV. If you wish to purchase old episodes or seasons of the crime drama television series, then you can head to Google Play, Microsoft Store, YouTube, Vudu, PlutoTV, and iTunes. Spectrum, AppleTV, and Xfinity also have ‘FBI’ in their catalogs.

How to Stream FBI for Free?

Cord Cutters can use the trial offered by YouTubeTV, AppleTV, DirecTV, Hulu + LiveTV, and FuboTV to stream the series free of cost. However, one must be a first-time subscriber to use the offer. But we do encourage our readers to always pay for the content they wish to consume online.

Read More: Where Is FBI Filmed?