Is Flux Gourmet on Netflix, Hulu, Prime, or HBO Max? 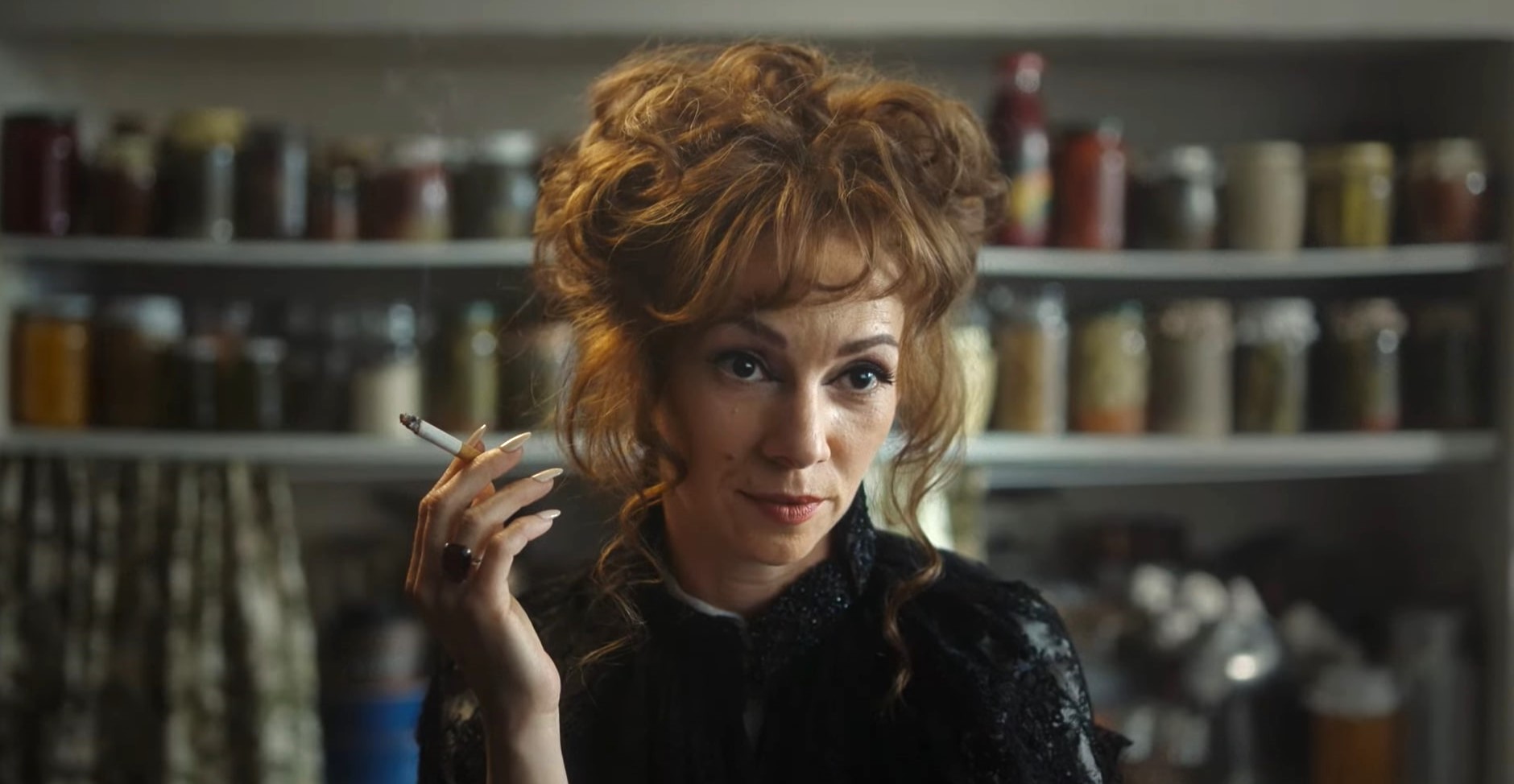 Starring Asa Butterfield, Gwendoline Christie, Ariane Labed, and Fatma Mohamed, ‘Flux Gourmet’ is a black comedy horror film directed and written by Peter Strickland. The movie revolves around a group of performance artists whose personal problems are exacerbated after they join a remote artistic institution dedicated primarily to culinary and alimentary performance. When an outsider is tasked to monitor them, he slowly begins to get drawn into their collective.

The film has garnered decent reviews online, with critics praising Strickland’s brilliant character-driven comedic storytelling. If you feel that the movie sounds interesting and plan on watching it, then here’s all the streaming information that you are going to need.

What is Flux Gourmet About?

Billy Rubin, Elle di Elle, and Lamina Propria are experimental performance artists who, despite working together for quite some time, are now struggling with their dysfunctional dynamic and a continuous power struggle. When they take residency at a remote artistic institution devoted to culinary and alimentary performance, they become answerable to its head, Jan Stevens. In the light of the sudden change of dynamics, the growing tension between them is further complicated. Meanwhile, an outsider who is closely documenting their activities is caught up in their performance and slowly begins to feel one with the collective itself.

Is Flux Gourmet on Netflix?

No, ‘Flux Gourmet’ is unavailable on the streaming giant. Netflix subscribers who are looking for other black comedy horror movies will probably enjoy watching ‘The Babysitter‘ or ‘The Mansion.’

Is Flux Gourmet on Hulu?

Since Hulu’s massive catalog of television shows and movies does not include the Peter Strickland directorial, one must look for the film on some other platform. We recommend our readers alternatively stream ‘Little Monsters‘ or ‘It Came from the Desert.’

Is Flux Gourmet on Amazon Prime?

Amazon Prime’s current offering does not include ‘Flux Gourmet’ as of now. However, one can rent (for $5.99) or purchase ($19.99) the film on the official website.

Is Flux Gourmet on HBO Max?

Since ‘Flux Gourmet’ is not a part of HBO Max’s catalog and is highly unlikely to arrive on the platform even in the near future, subscribers can instead watch ‘Ghost Town‘ or ‘Freaky.’

Where to Watch Flux Gourmet Online?

‘Flux Gourmet’ is all set to release in limited theaters in the United States on June 24, 2022. People who plan to watch the movie can book their tickets to the nearest cinema hall on Fandango. However, if you prefer watching films from the comfort of your home, then there is no need to feel disheartened. The black comedy horror film is available on VOD platforms such as Google Play, Microsoft Store, DirecTV, Spectrum, and Vudu, where you can rent or purchase them as per your preference.

How to Stream Flux Gourmet for Free?

Since the movie is currently released on VOD platforms and in theaters only, it is not possible to watch the film free of cost. Therefore, one has to wait for its availability on a streamer that offers a free trial. However, we encourage our readers to refrain from using illegal means and watch their favorite content online only after paying for them.