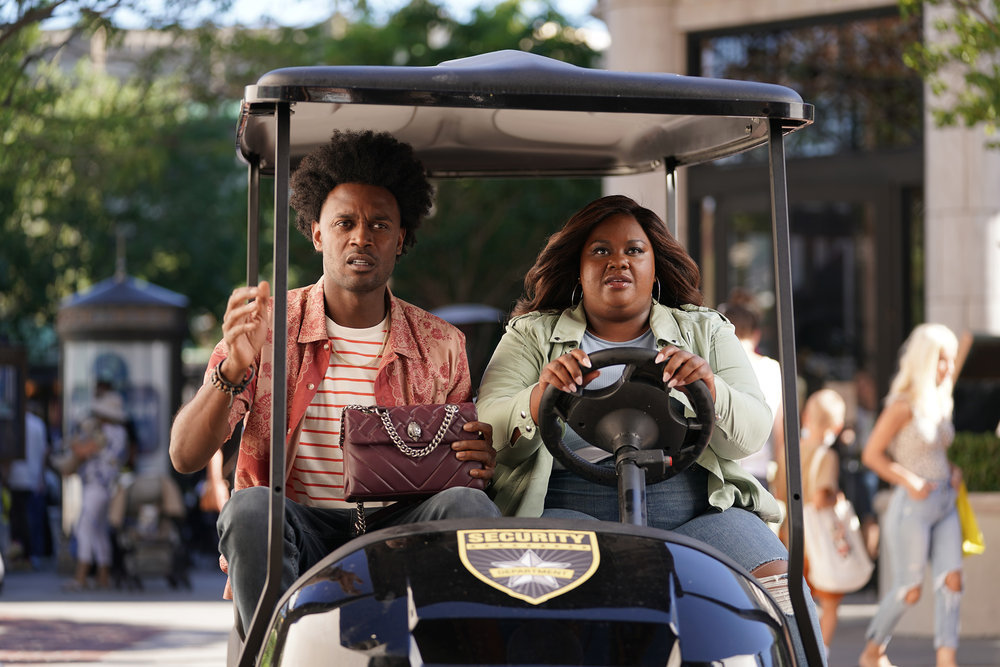 Created by Phil Augusta Jackson, ‘Grand Crew’ is a sitcom that follows a circle of friends experiencing the highs and lows of life within the confines of a wine bar. Set in Los Angeles, we see their personal lives unfold in a way that keeps us engaged. Originally released on December 14, 2021, it stars Echo Kellum, Nicole Byer, Justin Cunningham, and Aaron Jennings. Since the series has caught your attention and you wish to know more about it, here is everything we’ve got!

What Is Grand Crew About?

The series revolves around five friends and their complicated lives. Noah is dating a waitress, who he thinks is a keeper. His friends make fun of him because he has the tendency to fall in love too often. Wyatt has gotten married while roommates Sherm and Anthony have a cynical worldview. Noah’s romantic pursuits often blow up, leaving him heartbroken quite often. A call from his ex further disturbs his peace.

The group decides on a wine bar as their new haunt, and Sherm begins to give tasting notes on a glass of cab. Anthony addresses the problems he has with Sherm, who reveals that he has issues fitting in with the rest of the gang. As they talk it out, they also indulge in some slam boxing. Likewise, new problems keep popping up in every episode. If you’re curious to know where you can watch the show online, we have all the options listed out for you!

Is Grand Crew on Netflix?

Netflix has a wide collection of interesting TV shows and movies to choose from, although ‘Grand Crew’ is currently not a part of its video library. If you want to watch similar shows, you can opt for ‘Seinfeld‘ or ‘Schitt’s Creek.’

Is Grand Crew on Hulu?

As of now, ‘Grand Crew’ is available for streaming as a part of Hulu’s regular list of TV shows and movies. Additionally, you can also live stream it using the Hulu+Live option. So, you can register on the streaming service and watch the show here!

No, ‘Grand Crew’ is not available for streaming on Amazon Prime Video, but you can rent or purchase the episodes right here. If subscribers are looking for other shows that are accessible with a basic subscription, you can watch ‘How I Met Your Mother‘ and ‘Community.’

Is Grand Crew on HBO Max?

‘Grand Crew’ is not a part of HBO Max’s catalog as of now. But the platform has many other shows you may enjoy. A few of such sitcoms include ‘The Other Two‘ and ‘Curb Your Enthusiasm.’

Where to Watch Grand Crew Online?

Since ‘Grand Crew’ airs on NBC, you’ll be able to watch new episodes of the show on NBC’s official website as well as the NBC app. You can also stream ‘Grand Crew’ on platforms such as Fubo TV, YouTube TV, and Peacock. In addition, the show is available on VOD platforms like iTunes, Vudu, Microsoft Store, Google Play, YouTube, and Spectrum.

How to Stream Grand Crew for Free?

YouTube TV, Fubo TV, and Hulu+Live TV offer free trials to first-time subscribers for seven days. Moreover, you can watch the episodes for free on Peacock, provided you wait eight days after they first air on television. However, we encourage our readers to pay for the websites mentioned above to watch the show instead of resorting to illegal ways.

Read More: Where is Grand Crew Filmed? Is it a True Story?