Is Guilty Party on Netflix, Hulu, Prime, or HBO Max? 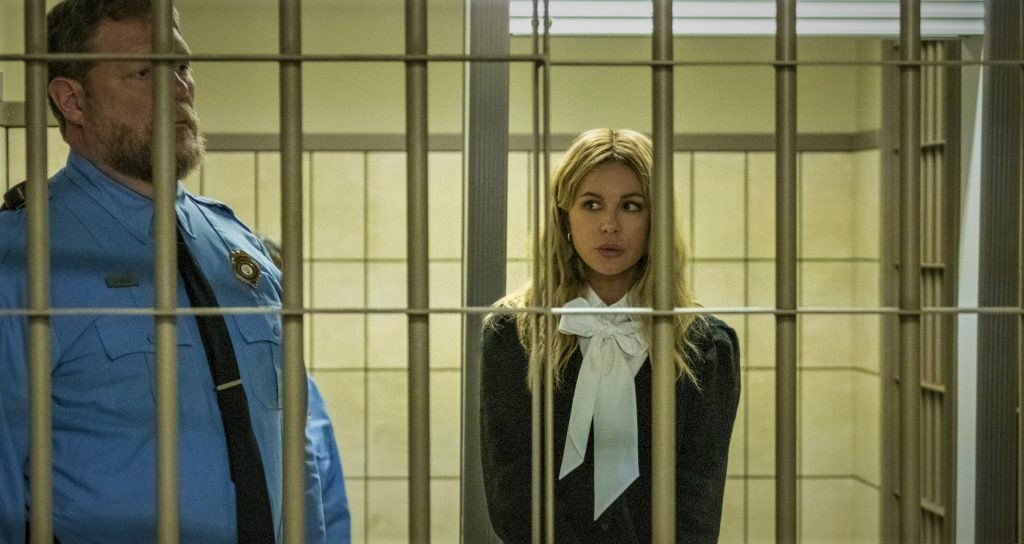 Starring Kate Beckinsale, Geoff Stults, Jules Latimer, Tiya Sircar, and Alanna Ubach, ‘Guilty Party’ is a black comedy-drama series written by Rebecca Addelman. The show revolves around a journalist with a tarnished reputation whose desperate search for means to revive her career ends on a controversial case that desperately needs responsible reporting. But as she begins to look into the details, the protagonist realizes that her job is not going to be an easy one, and she already has her horrible past and marital woes to deal with. Here’s everything you need to know about her story.

What is Guilty Party About?

Beth Baker is a discredited journalist whose credibility has nosedived in recent years. Despite her best efforts to make amends, nothing seems to be good enough to save her career. However, when she comes across the case of Toni Plimpton, a woman accused of murdering her husband, Beth finally sees some hope of repairing her reputation. Toni has claimed to be innocent, and it’s Baker’s reporting on the matter that can actually help change the public perception and may even impact the case in unexpected ways. However, the crisis of credibility is not the only thing that Beth is bothered by.

As she begins to take matters into her hands and looks at the fact of the case to offer deeper analysis, the journalist finds herself dealing with Colorado gun smugglers, marital woes, and the clickbait culture- that undermines her efforts to seek the truth. As her relationship grows with Toni, can she avoid letting the deep-rooted desire to fix her career tarnish her search for truth? In order to find out, you will have to watch ‘Guilty Party’ and here’s how you can do that.

Is Guilty Party on Netflix?

Netflix subscribers who are looking for ‘Guilty Party’ on the streamer are going to be disappointed since the series is not included in the streaming giant’s current catalog. We recommend our readers stream ‘White Lines‘ or ‘Gone for Good.‘

Is Guilty Party on Hulu?

No, ‘Guilty Party’ is not available on Hulu as of now. People with a subscription to the streamer can instead watch ‘Being Mary Jane.’

Is Guilty Party on Amazon Prime?

Is Guilty Party on HBO Max?

Sadly, HBO Max’s current catalog does not include ‘Guilty Party.’ Therefore, subscribers can watch other shows like ‘The Wire‘ or ‘The Newsroom.‘

Where to Watch Guilty Party Online?

‘Guilty Party’ is accessible for streaming on Paramount+. So people who have a subscription can head to the Paramount+ to watch the dark comedy series. Since the show is exclusively available on the streamer, it is highly unlikely that it will be accessible (even as on-demand content) on other platforms in the near future.

How to Stream Guilty Party for Free?

Paramount+ gives its first-time subscribers a 7-day free trial. So, cord-cutters can use the offer to watch the series free of cost. However, we encourage our readers to always pay for the content they wish to consume online.