Is Halloween Ends on Netflix, HBO Max, Hulu, or Prime? 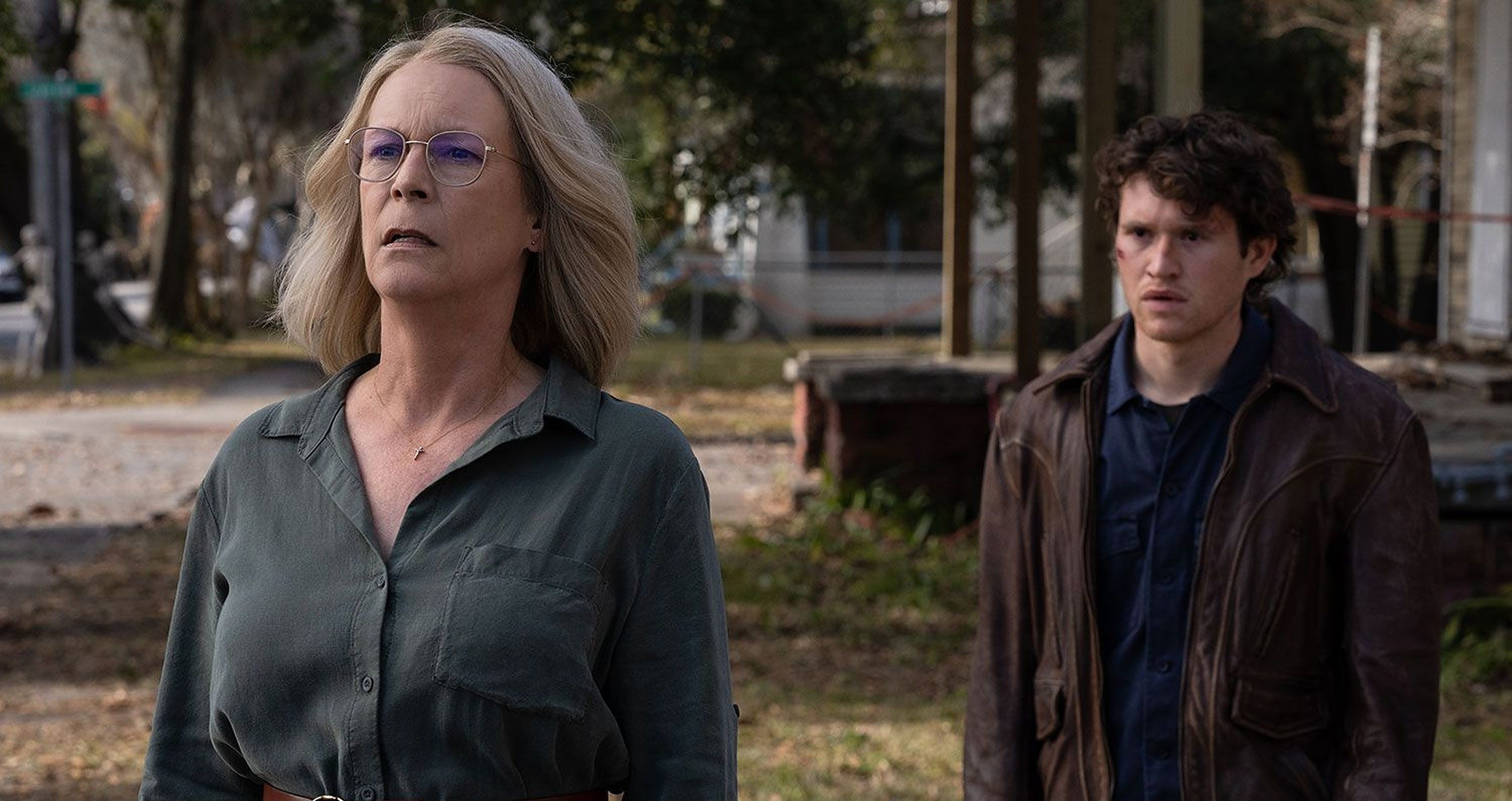 Directed by David Gordon Green, ‘Halloween Ends’ is a slasher movie that serves as a sequel to ‘Halloween Kills‘ and the thirteenth installment in the ‘Halloween‘ franchise. The concluding movie in the ‘H40’ trilogy follows Laurie’s final confrontation with her arch-nemesis, Michael Myers. Starring Jamie Lee Curtis, Andie Machiak, and Nick Castle, the movie is a treat for fans of the genre and the franchise. Now, if you wish to know more about the slasher horror film, including where you can catch it, we have all the details you need!

What is Halloween Ends About?

Four years after the events of ‘Halloween Kills,’ Laurie Strode works on her memoir at her granddaughter Allyson’s house. Struggling with post-traumatic stress disorder, she finally decides to let go of the past that has terrorized her for so many years after Michael Myers seemingly fades out of her life. However, when a young man named Corey Cunningham is accused of murdering a boy he was babysitting, Laurie is forced to confront her murderous brother one final time before he destroys any other lives. You need to watch the film to discover what happens next, and here’s how you can do so.

Is Halloween Ends on Netflix?

Netflix users will have to look elsewhere for ‘Halloween Ends,’ as it is not a part of the streamer’s content library. Nevertheless, the platform offers many equally thrilling alternatives, such as ‘Texas Chainsaw Massacre‘ and ‘Fear Street Part 1: 1994.’

Is Halloween Ends on Hulu?

While ‘Halloween Ends’ is unavailable on Hulu, subscribers can turn to countless similar movies on the streaming giant to satisfy their cravings for good horror. We recommend you watch ‘Fresh‘ and ‘Run.’ Interestingly, the latter also deals with familial ties becoming sinister.

Is Halloween Ends on Amazon Prime?

‘Halloween Ends’ is not included in Amazon Prime’s collection of movie and TV show titles. But don’t let that disappoint you, as you can turn to equally chilling serial killer movies like ‘Candyman‘ and ‘The Town That Dreaded Sundown.’

Is Halloween Ends on HBO Max?

HBO Max subscribers will likely be disappointed as ‘Halloween Ends’ is not on the streaming platform. Albeit, you can utilize your subscription to watch the movie’s predecessor ‘Halloween Kills‘ and the similarly horrifying ‘Friday the 13th.’

Where to Watch Halloween Ends Online?

‘Halloween Ends’ is available for streaming on Peacock. Although, if you wish to have a more immersive experience, you can watch the Jamie Lee Curtis-starrer in nearby theatres by booking tickets on the movie’s official website and Fandango.

How to Stream Halloween Ends For Free?

Luckily, Peacock offers a free 7-day trial to new users that you can utilize to watch ‘Halloween Ends’ without spending a penny. Besides, there is currently no other free way to watch the movie. That said, we advise our readers not to use unethical means to watch their favorite content and pay for relevant channels instead.