Is Halo on Netflix, HBO Max, Hulu, Disney+, or Prime? 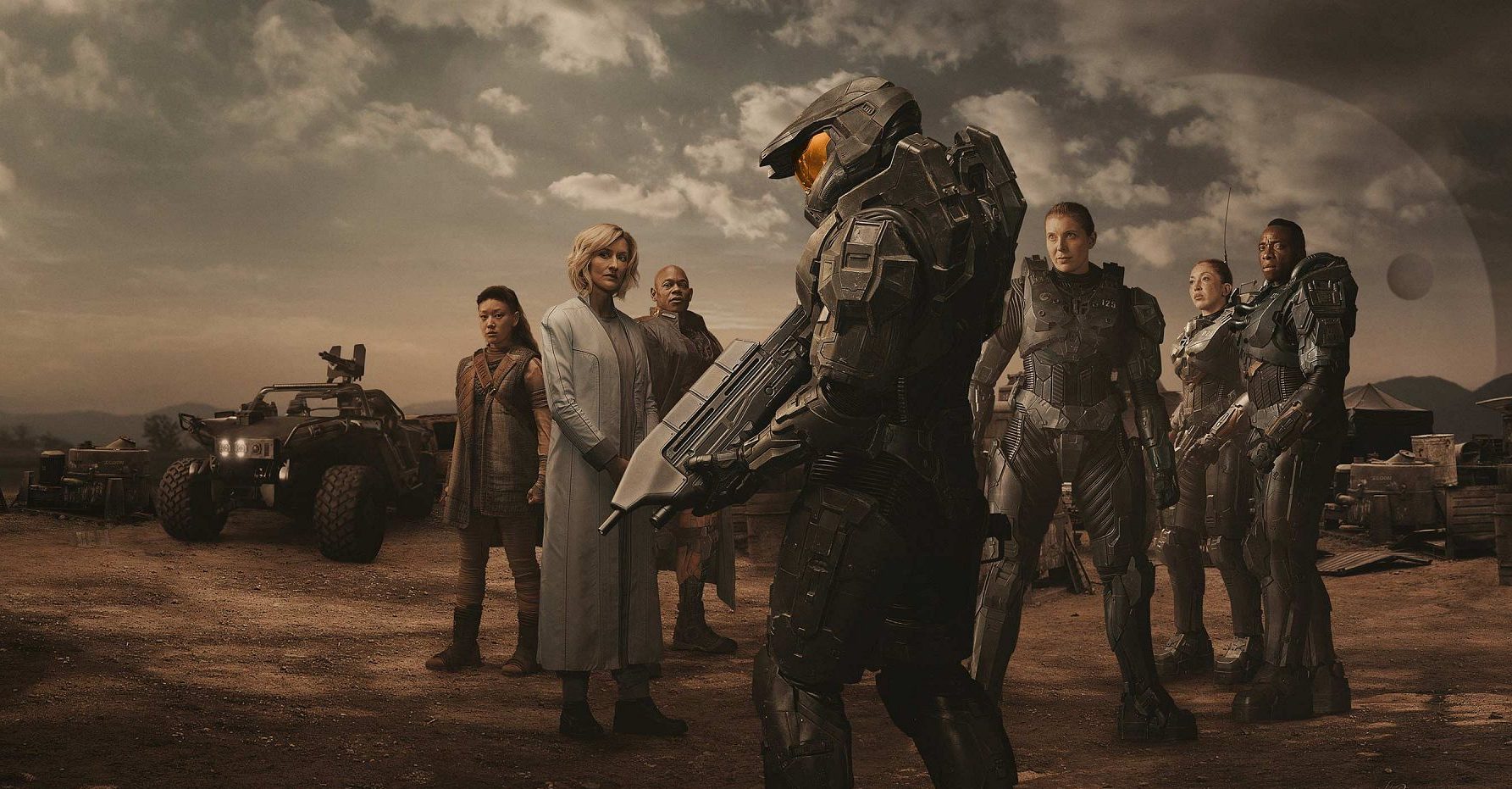 Based on the hit first-person shooter video game series of the same name, ‘Halo‘ is a military sci-fi series within the same universe as the first-ever game in the franchise, 2001’s ‘Halo: Combat Evolved.’ Set in the 26th Century, the show chronicles an epic conflict between humans and aliens – the United Nations Space Command and the Covenant, the latter being an alliance of several alien races.

Developed for the screen by Kyle Killen and Steven Kane, the space opera serves as a great addition to the eponymous hit franchise and stars Pablo Schreiber, Jen Taylor, Natascha McElhone, Yerin Ha, Shabana Azmi, Bokeem Woodbine, and many other talented actors in pivotal roles. If you cannot wait to watch this surreal adaptation of the classic video game, here is everything you need to know!

What is Halo About?

‘Halo’ is set in the 26th century, where the human race can use a travel method called slip-space that is faster than light. With the help of Dr. Catherine Elizabeth Halsey, the United Nations Space Command (UNSC) has created augmented super-soldiers called Spartans. A group of multiple alien races called the Covenant has declared war on humans and seeks to destroy them.

The Spartans are the best chance that humanity has against the hostile alien force. Led by Master Chief, the Spartans face down the Covenant and hope to save their race and home from the interstellar threat. If you want to know exactly how to watch this thrilling series, we have your back!

Is Halo on Netflix?

While Netflix does not have ‘Halo’ on its platform, it does have a fantastic collection of shows based on different videos. Based on the popular video game ‘League of Legends,’ viewers can watch the animated series ‘Arcane.’ We also recommend watching ‘Castlevania.’ Another excellent animated series, ‘Castlevania’ is based on a Japanese video game of the same name.

Is Halo on Hulu?

Sadly, Hulu does not have ‘Halo’ available for its subscribers. However, if you are looking for some amazing video game adaptations, Hulu has a plethora of options — try using your subscription to watch the 2020 adaptation of the famous video game of the same name, ‘Sonic the Hedgehog.’ Alternatively, fans of the beloved video game ‘Werewolves Within’ can check out the comedy horror movie ‘Werewolves Within.’

Is Halo on Amazon Prime?

If you are looking forward to watching ‘Halo,’ Amazon Prime is not the place for you. If you are interested in watching similar projects, we highly recommend using premium subscriptions to enjoy ‘The Legend of Zelda‘ and ‘Max Payne.’

Is Halo on HBO Max?

No, HBO Max does not offer ‘Halo’ to its subscribers but do not let that sadden you because the platform actually hosts some of the most well-known video game adaptations like ‘Mortal Kombat,‘ which combines martial arts and fantasy and adapted from one of the most well-known video games. If you have spent an inordinate amount of time in the arcade playing ‘Rampage,’ you will be happy with the Dwayne Johnson starrer ‘Rampage.’

Is Halo on Disney+?

Disney+ might not have ‘Halo’ but it more than makes up for it within the video game genre. You can try watching the animated Disney series that shows the world within a video game called ‘Tron: Uprising.’ Subscribers can also check out the comedic Disney movie ‘Wreck-it-Ralph.’ The movie centers around a video game character called Ralph and his struggles as a video game character.

Where to Watch Halo Online?

If you are looking forward to watching ‘Halo,’ Paramount+ is your best bet given the exclusive rights that the platform has over the series; you can watch it here!

How to Stream Halo for Free?

Paramount+ does offer a 7-day free trial that new users can utilize to watch their favorite shows and movies. Thus, the trial period might be optimal if you plan to watch ‘Halo’ at no cost. However, we would like to clarify that we highly encourage our readers to avoid using illegal means to stream their favorite shows/movies and pay the platforms to show your appreciation and support to the cast and crew!

Read More: Where is Halo Filmed?