Is Home Economics on Netflix, Hulu, Prime, or HBO Max? 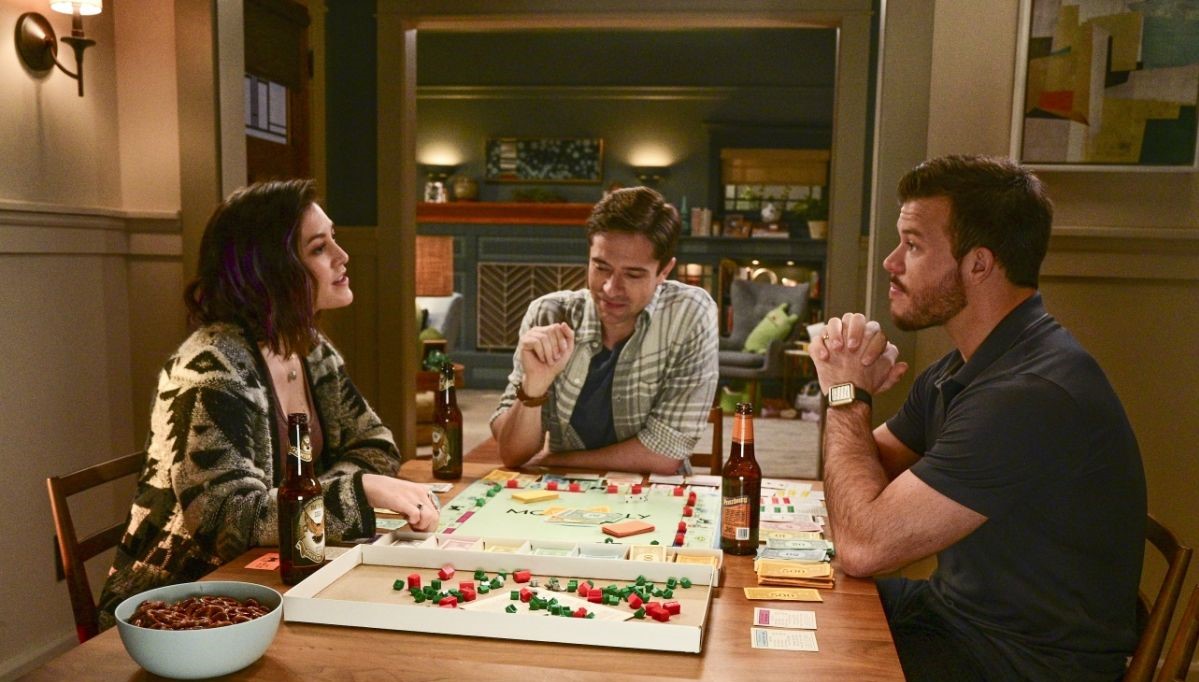 ABC’s ‘Home Economics’ is a comedy series that centers upon three siblings with contrasting economic circumstances. The hilarious show follows the trio as they deal with different financial, professional, and personal problems while somehow managing to understand each other’s struggles. Inspired by the real-life experiences of the co-creator Michael Colton, the series stars Topher Grace, Caitlin McGee, Jimmy Tatro, Karla Souza, and Sasheer Zamata.

If you are looking for a unique show that not only makes you laugh but also makes you reach out for a box of tissues, then this series is exactly what you have been waiting for. You must be curious to know more about the comedy-drama and how you can watch it. Well, here’s everything you need to know!

What is Home Economics About?

Tom is an ordinary middle-class author who is struggling to provide his family a stable life. His wife Marina used to be a lawyer but later became a stay-at-home mother to look after their three children. Interestingly, Tom also happens to have two younger siblings who can’t be any more financially different from one another. While Sarah, a child therapist, can barely manage to make her ends meet, Connor, the youngest of the three siblings, is exceptionally wealthy and runs a private equity firm.

On the surface, it may seem that Connor’s material success is worth emulating, especially since Sarah and Tom’s financial situation is far from impressive. But he is going through a painful divorce, and his life is set to change forever. If you wish to watch the heartwarming, hilarious, and sometimes moving story of the trio, then here’s all the streaming information you need.

Is Home Economics on Netflix?

The streaming giant has a massive catalog of television shows and movies, but ‘Home Economics’ is currently not accessible on the platform. Netflix subscribers who are looking for other series on the streaming service can watch ‘The Crew’ or ‘The Upshaws.’

Is Home Economics on Hulu?

One can watch the latest episodes of ‘Home Economics’ as soon as they premiere on Hulu+Live TV. Additionally, people with Hulu’s basic subscription can stream the sitcom here.

Is Home Economics on Amazon Prime?

Amazon Prime’s current catalog of television shows does not include ‘Home Economics.’ But one can purchase the latest episodes and seasons of the comedy series right here. But if you are looking for more options on the streamer, you could watch ‘How I Met Your Mother‘ and ‘The Marvelous Mrs. Maisel.’

Is Home Economics on HBO Max?

HBO Max does not have ‘Home Economics’ in its existing video library. However, we recommend subscribers watch other shows like ‘Hacks’ or ‘The Other Two.’

Where to Watch Home Economics Online?

The ABC show about the three siblings is accessible on ABC’s official website. However, viewers who wish to watch the latest episodes as soon as they premiere can head to SlingTV, FuboTV, YouTubeTV, Vidgo, and DirecTV. Several video-on-demand platforms such as iTunes, Microsoft Store, Google Play, YouTube, and Vudu also have this comedy series in their catalogs. If you don’t have access to or a subscription to the aforementioned streaming services, then you can stream the series on Spectrum and Xfinity.

How to Stream Home Economics for Free?

FuboTV, Hulu+Live TV, YouTubeTV (occasionally 14-days), and DirecTV offer a 7-day free trial for first-time subscribers, while Hulu comes with a 30-day free streaming offer. Cord-cutters who wish to watch ‘Home Economics’ free-of-cost can use any of the free trials mentioned above. However, we encourage our readers to always pay for the content they wish to consume online and refrain from using illegal means.