Is Insecure on Netflix, Hulu, Prime, or HBO Max? 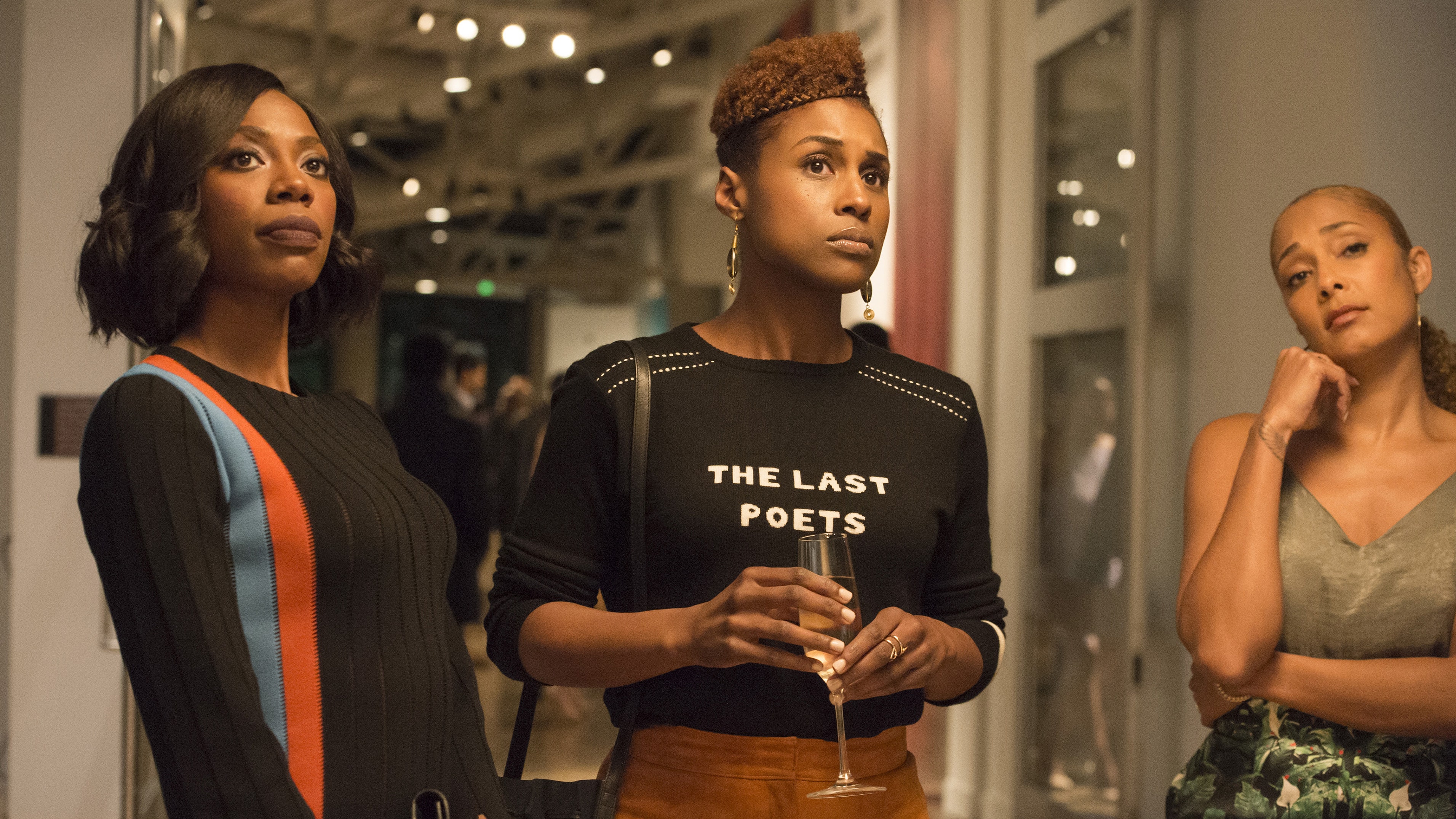 Starring Issa Rae, Yvonne Orji, Jay Ellis, Lisa Joyce, and Natasha Rothwell, ‘Insecure’ is a comedy-drama show that is loosely based on the web series titled ‘Awkward Black Girl.’ It revolves around two black women in their late 20s as they navigate careers and relationships in the City of Angels. The duo offers viewers an insight into the typical contemporary social and racial issues through a plethora of unexpected experiences that capture the black female experience. If you like comedy shows that have a social message, then look no further, because ‘Insecure’ is the series you will want to watch. So, here’s everything you need to know about it.

What is Insecure About?

Issa and Molly have known each other since they attended Stanford together, and over the years, they have grown so close to one another that they are literally inseparable now. After they graduate and embrace the real world, the duo faces unexpected challenges, some of which are rooted in their African-American identity and gender. Now Issa works with a non-profit organization to help students from diverse backgrounds, while Molly is a sought-after corporate attorney who has everything figured out in life except for her dating woes.

As the story unfolds, Issa and Molly face complicated internal conflicts due to the curve balls that life typically throws at 20-somethings. The two friends provide each other the much-needed emotional and moral support as they deal with the trials and tribulations of being African-American women. The comical yet inspiring journey of Issa and Molly is a must-watch. So, how can one watch the series? Let’s find out!

Is Insecure on Netflix?

Netflix subscribers will have to check for the dramedy series on another platform since the streaming giant currently does not have it in its catalog. Moreover, it is highly unlikely that ‘Insecure’ will be available on the streamer even in the future. Therefore, we recommend our readers alternatively stream ‘Dear White People‘ or ‘Never Have I Ever.’

Is Insecure on Hulu?

‘Insecure’ is available for live streaming on Hulu+Live TV. However, people with a basic subscription need not get disappointed, as they can access the series with the HBO Max add-on right here.

Is Insecure on Amazon Prime?

Amazon Prime’s current catalog does not include the comedy-drama series. But the show is available for rent or purchase on the platform. You can purchase each episode for $2.99 or an entire season for $19.99 here.

Is Insecure on HBO Max?

People with an HBO Max subscription are in luck. ‘Insecure’ is available on the platform, and you can watch the latest episodes here.

Where to Watch Insecure Online?

Since ‘Insecure’ is an HBO series, the show is accessible on HBO’s official website. You can live stream the comedy-drama on YouTube TV and DirecTV. People who wish to rent or purchase the episodes from the four installments can head to Google Play, Microsoft Store, iTunes, Vudu, and YouTube. Streaming services like Spectrum and Xfinity also include the show in their catalog.

How to Stream Insecure for Free?

Hulu+Live TV, DirecTV, and YouTubeTV (occasionally 14 days) all offer a 7-day free trial for first-time subscribers. So, cord-cutters can use the offer to watch the dramedy series for free. However, we recommend our readers watch their favorite shows and movies online only after paying for them.