Is Just Beyond on Netflix, Hulu, Prime, HBO Max, or Disney+? 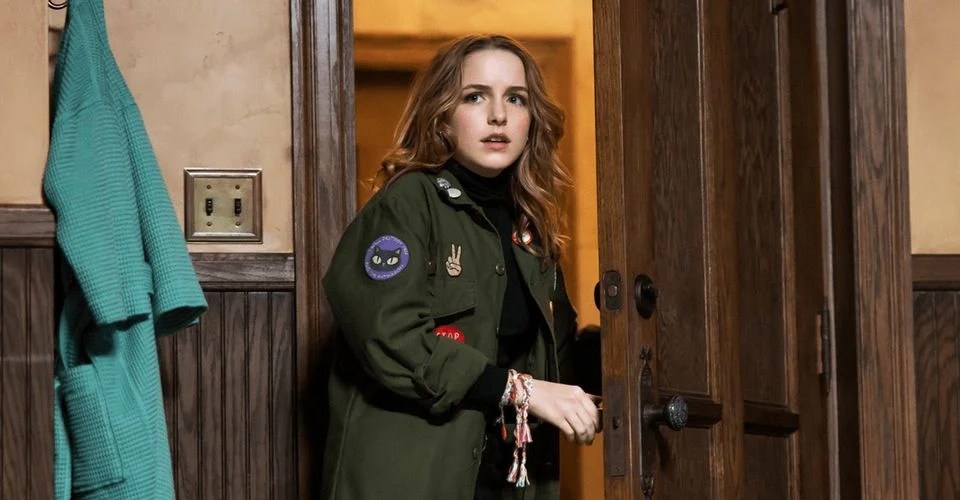 Created by Seth Grahame-Smith, ‘Just Beyond‘ is an anthology series based on Robert Lawrence Stine’s graphic novel of the same name. The horror show introduces viewers to characters who venture into a mythical world inhabited by witches, aliens, ghosts, and other supernatural beings. Each storyline offers a deep insight into contemporary issues that teenagers across the world may relate to. The series captures the journey of self-discovery as the characters embark on bizarre and sometimes otherworldly adventures. Curious to learn more about the show’s plot or where it can be streamed? We have got you covered!

What is Just Beyond About?

The horror-comedy series recounts stories about young individuals facing deep-rooted fears. Middle-school students Jess, Josh, and Marco, are close friends who absolutely detest school and believe they can’t be any place worst than it. Their hatred for the school bell remains deeply ingrained in them until one ordinary day, they unexpectedly encounter a deadly creature stalking the school halls.

Jess, Josh, and Marco suddenly find themselves in an unfamiliar realm where they must unravel a terrifying mystery before all hell breaks loose. The unexpected experience challenges the trio’s perspective on life and changes them forever. The series recounts several such stories that you must not miss out on. If you plan on watching the show, then here’s all the information you will need!

Is Just Beyond on Netflix?

Netflix’s massive catalog of television shows does not include ‘Just Beyond.’ People with a subscription to the streaming giant can instead watch ‘The Order‘ or ‘Kim’s Convenience.’ Both shows vary in tone but play around with the idea of where are our roots lie. While the former is a horror show with a touch of comedy, ‘Kim’s Convenience’ is a comedy series that has a strong element of individual identity.

Is Just Beyond on Hulu?

Hulu subscribers will have to look for the show on other platforms because ‘Just Beyond’ is not included in its current offerings. But one can instead watch series like ‘Stan Against Evil‘ or ‘Only Murders in the Building.‘

Is Just Beyond on Amazon Prime?

No, ‘Just Beyond’ is not available on Amazon Prime. However, viewers looking for something similar can watch the seven-part anthology series titled ‘Solos.’ Featuring a star-studded cast that includes Morgan Freeman, the show, with its insightful stories, tries to explore what it means to be human.

Is Just Beyond on HBO Max?

Since ‘Just Beyond’ is not included in HBO Max’s current catalog, we recommend subscribers alternatively watch the dark fantasy black comedy show ‘The Shivering Truth.’ Created by Vernon Chatman, the series tries to explore topics like life, death, and human nature.

Is Just Beyond on Disney+?

Being a Disney+ original, ‘Just Beyond’ is currently streaming on the platform. People with a subscription can watch the latest episodes from the comfort of their homes right here.

Where to Watch Just Beyond Online?

Since ‘Just Beyond’ is a Disney+ original, it is not accessible on any other streaming platforms except the subsidiary of the Walt Disney Company.

How to Stream Just Beyond for Free?

The anthology series is streaming on Disney+, which offers no free trials for its first-time subscribers. Therefore, it is not possible to watch the show free of cost. Moreover, we encourage our readers to always pay for the content they wish to consume online and avoid all illegal means.

Read More: Where is Just Beyond Filmed?