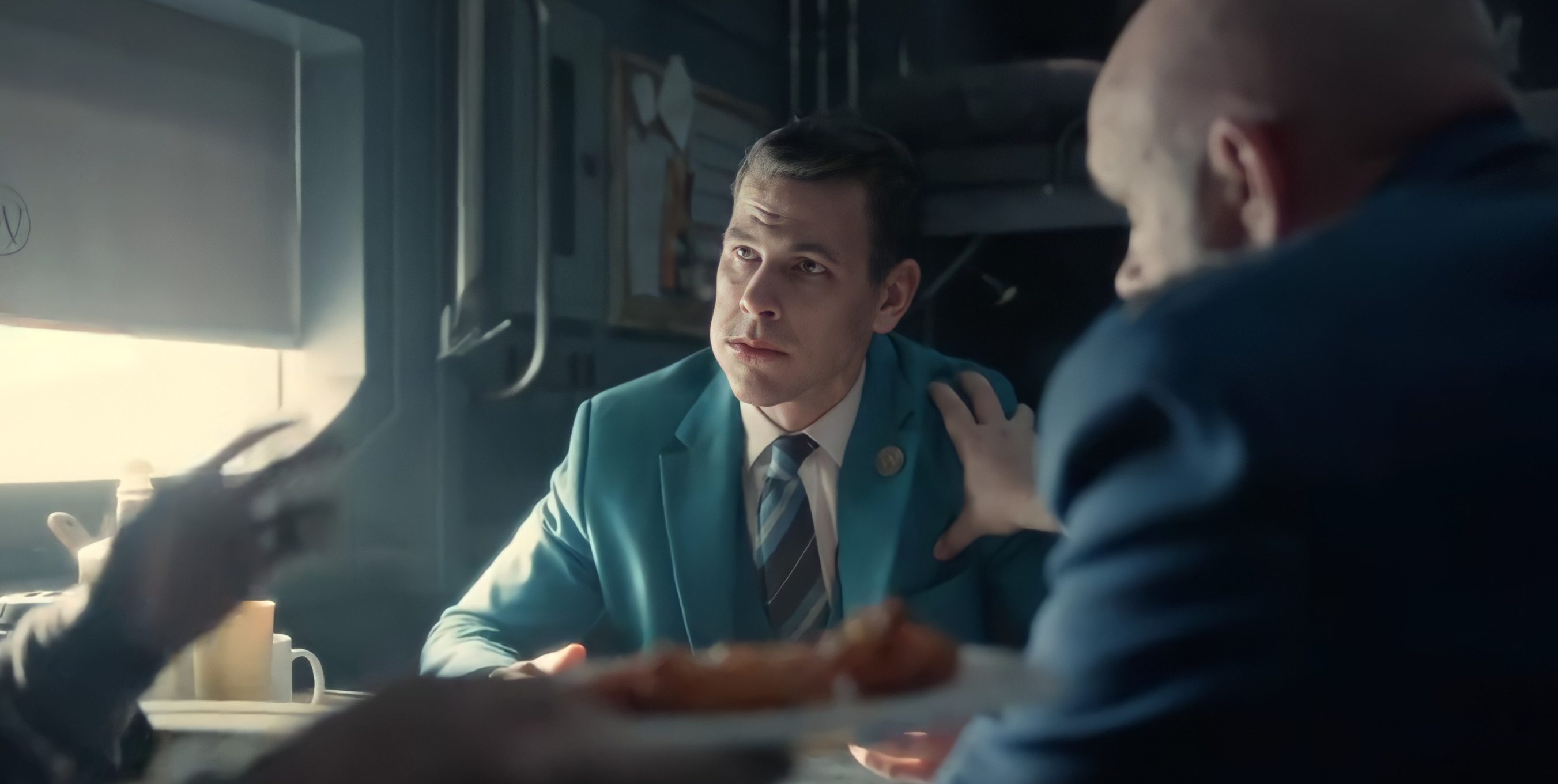 Ever since Ruth joins hands with Andre Layton in TNT’s post-apocalyptic series ‘Snowpiercer,’ Tom Lipinski’s Kevin McMahon runs the train’s prestigious hospitality department. As the right hand of the mighty Mr. Wilford, Kevin plays a pivotal part in resisting the rebellions of the Tailies and implementing the wishes and commands of the tyrannical engineer. The third season of the show begins with Wilford commanding the Snowpiercer and Kevin acting as his trustful general. However, Kevin’s fate changes with Layton’s re-emergence to the train, alarming the fans regarding the actor’s commitment to the show. If you are wondering about Lipinski’s possible departure, we have got you covered! SPOILERS AHEAD.

In the third season of ‘Snowpiercer,’ Kevin is instructed to keep an eye on any insurgence brewing in the Tail. As the head of hospitality, he has complete control over any events that happen on the train and anyone who stands against the wishes of Mr. Wilford. He imprisons Ruth when she surrenders in the second episode of the third season. In the third episode of season 3, Kevin interrogates a group of Tailies for any information regarding Layton or the resistance that has been looming in the Tail. He approaches Lilah Jr. AKA LJ and Oz to open the night car for his interrogation.

Kevin questions Strong Boy for information but the Tailie resists Kevin’s attempts. As the interrogation takes a violent turn, the pirate train locates the Snowpiercer to reconnect. Layton, using Miss Audrey as a distraction, boards and takes charge of the train. The new leader also puts Wilford in prison. Fearing that she and her husband Oz is on the wrong side of Layton, LJ gets a knife and attacks Kevin by stabbing him at his neck to display her allegiance towards Layton and the resistance. He loses an enormous amount of blood through the wound and falls down.

Even though Kevin is seriously wounded, the episode doesn’t reveal whether he is dead or alive beyond a doubt. Considering his rebirth from the face of death in the second season, we may not be surprised to see him alive in the upcoming episode. However, in light of Ruth’s release from the prison to be the head of hospitality and Wilford’s imprisonment, Kevin’s death stands a possibility. We may need to wait for the fourth episode of season 3 to know whether Kevin has met his definite end.

As Kevin falls down in a pool of blood, the fans of the show are worried whether the ambiguous incident is a gateway for Tom Lipinski to leave the show. So, did Lipinski exit the thriller series? Let’s find out!

Tom Lipinski’s Kevin McMahon is a significant part of Wilford’s Snowpiercer “empire.” As a loyal servant of the engineer, Kevin is even ready to sacrifice his own life to fulfill the command of his master. In the second season, Kevin takes a razor and cuts his nerves when Wilford asks him to do so for revealing information about the Big Alice to Layton.

Even though Kevin is presumed dead, the viewers got to see him alive in the second season itself, suffering from the trauma of the incident. In the third episode of season 3, Kevin is left wounded without his own master or soldiers to save him. As the train curiously looks forward to Layton’s leadership, Kevin may not get saved, leading to Lipinski’s possible exit.

However, there are no official statements or announcements from TNT or Lipinski regarding Kevin’s supposed departure. Since Layton and his allies are trying their best to investigate the Arabian warm spot by imprisoning Wilford, Kevin’s character may not have much scope in the narrative of the upcoming episodes. With Ruth back as the head of hospitality, Kevin is left without any role to play in the Snowpiercer, which indicates that Lipinski may have left the show.

Still, Kevin’s return from the face of death in the second season is a reminder to consider Lipinski’s possible departure with a pinch of salt. To be certain about the actor and character’s future in the show, we may need to wait till the fourth episode of season 3.