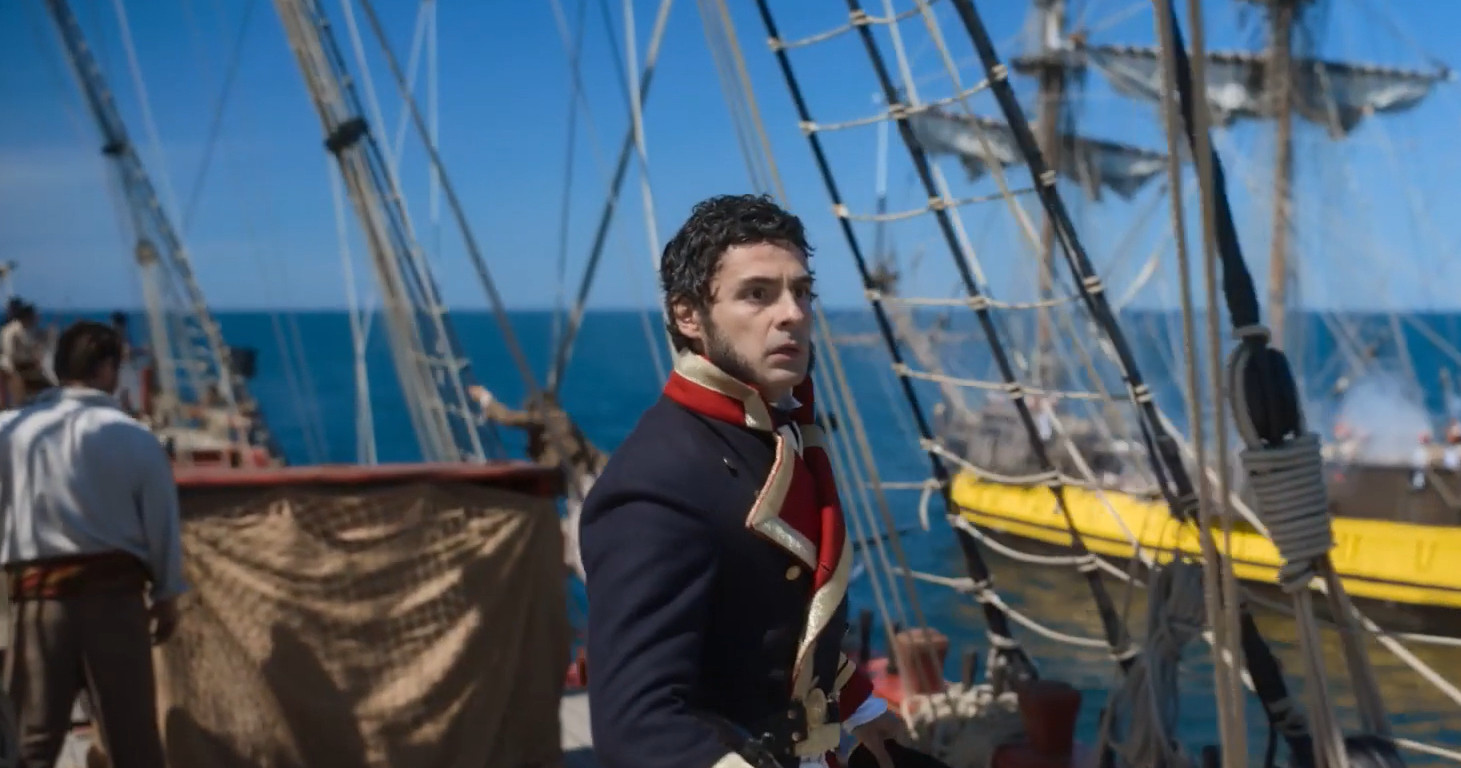 Directed by Alejandro Amenábar, ‘La Fortuna’ is a bilingual adventure drama series. It follows Álex Ventura, a young Spanish diplomat who takes help from a team of people to rescue a submerged shipwreck. But first, they need to find Frank Wild, a treasure hunter who has seized the vessel which possibly belongs to Spain.

The show is based on the graphic novel ‘El tesoro del Cisne Negro’ by Paco Roca and Guillermo Corral. It stars Álvaro Mel, Stanley Tucci, Ana Polvorosa, and T’Nia Miller, among others. The stunning visuals coupled with impeccable acting make it a must-watch for people who love this genre. So, if you want to know more about the show, we’ve got you covered!

What is La Fortuna About?

In ‘La Fortuna,’ the American treasure hunter Frank Wild and his team aboard the high-tech ship Atlantis sail across the Strait of Gibraltar. Soon, they find a cache of shells, which surprisingly turns out to be gold and silver coins worth at least half a billion dollars. Wild realizes that he has found a shipwreck stacked with riches from the early 19th century.

But as per what the Spanish authorities claim, the ship known as La Fortuna belongs to Spain. Subsequently, a few diplomats enter the picture and attempt to resolve the case. This level-headed group of deciders includes Álex Ventura, Lucia Vallarta, and American attorney Jonas Pierce, who has a long-running feud with Wild. If you want to know where you can watch this series online, we have all the options stated here!

Is La Fortuna on Netflix?

Sadly, ‘La Fortuna’ is not available on Netflix as of now. However, you may resort to other options instead, such as ‘High Seas‘ and ‘Outer Banks.’

No, ‘La Fortuna’ is currently not a part of Amazon Prime Video’s regular offerings. But it might be available as on-demand content here. In the meantime, there are other options on the platform like ‘Diablo Guardian‘ and ‘The Vineyard.’

Is La Fortuna on Hulu?

‘La Fortuna’ is not available for streaming on Hulu as of now. But if you’re into adventure and drama, you may want to check out shows like ‘Lost‘ and ‘Timeless.’

Is La Fortuna on HBO Max?

You will not find this adventure drama on the streaming platform, so you can opt for others shows like ‘Snowpiercer‘ and ‘La Unidad.’

Where to Watch La Fortuna Online?

In the USA, the show is exclusively housed by AMC+. So you can visit the website and watch it here. You can currently live-stream ‘La Fortuna’ through AMC+ on DirecTV, Sling TV, YouTube TV, and Xfinity.

How to Stream La Fortuna for Free?

YouTube TV and AMC+ provide new users with a seven-day free trial period each, so you can make use of these offers and watch at least two episodes for free. You can also explore a similar option through Amazon Prime Video as the AMC+ add-on is available on the streaming service. But eventually, you will require a subscription to watch all six episodes. Moreover, we advise against using illegal means to access content online. You can choose to pay for the websites instead and watch your favorite TV shows or movies without hassles.

Read More: Is La Fortuna Based on a True Story?