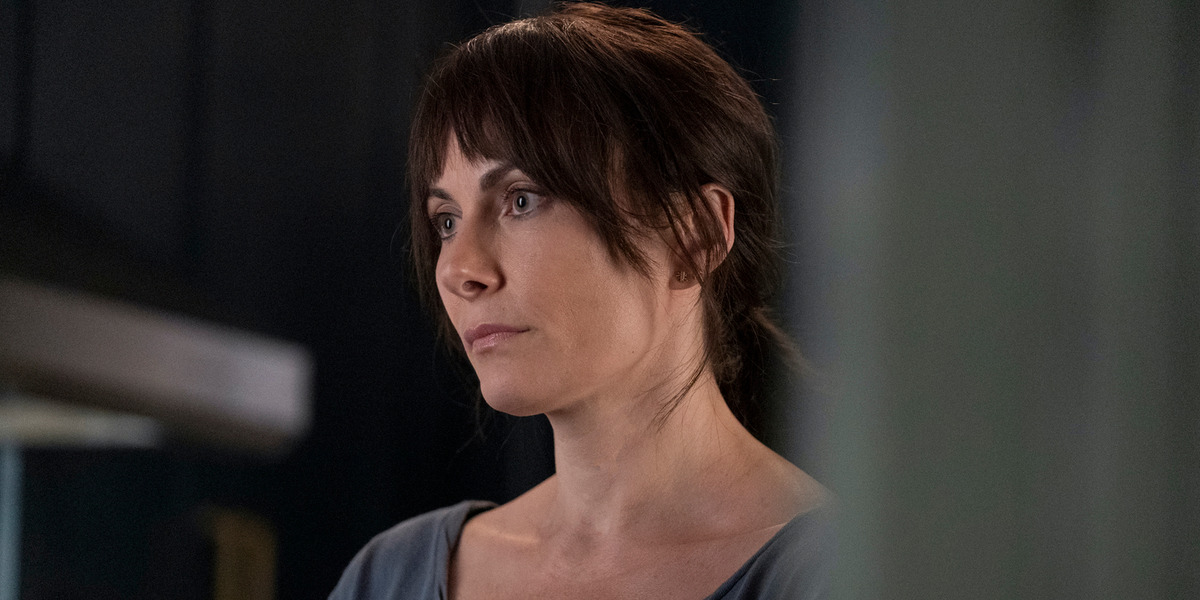 The ‘Gossip Girl‘ reboot on HBO Max returns viewers to the midst of New York’s Upper East Side elites and socialites. The teen drama series explores the conflicts faced by Julien and her friends after the return of Gossip Girl, an anonymous blogger that leaks their secrets. In the second season, Gossip Girl targets the parents of the children in a bid to bring a tangible change in the students. Gossip Girl’s efforts lead to Katherine “Kiki” Hope (Laura Benanti) making a life-altering decision. If you are looking for details about the future of Laura Benanti’s Kiki on ‘Gossip Girl,’ here is everything you need to know! SPOILERS AHEAD!

Where Did Kiki Go?

Katherine “Kiki” Hope first appears in the second episode of the ‘Gossip Girl’ reboot, titled ‘She’s Having a Maybe.’ She is the mother of Audrey Hope and a budding fashion designer struggling to get her fashion line off the ground. Kiki faces alcohol addiction, severely affecting her relationship with her daughter. Later, we learn that Kiki’s husband, William Hope, cheated on her with her assistant, Jessica Bradley, leading to their divorce. In the second season, Kiki prepares to launch her fashion line but faces the re-emergence of William and Jessica. In the seventh episode, titled ‘Dress Me Up! Dress Me Down!‘ Jessica uses Julien to upstage Kiki.

Jessica tricks Julien into conducting a stop-the-story session under the guise of apologizing to Kiki. However, Jessica accuses Kiki of stealing her designs during the interview. Moreover, Julien wears the same dress as Jessica during the launch, destroying Kiki’s credibility and career. As a result, Kiki again falls into depression and starts drinking without Audrey’s knowledge. In the eighth episode, titled ‘Y Lu’s Mamá También,’ Audrey takes revenge on Jessica by discrediting her, but Gossip Girl blames the situation on Kiki. Consequently, Kiki realizes her issue and decides to visit a rehab facility.

In ‘Gossip Girl’ actress Laura Benanti essays the role of Katherine “Kiki” Hope. The actress made her screen debut in 2005 and is known for appearances in several films, shows, and stage plays. Benanti rose to prominence with her recurring role as Mia in the medical drama series ‘Nurse Jackie.’ Some viewers might recognize the actress as Alura Zor-El/Astra In-Ze in the superhero drama series ‘Supergirl.’ Benanti is also known for portraying Quinn Tyler in the drama series ‘Younger.’ She is credited as a series regular for the second season of ‘Gossip Girl.’

Given the developments surrounding Benanti’s character in the second season, viewers might wonder if she is exiting the series. The actress also has a recurring part in the HBO period drama series ‘The Gilded Age.’ She is also expected to appear in the upcoming horror film ‘The Shade’ and the Jennifer Lawrence-led comedy ‘No Hard Feelings.’ Therefore, it is likely that Benanti might not be available for future episodes of ‘Gossip Girl.’ However, the actress is yet to officially announce her exit from the show.

Moreover, her character’s storyline is open-ended, leaving the door open for appearances in future episodes. With Kiki heading to rehab, it would not be a surprise if Benanti does not appear in the remaining two episodes of the second season. On the other hand, her character’s storyline seems to be a creative choice to further Kiki’s story arc. Hence, it is likely that Benanti will return for the third season if the teen drama secures a renewal.

Read More: Who is the Benefactor? Who is Blackmailing Mike in Gossip Girl?