Is Lightyear on Netflix, Disney+, HBO Max, Hulu, or Prime? 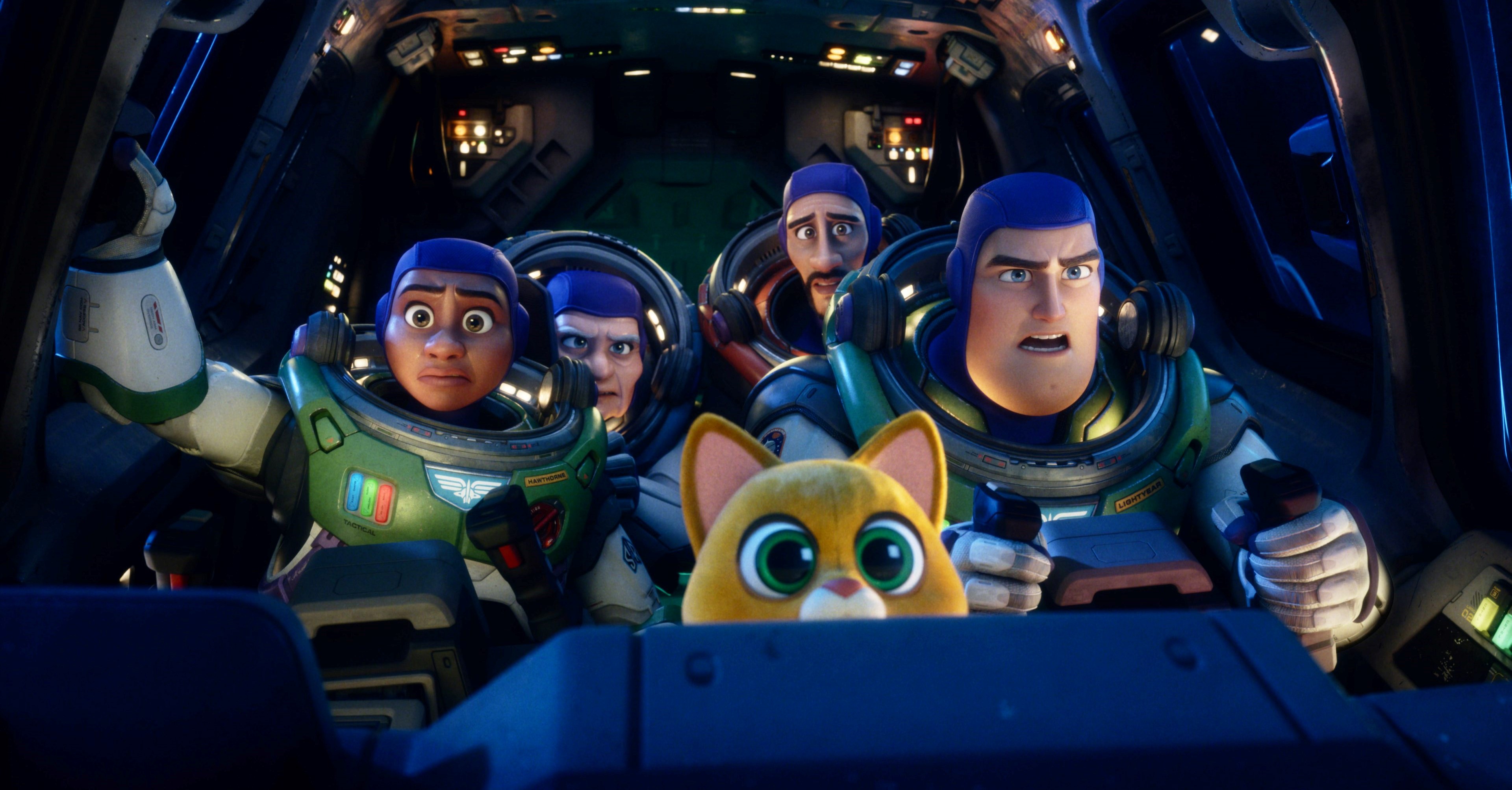 A spin-off of the ‘Toy Story‘ film series, ‘Lightyear’ is an animated action-adventure movie that serves as an origin story for Buzz Lightyear — one of the protagonists in the original films. Directed and co-written by Angus MacLane, the animated film stars some Hollywood heavyweights in its voice cast, including Chris Evans, Keke Palmer, James Brolin, Dale Soules, and Peter Sohn. If you are a fan of the original movies, you might have always been intrigued to know about the origins of the heroic Buzz Lightyear. Allow us to share all the information you need about the movie and how you can watch it!

What is Lightyear About?

The narrative revolves around the earlier years of the titular character, who is trapped on a foreign and hostile planet with his crew. The space ranger takes the lead and attempts to rescue himself and the others by finding a way back home through space and time. If that burden isn’t enough, he must also keep the universe safe and intact as he encounters Zurg and his army, who have a sinister plan on their mind. So, are you interested in seeing Buzz in action as he saves the universe? For that, you would have to watch the film yourself and here are all the ways you can do so!

Is Lightyear on Netflix?

Although ‘Lightyear’ is not available to stream on Netflix, there are several other alternatives the subscribers can turn to, thanks to the streaming giant’s expansive catalog. You will likely enjoy movies such as ‘The Mitchells vs. The Machines‘ and ‘Apollo 10 1/2: A Space Age Childhood.’

Is Lightyear on Hulu?

Hulu subscribers will need to look for ‘Lightyear’ on other streaming platforms as it is not accessible on the streaming service. However, you have the option of tuning into similar animated sci-fi movies on Hulu, like ‘Robots‘ and ‘Astro Boy.’

Is Lightyear on Amazon Prime Video?

No, ‘Lightyear’ is not a part of the massive library of content that Amazon Prime Video boasts of. Instead, you can put your subscription to good use and find other alternatives to watch. We believe you might enjoy watching ‘Megamind‘ and ‘Sonic the Hedgehog.’

Is Lightyear on HBO Max?

HBO subscribers may not be in luck as the streamer does not offer the animated movie. But if you are a subscriber of the platform, there are other alternatives you can add to your watchlist, such as ‘Spark: A Space Tail‘ and ‘Scoob!.’

Is Lightyear on Disney+?

‘Lightyear’ might not be available on Disney+ as of yet, but we expect it to arrive on the streamer soon after it has spent enough time in theatres. Until then, you can turn to the original movies that are at your disposal, including ‘Toy Story‘ and ‘Toy Story 2.’

Where to Watch Lightyear Online?

Since ‘Lightyear’ has been released exclusively in theatres, for now, there is no way for you to watch the animated movie on any of the digital platforms. Currently, the only way you can watch the origin story of Buzz Lightyear is on the big screen. So, if you cannot wait to watch the movie, you can check out show timings and book tickets on Disney’s official website and Fandango.

How to Stream Lightyear for Free?

As mentioned above, the animated action-adventure movie is unavailable for streaming on any of the online platforms, which means that there is currently no way for you to stream ‘Lightyear’ for free. All you can do is hope it lands soon on any digital platforms offering a free trial to their new users, unlike Disney+. Regardless, we always encourage our readers to pay for the content they wish to consume and support the art of cinema.