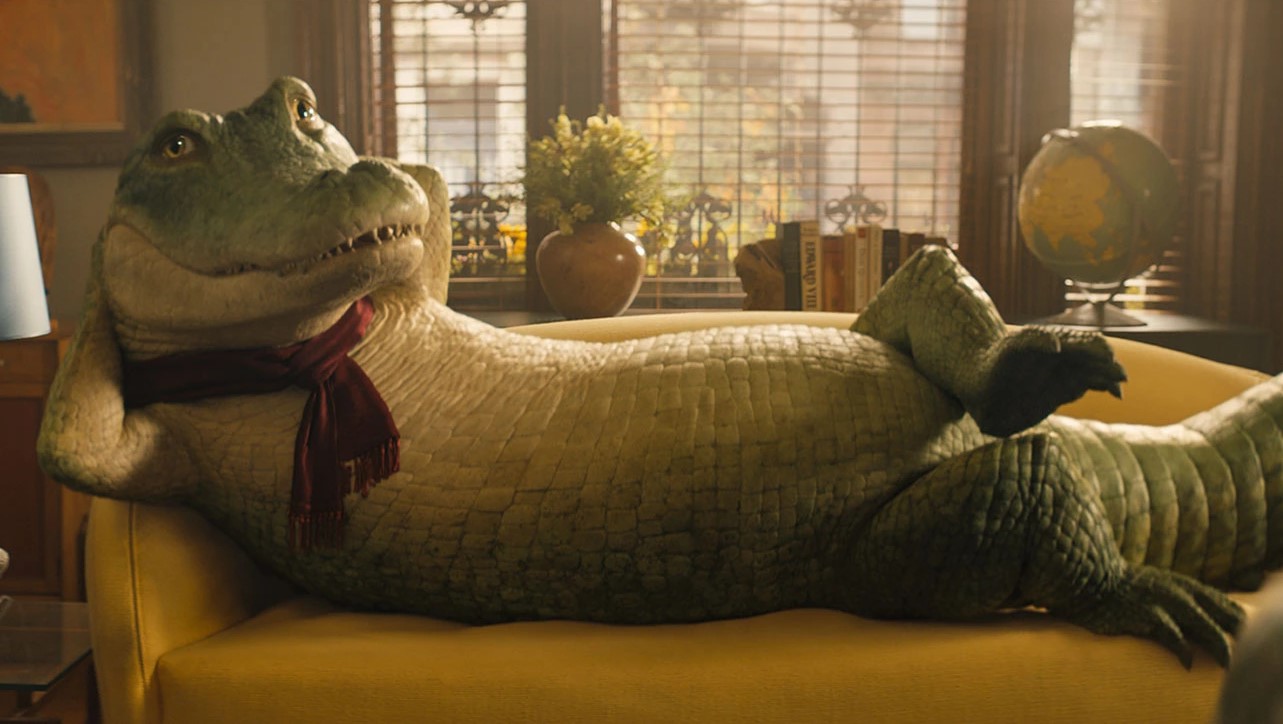 Based on the eponymous children’s book and its prequel ‘The House on East 88th Street’ by Bernard Wabe, ‘Lyle, Lyle, Crocodile’ is an animated live-action musical comedy movie that revolves around a singing saltwater crocodile named Lyle. It depicts how Lyle helps young Josh Primm settle into his new home in New York City and shares a beautiful message on finding friends when you least expect to.

Directed by Will Speck and Josh Gordon, the delightful children’s movie boasts a talented cast, including Shawn Mendes, Constance Wu, Javier Bardem, and Winslow Fegley, among others. So, if you are curious to know more about the movie, we have you covered!

What Is Lyle, Lyle, Crocodile About?

Josh Primm moves into a New York City house with his family and finds Lyle, the singing saltwater crocodile living in his attic. Although the young boy finds life in the city quite challenging, the latter helps him ease into it with some genuinely delightful songs and even takes him and his family around the city. However, their friendship is cut short by their neighbor, Mr. Grumps, who wants Lyle gone forever.

Thus, with evil around the corner, the Primms and Lyle’s owner team up to save him once and for all. To know what happens next with the friendly crocodile, you need to watch the movie, and here’s how you can do so!

Is Lyle, Lyle, Crocodile On Netflix?

Unfortunately, ‘Lyle, Lyle, Crocodile’ is not a part of Netflix’s massive content library. Nevertheless, if you’re in the mood for some delightful children’s movies, we recommend you try ‘The Sea Beast‘ and ‘Klaus.’

Is Lyle, Lyle, Crocodile on Hulu?

We are sad to report that Hulu subscribers will not be able to watch ‘Lyle, Lyle, Crocodile’ on the streaming platform. However, if you are looking for an excellent family movie, Hulu has some fantastic offerings, including ‘Hotel Translyvania,’ ‘Dolphin Tale, and ‘Spirit Untamed.’

We have disappointing news for HBO Max subscribers as ‘Lyle, Lyle, Crocodile’ is unavailable to watch on the streaming site. Albeit, for people interested in a feel-good movie, we are happy to recommend alternatives such as ‘The Adventures of Tintin,’ ‘The Polar Express,‘ and ‘Kung Fu Panda.’

Since ‘Lyle, Lyle, Crocodile’ has had an exclusive theatrical release, it isn’t available to stream online. Hence, if you cannot wait to catch the heartwarming children’s film, we recommend you visit your nearest theatre. For that, you can check show timings and movie tickets on the movie’s official website or Fandango.

How To Watch Lyle, Lyle, Crocodile For Free?

Unfortunately, ‘Lyle, Lyle, Crocodile’ is playing in limited theaters and cannot be watched for free online. But if you are unwilling to visit a movie theatre, the best course of action would be to wait until it arrives on a streaming platform that offers a free trial. That said, we recommend our readers pay for their entertainment and not use illegal methods to watch the movie.