Is Mack and Rita on Netflix, HBO Max, Hulu, or Prime? 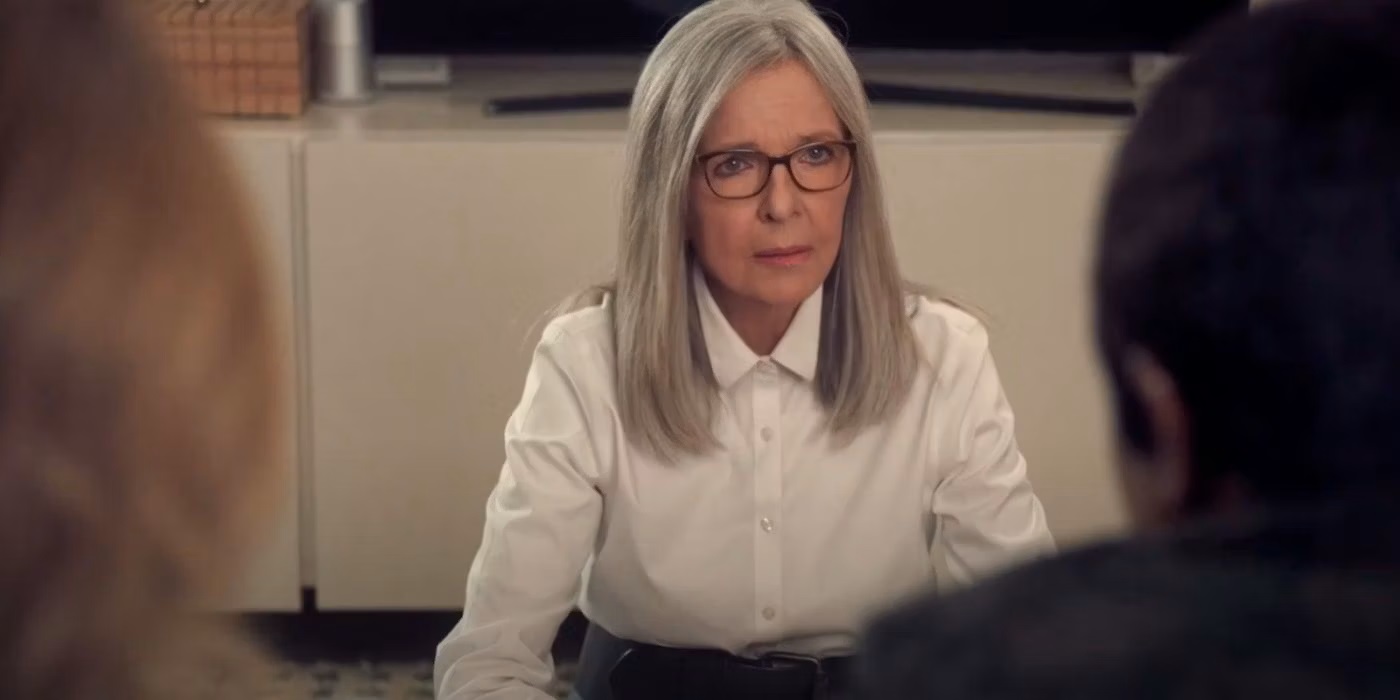 Directed by Katie Aselton, ‘Mack & Rita’ is a comedy movie that revolves around a woman named Mack Martin. From a young age, Rota has always felt older than her years and even wrote a book expressing the same feelings. At the age of 30, MAck is invited to join her best friend Carla’s bachelorette trip to Palm Springs, Florida. However, when an unexpected event literally turns her into the 70-year-old she has always wanted to be, things start to look a little bleak. Mack soon dons the persona of Aunt Rita and decides to be what she has always wanted to be at heart.

As the days go by, Mack/Rita discover more and more about themselves and explore the new developments in their lives. Starring Diane Keaton, Elizabeth Lail, Taylour Paige, and Dustin Milligan, the comedy movie cleverly combines a beloved magical trope into the modern world. The film’s underlying message of being true to one’s inner self is conveyed in a heartwarming manner. For those interested in checking out the movie, here’s a guide on how to do it!

What is Mack & Rita About?

‘Mack & Rita’ follows Mack Martin, a 30-year-old writer who has always felt like an older soul. During the bachelorette trip to Palm Springs, Mack cannot help but feel out of place amongst the celebrations for her best friend Carla’s upcoming nuptials. Through a strange turn of events, Mack’s long-time wish of being the 70-year-old she has always felt like comes true. However, navigating the circumstances is certainly not easy. Despite the initial bafflement and horror, Mack quickly dons the persona of Rita, who is supposed to be the writer’s own aunt. Her new life presents her with never-before-seen opportunities, and Mack soon realizes how important it is to be true to her inner self. If the movie’s premise has intrigued you, then here’s how you can watch it.

Is Mack & Rita on Netflix?

No, ‘Mack & Rita’ is not a part of Netflix’s media library. However, the streaming giant does offer similar movies like ‘Senior Year.’ Starring Rebel Wilson, the movie follows Stephanie Conway, a 17-year-old who goes into a coma due to a cheerleading incident. When she wakes up 20 years later, the world has moved on, and she is now a 17-year-old trapped in the body of a 37-year-old. In order to reclaim her life, Stephanie decides to back and win the title of prom queen.

Hulu does not have ‘Mack & Rita’ on its platform. Those interested in the Diane Keaton starrer can check out ‘A Christmas Switch.’ It follows two women, Audrey and Julia, who wake in each other’s bodies a few days before Christmas. As the two try to manage each other’s life, they learn several valuable lessons along the way.

Is Mack & Rita on Amazon Prime?

‘Mack & Rita’ is not available on Amazon Prime. Instead, users can utilize their membership to watch alternatives like ‘The Hot Chick.’ The film revolves around a mean and popular high school girl who is turned into a 30-year-old man due to a curse.

While ‘Mack & Rita’ is not available on HBO Max, the platform does offer similar films such as ‘13 Going on 30‘ and ‘17 Again.’ Both movies provide their own spin to the tale of a character going through an age change. Jennifer Garner‘s character in the former film travels through time, and Matthew Perry’s character in the latter literally gains back his 17-year-old body and is played by Zac Efron.

Where to Watch Mack & Rita Online?

As of writing, ‘Mack & Rita’ is only available in theatres. You can check out the comedy movie in theatres near you by booking tickets here!

How to Stream Mack & Rita for Free?

Since ‘Mack & Rita’ is not available on any online platform, you cannot watch it for free. We urge our readers to not watch the movie through any illegal means. Paying for relevant channels helps support those who work hard to entertain you.

Read More: Where Was 17 Again Filmed?